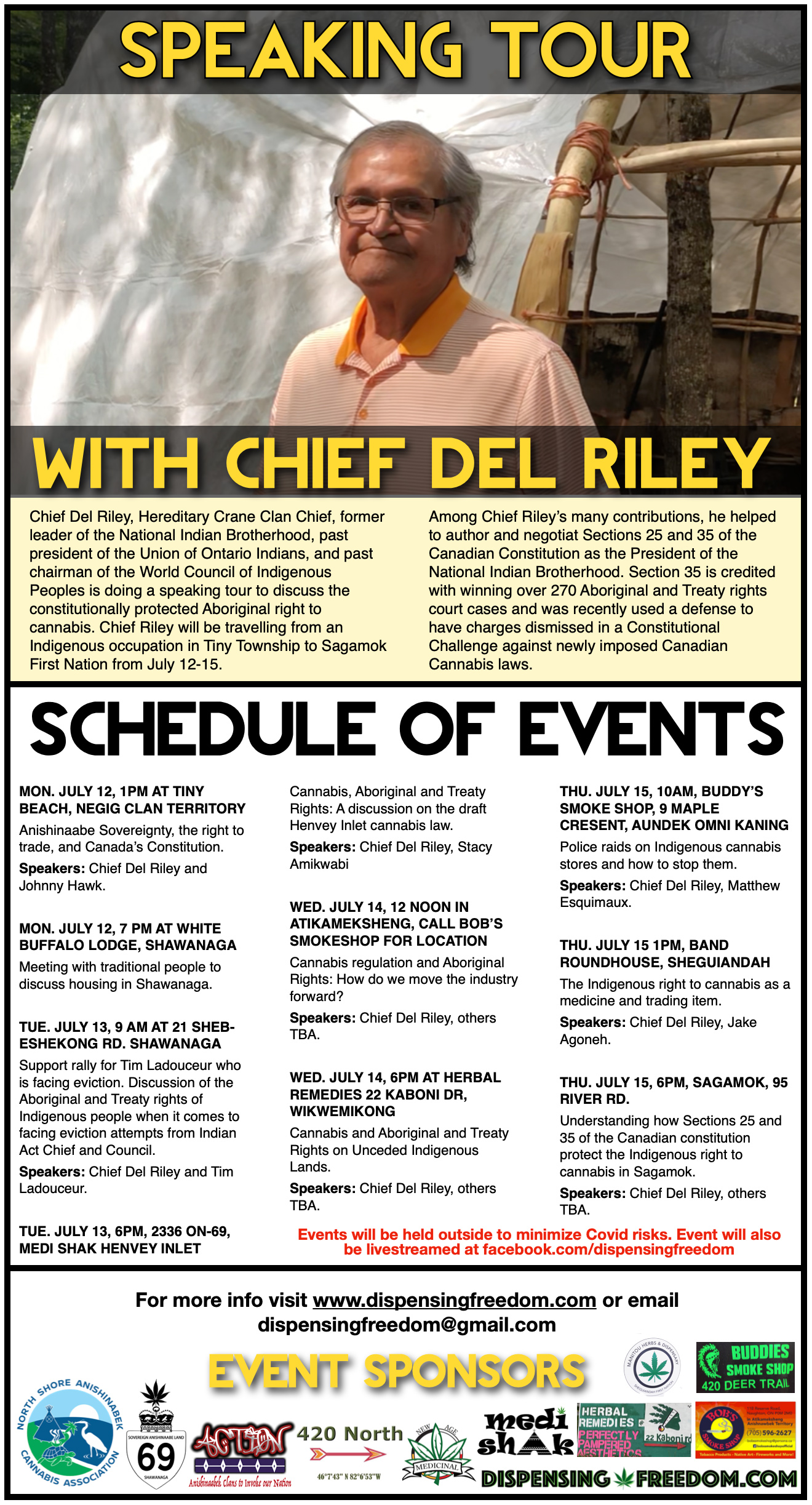 Chief Del Riley, Hereditary Crane Clan Chief, former leader of the National Indian Brotherhood, past president of the Union of Ontario Indians, and past chairman of the World Council of Indigenous Peoples is doing a speaking tour to discuss the constitutionally protected Aboriginal right to cannabis. Chief Riley will be travelling from an Indigenous occupation in Tiny Township to Sagamok First Nation from July 12-15.

Among Chief Riley’s many contributions, he helped to author and negotiat Sections 25 and 35 of the Canadian Constitution as the President of the National Indian Brotherhood. Section 35 is credited with winning over 270 Aboriginal and Treaty rights court cases and was recently used a defense to have charges dismissed in a Constitutional Challenge against newly imposed Canadian Cannabis laws.

Dispensing Freedom will be streaming Chief Riley’s presentations in various communities on our Facebook Page.