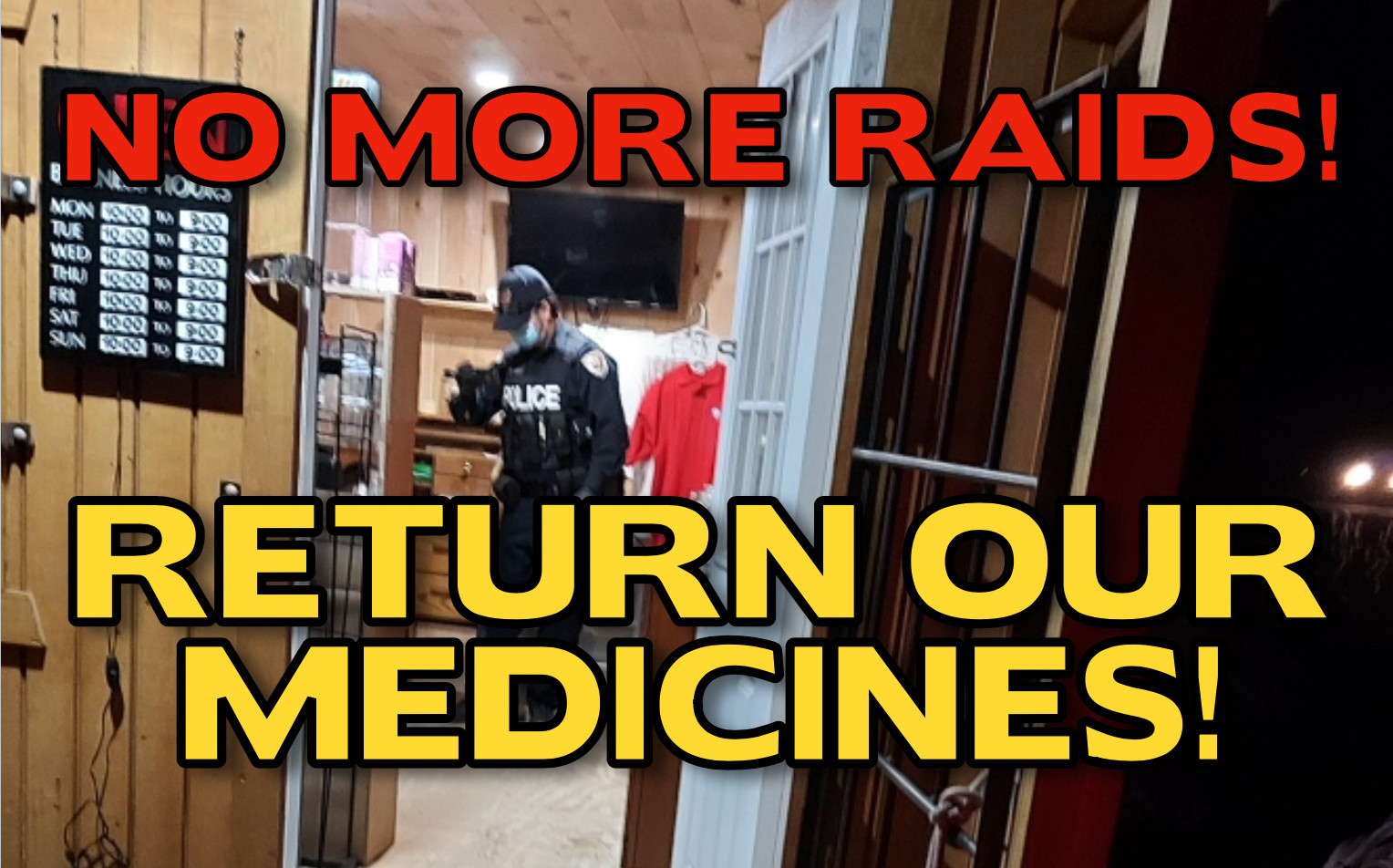 Protest convoy to APS detachment in Wasauksing led by Chief Del Riley to leave Shawanaga Monday, March 22nd at 10am.

Cannabis is legal on the unceded Indigenous land where the store is located. The people of Shawanaga support cannabis, and they have the Aboriginal right to provide medicines and to sustain themselves from creation.

The High-Way 69 Medical Cannabis dispensary has retained hereditary Crane Clan Chief Del Riley as a representative. Chief Riley was one of the negotiators and authors of Sections 25 and 35 of the Canadian Constitution. According to Chief Riley, “Indigenous people have the constitutionally protected right to operate their own cannabis stores free of Provincial, Federal, or Band Council Regulation.”