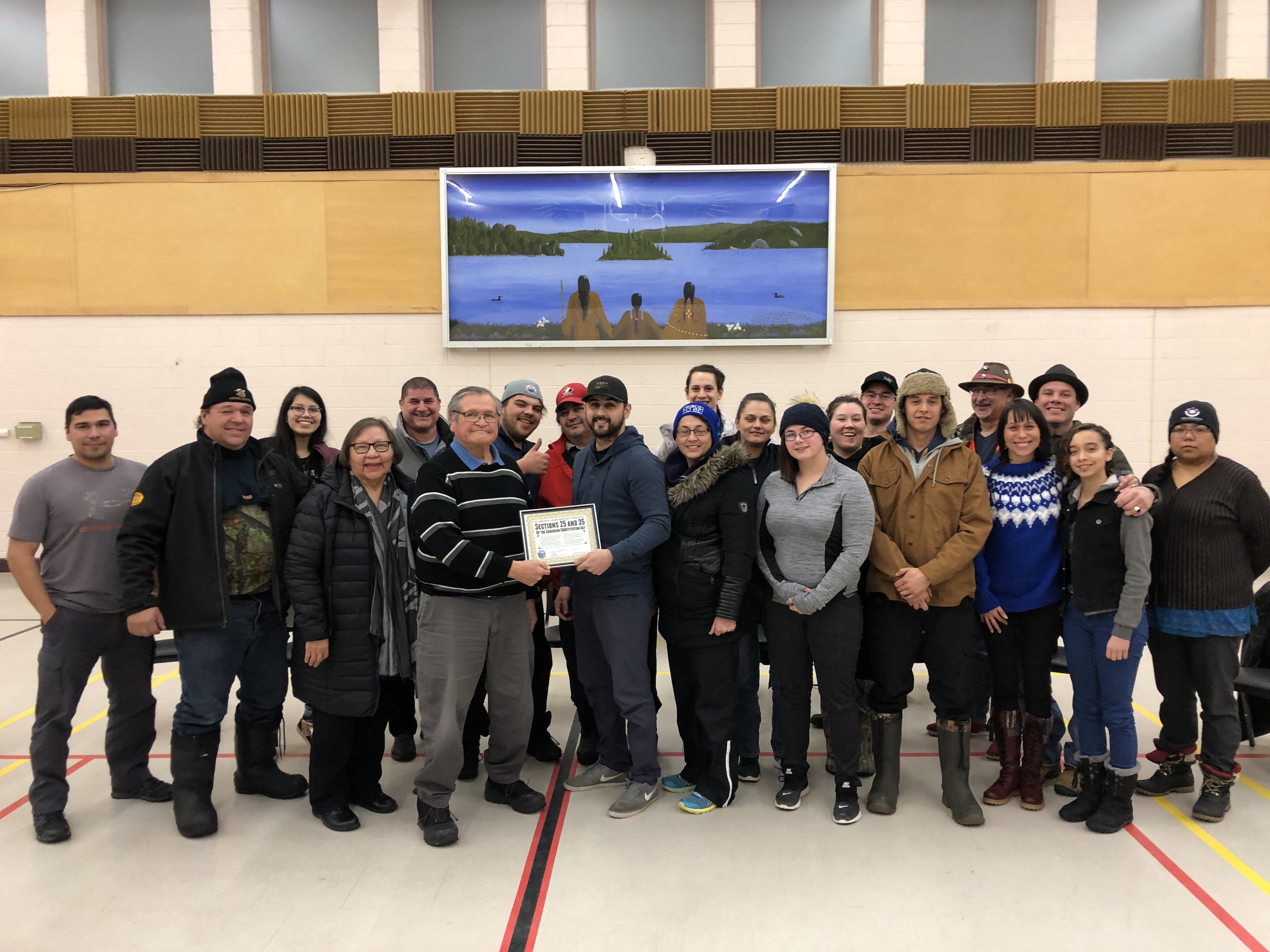 ATIKAMEKSHENG ANISHNAWBEK TERRITORY – There are few people in Canada with a greater understanding of Sections 25 and 35 of the Canadian Constitution – provisions that protect Aboriginal and Treaty rights – than Del Riley. That’s because Riley, a lifelong fighter for Indigenous rights and a 76 year old hereditary Chief of the Chippewa Crane Clan, wrote those sections of the Constitution while head of the National Indian Brotherhood (the precursor to the Assembly of First Nations) and successfully negotiated for their inclusion.

Riley, with a lifetime of leadership at every level of Indigenous politics – local, regional, national and international – is now turning his mind to the issue of cannabis, and believes that Sections 25 and 35 of the Constitution Act can be used to protect the Indigenous right to use cannabis as a medicine and means of economic sustenance.

In a context in which numerous Over the last several weeks, Riley has given a series of public talks about his views on how Section 35 opens the door for Indigenous people to freely trade in cannabis on their own lands. In his presentation in Garden River, where he spoke on December 19th, 2019, Riley argued that:

“We’ve got to go to what our traditional way of dealing with this. And you’re not going to find it in books. You’ve got a situation where businesses have always been allowed to happen in First Nations. That means that there’s been passive acceptance of the community of it, which is their Aboriginal Right. The province and the feds can’t touch that. Chief and Council has nowhere to turn because the Indian Act doesn’t deal with that and they have no authority. In the future you’re going to have to work something out so that everyone in the community can get along.”

Riley has also been signing and distributing certificates asserting that in his understanding as the author and primary negotiator of Sections 25 and 35, Indigenous cannabis dispensaries are protected under the Constitution as long as they are operating on a traditional basis in accordance with their customs and conventions.

In collaboration with the North Shore Cannabis Association, Riley has distributed these certificates to Indigenous cannabis dispensaries on Anishinabek territories in Thessalon, Garden River, Serpent River, and Atikameksheng.

Riley will next be speaking at the Biannual Gathering of the North Shore Anishinabek Cannabis Association which is being held on Saturday January 25th, in the Atikameksheng Community Centre. The gathering will bring together Anishinabek cannabis growers, retailers and consumers, and is seeking to self-regulate the cannabis industry in a manner compatible with Anishinabek culture and custom. A report from the founding meeting of the association can be viewed here.

Riley continues his speaking tour with a talk at the Four Directions complex in Aundek Omni Kaning at 12pm on Sunday, January 26th.

Riley will then speak at the Cape Croker Community Centre on February 9th, 2020. Further spots on the tour are planned and will be announced in the coming weeks.