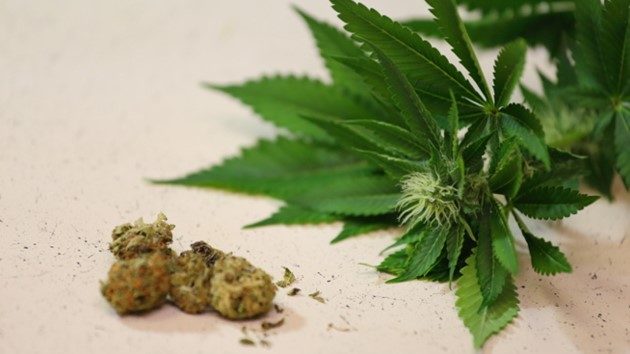 From cannabisnow.com link to article by Bill Weinberg, August 22 2019

Canada’s indigenous peoples, known as First Nations, want to get in on the legal cannabis action — or, in some cases, to continue to prohibit marijuana, in spite of federal legalization.

Some view cannabis as a ticket out of poverty. Others see it as a lure to further substance abuse, a deeply entrenched problem on many First Nations reserves. Either way, they are asserting their sovereign right to set cannabis policy in their own territories and some important test cases are shaping up in the process.

The Alcohol & Gaming Commission of Ontario last week announced a decision on who can apply to operate cannabis outlets on First Nations reserves in the province. The Shawanaga, Serpent River, Chapleau Cree, Couchiching, Mississauga, Wahgoshig, Wiikwemkoong and Nipissing First Nations were all cleared to have their applications considered.

But Nipissing First Nation Chief Scott McLeod told the Canadian Broadcasting Corporation that there are still no formal agreements worked out with Canada’s federal government over jurisdiction. He also asserted that the right to set cannabis policy on First Nation territory is a matter of sovereignty.

Referring to the individual applicant on the reserve in northeastern Ontario, Zachary Lacelle, Chief McLeod said: “You know we support the individual, but we don’t necessarily support the idea that the province has jurisdiction in our First Nation lands. So, we’re still pursuing the avenue of working out a bilateral agreement with the federal government so we can maintain jurisdiction and the creation of laws in our land.”

He also decried the fact that no provisions for First Nations had been written into the Cannabis Act, which took effect last October. “We have not been able to access a safe, legal supply of cannabis because we were left out of the federal legislation. [But] we didn’t want to stand in the way of our individuals who wanted to partake in this economic opportunity.”

The Chiefs of Ontario issued a statement in June asserting that it is up to each First Nation to decide the status of cannabis in its territory, and to decide how it will be administered. The statement followed a motion passed at the 45th Annual All Ontario Chiefs Conference in Sault Ste. Marie, exerting control over all matters related to cannabis on First Nation lands.

The resolution reads: “There was little or no community consultation by the federal government and there are still no provisions in the legislation which address First Nation social and cultural needs, and rights to economic development, health, and public safety.” It acknowledges that First Nations may consider following federal and provincial regulations, but clearly states that they have the jurisdiction to establish their own laws and regulatory framework. This includes “regulation of the growth, processing and sale of cannabis and in all its derivatives.”

“First Nations must have their autonomy and authority recognized as rights holders at the table as governments when asserting their interests in the cannabis sector,” the resolution states.

On Aug. 21, the Wiikwemkoong Unceded Territory on Lake Huron’s Manitoulin Island became Ontario’s first First Nation to win approval from the Alcohol & Gaming Commission to open a cannabis outlet. As the Manitoulin Express reports, the store will actually be in an industrial park just outside the limits of the reserve.

A case that has become emblematic of the contradictions facing Canada’s indigenous peoples and cannabis policy is that of the Muscowpetung First Nation on the prairie of Saskatchewan. Since last November, officials have been demanding the closure of a cannabis retail outlet operating on the reserve without provincial authorization. So far, the Muscowpetung have prevailed.

The Muscowpetung passed their own Cannabis Act last year, and opened a store on the reserve which continues to operate today. The store, dubbed Mino-Maskihki (“good medicine”), advertises recreational and medicinal cannabis products on its Facebook page.

Muscowpetung leaders and provincial Justice Minister Don Morgan met in Regina late last year to discuss the matter, but nothing was resolved. As the Canadian Press reports, the question remains pending before the provincial courts. Chief Anthony Cappo maintains that the First Nation has a sovereign right to pass its own cannabis regulations.

“It’s still operating under their jurisdiction. They gave themselves a permit,” Cherish Francis, who speaks for the Muscowpetung, told the Canadian Press earlier this year. “In our opinion… they do have a license because it’s their land and their territory.”