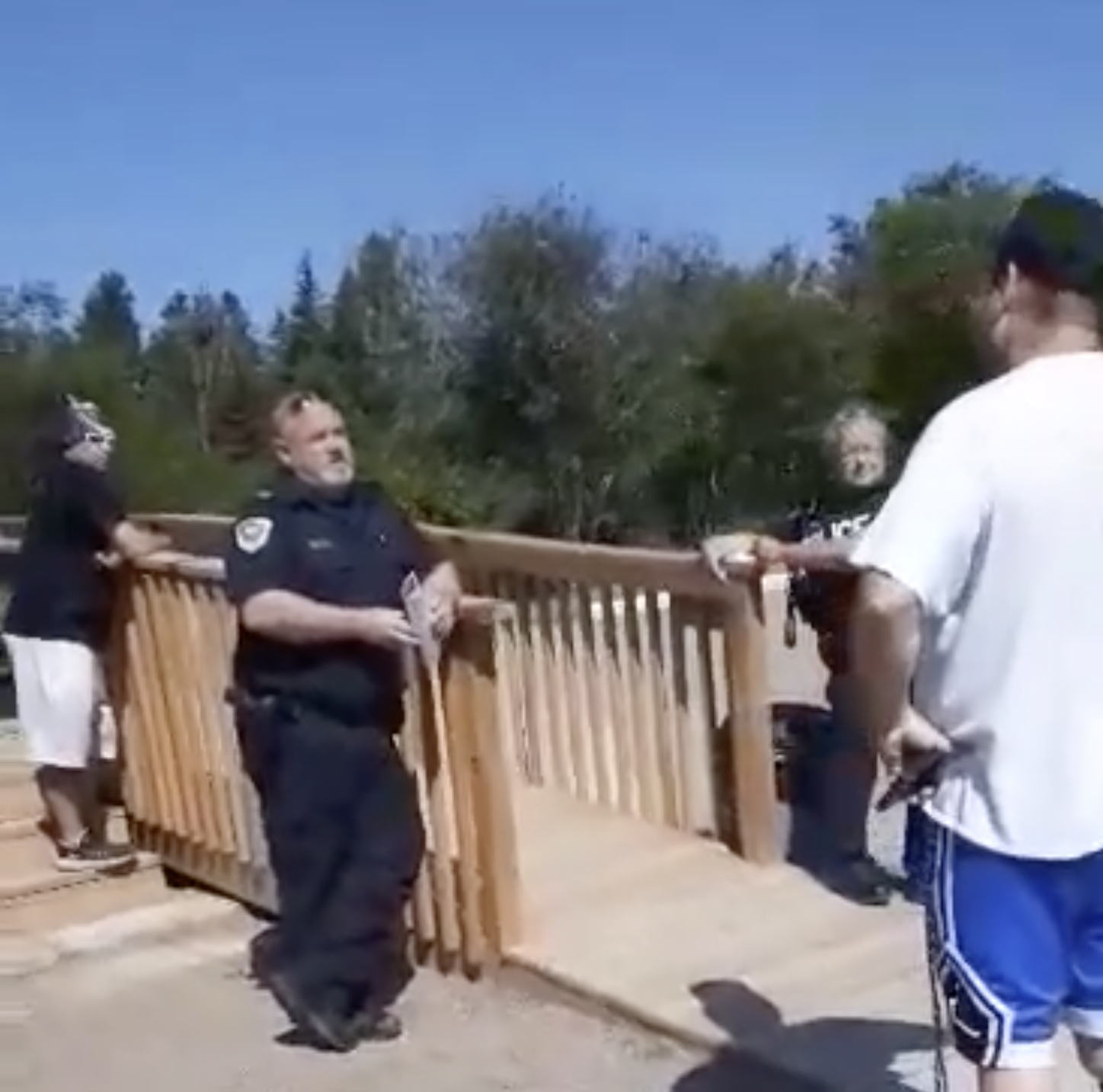 But both Chief and Council and the APS try and shift blame for who’s actually behind the potential raids.

GARDEN RIVER FIRST NATION – On Tuesday, June 16  2020, Police Officers from the Anishinabek Police Services (APS), a body funded by and operating in accordance with Provincial and Federal governments, threatened four cannabis dispensaries on unceded Indian lands with raids if they return to business after the Covid-19 barricades in their community were lifted.

The June 11th 2020, letter from Chief and Council re-iterated the so-called “moratorium” it passed in 2018, and states that the Council intends to pass a “Cannabis Law” in July or August of 2020. The letter claims that “we have been informed by Anishinabek Police Services that retailers and producers of Cannabis operating without a license on the GRFN reserve will face legal consequences” and seeks to shift blame for any raids on cannabis shops to the APS.

However, in direct contradiction to Chief and Council’s statement which seeks to place blame for any potential raid on “legal consequences” stemming from the initiative of the APS, the APS indicated that they are taking their lead from Chief and Council, who may have their own interests in entering the cannabis industry.

In a video filmed by staff outside of The Temple Medicinal cannabis dispensary in Garden River, Officer Chris Thibodeault said “Chief and Council has issued a reminder that the moratorium is still in place and that they still don’t want anybody to reopen. If you reopen, what’s going to happen, is that they’re going to let us know. If they don’t agree with it, we’re going to have to go criminally under the CBSA.”

Officer Thibodeault stated that the letter had been delivered to all four Indigenous cannabis dispensaries on reserve.  “Essentially the stance right now is that if Chief and Council are okay with it, then we’re okay with it. But if they’re not, then it’s to gotta go right through the CBSA.” Thibodeault added that, “Just so the employees know as well, what’s happened in the past, is that when these things happen (cause we’re doing them all over the province) it won’t only be the owner [that’s charged], it will be anyone that’s working in there as well. Technically they’re trafficking.”

The threats to call police on community members come on the heels of efforts by Chief and Council of the nearby Batchewana First Nation to criminalize Brendan Syrette, the owner of The Ranch for using proceeds from his dispensary to build a community garden to feed 1000 people. Syrette has received widespread support for his initiative and articulates his fundamental right as an Anishinaabe man to benefit from and use creation as a medicine and means to support his family.

Controversy over cannabis at Garden River is nothing new to the community. On December 10th 2019, over 50 Garden River FN members rallied for an hour and a half outside of the Elected Band Council Offices in -15º weather to express their disagreement with Band Council’s cannabis policy and their failure to take into account or consult community members.

On December 19th, Hereditary Crane Clan Chief Del Riley, the former head of the National Indian Brotherhood (the precursor of the AFN) and the head Indigenous negotiator of the 1982 Canada Constitution Act made a presentation in Garden River where he explained that Anishinaabe people had every right to operate cannabis dispensaries in accordance with the customs and conventions of their people.

Garden River cannabis operators are particularly concerned about the way in which Chief and Council has forged ahead in working with Bimaadzwin Inc. a non-Indigenous owned business to create a “Cannabis Law” for the territory when the Indian Act Band Councils lack the jurisdiction to regulate cannabis. A leaked copy of a 144 page report prepared for Band Council Bimaadzwin Inc. advocated the integration of the Garden River cannabis industry into a system “mirrored” to the  Federal government and involving an 8% “tax” on all cannabis sales.

On January 10th, 2020 a letter was sent by dispensary owners to Chief and Council including a lengthy critique of Bimaadzwin’s framework. No response or further engagement has been had from Chief and Council since they scheduled a meeting with the store owners and then cancelled at the last moment.

The response of Indigenous cannabis dispensaries in Garden River has been to keep their stores open, to create their own cannabis association, and to insist that they have the right to provide medicines to their people on their own unceded lands.

As for when to expect a raid, Officer Thibodeault was vague. “I’m not saying it’s going to happen this afternoon, tomorrow, the day after, I don’t know. Cause I’m going to need help, especially if all four are still serving. So I don’t know when.”

The most recent raid of Indigenous cannabis businesses happened in Oneida Nation of Thames in South Western Ontario on June 4th, 2020. Over 100 OPP officers in 25 vehicles arrived to raid three cannabis dispensaries and three tobacco stores operating in accordance with traditional governance structures.

The OPP officers pointed guns at a 14 year old girl and repeatedly tasered a 48 year old man in the raid who they neglected to provide medical attention for and brought to the station with Taser darts still embedded in his flesh.

After the raid, community members immediately occupied the Band Council political office for five days, and in the process discovered that Band Council was advancing with a secret plan through a numbered corporation to build a casino on the lands where the shops were raided. The Oneida shops re-opened hours after the raid.