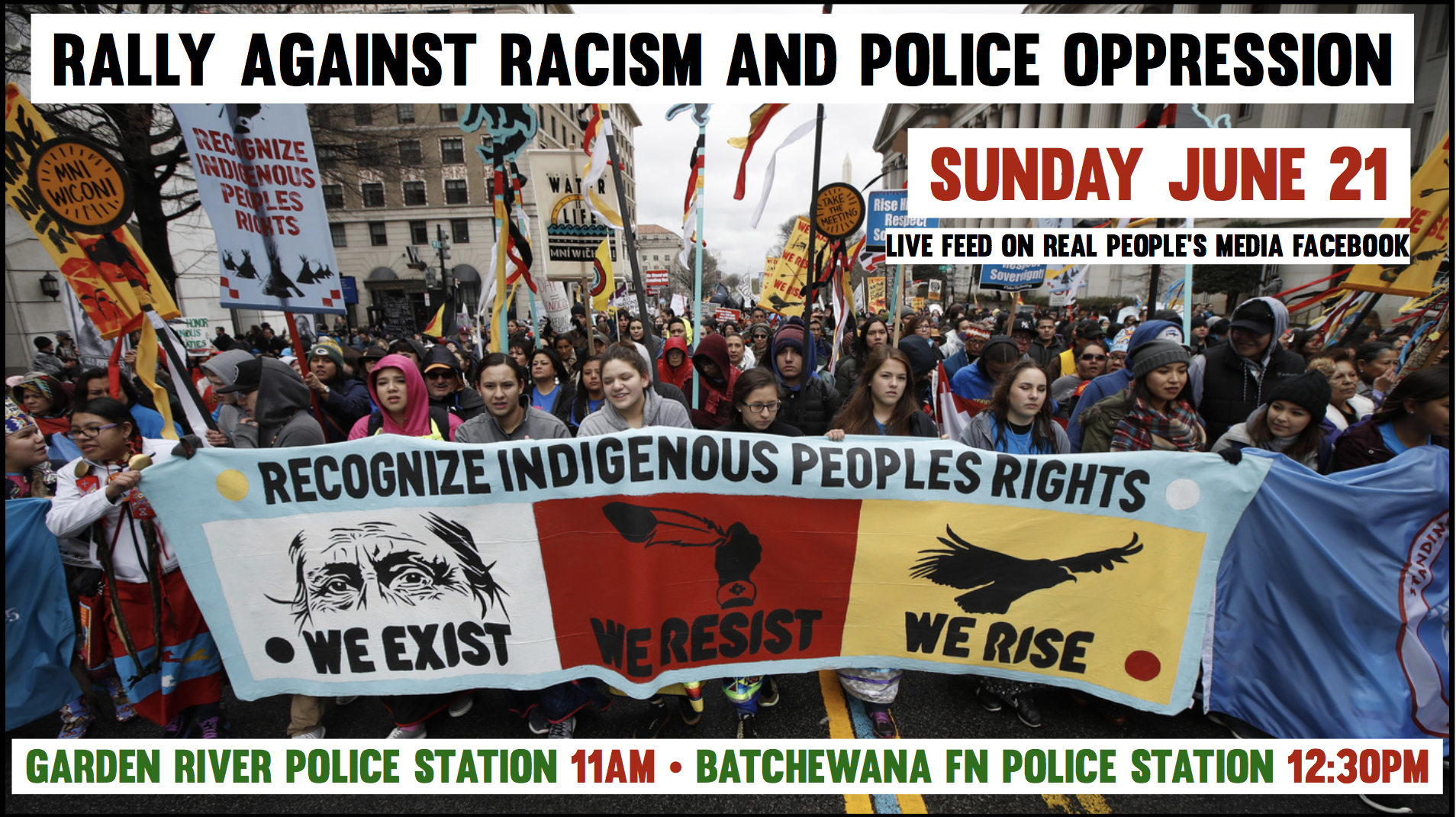 Rallies on National Aboriginal Day to take place outside police buildings in Garden River and Batchewana at 11:00am and 12:30pm on Sunday, June 21st.

SAULT STE MARIE – Supporters of Indigenous Cannabis dispensaries are holding a rally outside police stations in Garden River and Batchewana First Nation on National Aboriginal Day this Sunday, June 21st to take a stand against racism and police oppression in Ojibway territories.

The rallies come in the wake of the Anishinabek Police Services (a federal and provincially funded police force) issuing threats to raid cannabis dispensaries on unceded Indian lands in Garden River, and efforts by Indian Act Chief and Council to shut down cannabis dispensaries and a community garden in unceded Territory in Batchewana.

The rally will begin at the APS police headquarters in Garden River at 1436 Highway 17 B, at 11:00am, and then will continue to the Batchewana Police station at 52 Nebenaigoching St. at 12:30pm. Grand Chief Del Riley (author of Sections 25 and 35 of the Canadian Constitution and former Chief of the National Indian Brotherhood) and representatives of the North Shore Anishinabek Cannabis Association and the Ketegaunseebee Medzin Society will address those in attendance on the topic of racism and police violence as it relates to the Indigenous Cannabis industry. They will then hand deliver a message to both policing agencies.

The June 21st event is occurring on National Aboriginal Day, the summer solstice, and Father’s Day. Sunday’s rallies are also happening in the context of the #blacklivesmatter movement against police brutality, that has been removing statues of colonial oppressors across Turtle Island and calling for the defunding and/or abolition of the police.

In the past two months Canadian police forces have murdered 9 Indigenous people, more than have died from the Covid-19 Pandemic. At the conclusion of the rallies, participants are invited to come relax at the Ranch, and get a tour of the community garden which has been planted in an effort to help feed 1000 people.

The rallies will be live-streamed on Real Peoples Media beginning at 11am on Sunday. For media inquires or more information contact the North Shore Anishinabek Cannabis Association on Facebook messenger or at +1 (705) 669-7094.