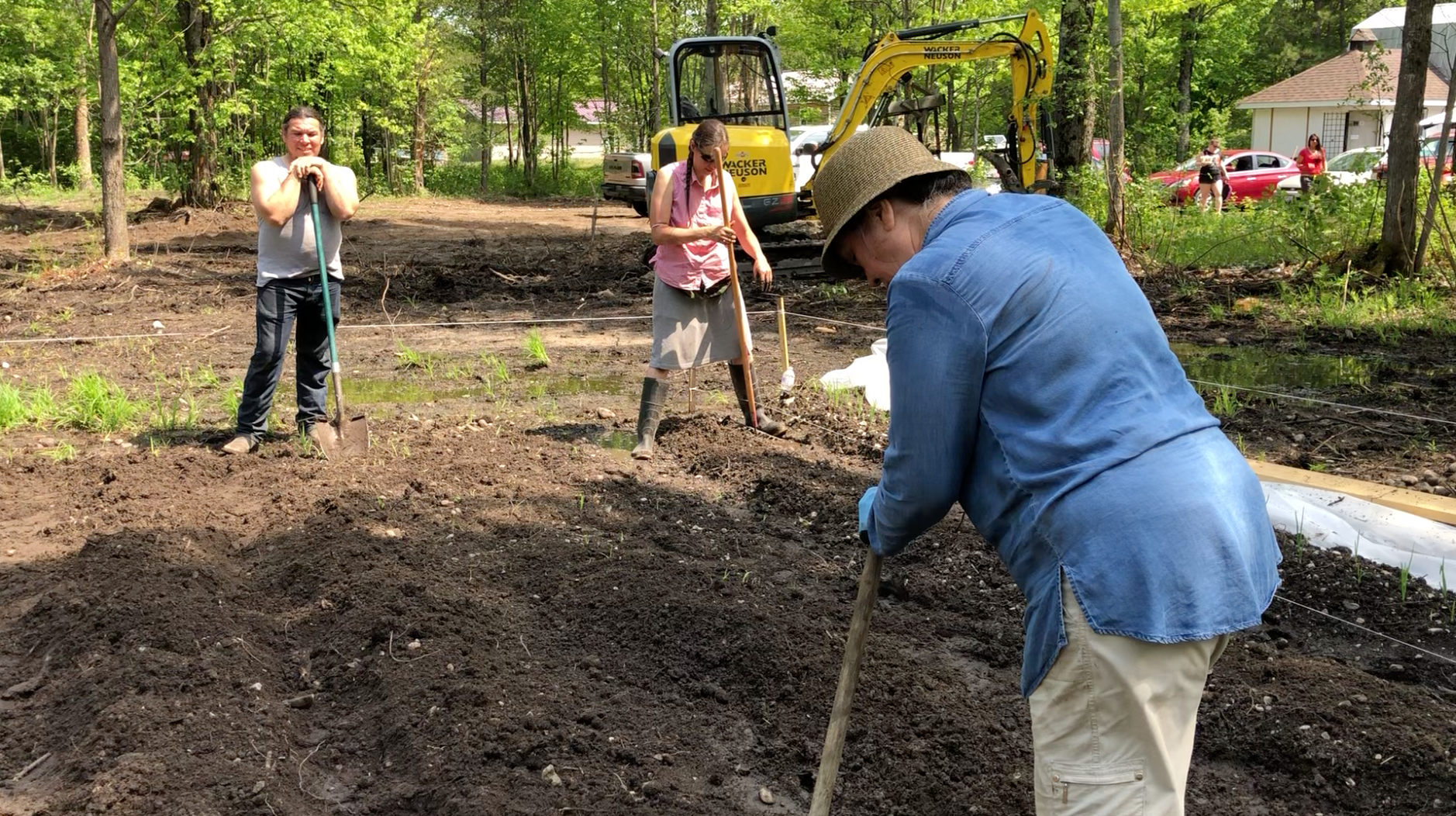 BATCHEWANA – On June 10th, 2020 supporters of the Ranch in Batchewana First Nation started a pledge form where supporters could provide their contact info and “pledge to support the efforts of The Ranch to provide cannabis as a medicine and to grow food to heal and feed their people.” The form also issued a call for “the Batchewana FN Indian Act Band Council to immediately cease and desist in making threats of legal or police action against The Ranch and to instead conduct themselves in accordance with the customs and conventions of the Anishinaabe people in seeking a resolution to any issues they might have with The Ranch.”

15 days later, 400 people have signed on to the form. About half of the pledges are from Indigenous people, coming from a wide variety of nations and clans across Turtle Island, including strong representation from Batchewana and Garden River First Nations.

Over thirty people signed from the United States, and another 40 identified themselves as being Canadian. Support also came from Black allies, and from as far away as New Zealand, Egypt, and Sweden. 100 people signed the form but did not indicate their nation or clan.

The following are some of the comments made through the form

“I support the Ranch 100%. I use the products regularly as they help my health issues tremendously. I am not indigenous but I have so much respect for the culture and communities and I enjoy learning from the elders that I know! I love what the Ranch is doing for the community and will continue to support it for as long as I am able!”

“I live in Toronto. I am indigenous from South America and I fully support your work. The Canadian government is at fault for not listening or affirming the rights and needs of indigenous peoples living in Canada. What you are all doing to help your community deserves to be there.”

“I truly hope signing this petition helps the Ranch to be able to feed/grow medicine for the residents there like the ancestors taught you. It’s ridiculous that the gov/city is telling you how to operate on your own native soil! Love and peace from Ottawa”

“Medicine from mother nature is a human right. And to take away the farm and the medicine would be the worst thing you could do for your people.”

“Being able to feed your community is important. Growing the food yourself ensures the quality. The Ranch sounds fantastic and important to the community.”

“As a medical cannabis patient and someone with human decency, I support you fully!”

“The indigenous people have fought for years for their own rights to their own land and have dealt with the wrongful doings of the settlers and their kin for many generations. It is time that they be able to do as they please with the land that is rightfully theirs. Marijuana has been legalized and there should be no reason they can’t build and grow a medical marijuana farm for their people if it’s on their land etc especially when the intents and purposes are medicinal. Same for the food to feed 1000 of their people! How amazing is that initiative of these individuals?! They are doing wholesome and lawful work and should not be receiving threats from their own band members. In a time of hurt for the BLM and the indigenous movements the last thing that should be done is more police force and the threat of it. Please consider what they are trying to do and go forward in a manner that does not inflict fear or pain for them.”

“I come from a city where marijuana is also legal! There is no reason to stop something that will help many people just because of weed!”

“The people of this reservation have done nothing wrong and still face unlawful persecution.”

“I am very upset and disturbed by the mistreatment if indigenous people worldwide. You guys are very strong for fighting back and I hope one day y’all’s lives can be peaceful.”

“Let the Anishinaabe people practice the agriculture they want to sustain themselves! Access to food and medicine is a basic right and NECESSITY!”

“I fully support my brothers and sisters North of me (and anywhere else really) to be able to be self-sufficient and able to bring forth good food from the land as we were intended. To stifle their right to eat and feed other people is abhorrent and too aligned with the colonizers. Healthier eating leads to healthier people and isn’t that what we want? We want our people to live longer so that they may continue to pass down wisdom and knowledge.”

“The Anishinaabe people have every right to do and grow what they please on their land. It is frankly immoral to tell or force them to stop feeding and medicating themselves with completely legal substances. I may be a white American but I stand with the Anishinaabe people.”

“I support The Ranch because it is giving back to the community.  Unlike government dispensaries that only cater to government.”

“The land belongs to the Anishinaabe people and they should be able to use it to help their people however they see fit.”

“Fear is the basis of decisions based in power and control. Trust and faith in your people to do and be the right kind of people leads to strength and temperance. May your decisions be based in truth and Love.”

“I would like to see you continue your goal to feed people and reduce their dependence on opioids through cannabis. I think these are both admirable goals.”

“I support The Ranch 100%. I hope your business continues to thrive and grow. Opening a small business, from what I see, is a huge risk that doesn’t guarantee success. The fact that you guys put in the time and dedication into following your dream makes you excellent role models for our community, young and old. Your goals are not just for yourself, but for everyone within our community.  I’m glad you guys didn’t succumb to the bullying from Chief & Council, as their concerns are merely individual standpoints on the issue & lack proper protocol. I wish the best for your new business and hope you guys continue to grow and flourish.”

“We cannot keep allowing Band offices to control us and our people. The band office is an OPPRESSIVE and COLONIAL system, they do not always look out for our best interests – their bottom line is pleasing the government that continually commits genocide to all Indigenous peoples. I hope you get to keep your garden and continue to provide beneficial medicines to everyone.”

The Ranch is located at 1564 Old Garden River Road in Batchewana First Nation. To sign the pledge form to support the Ranch, click here.