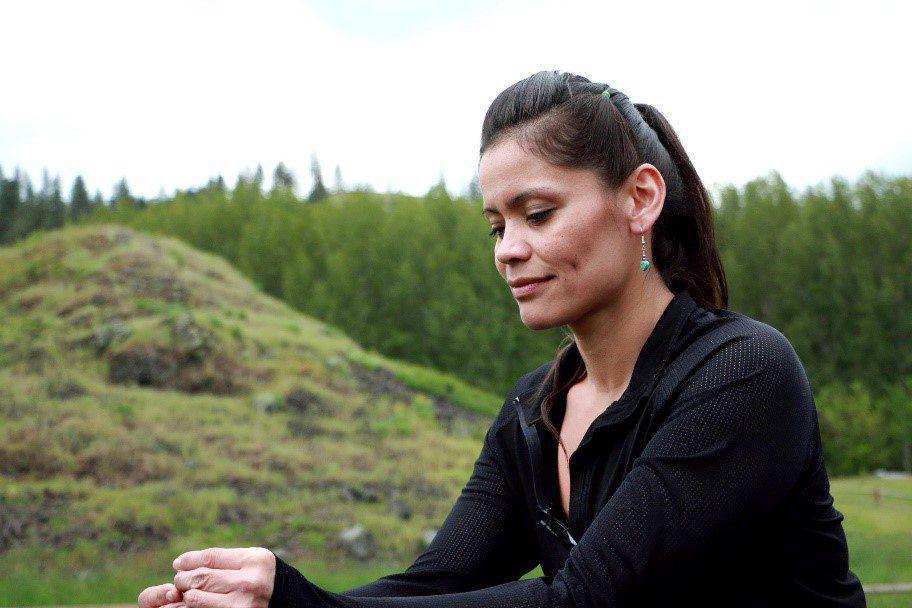 Isn’t it strange that many aspects of the cannabis industry are scrutinized down to the smallest detail, yet we know so little about this continent’s original peoples – Native Americans – and their experience with and connection to cannabis? Mary Jane Oatman, a descendant of Chief Looking Glass of the Nez Perce Tribe of the Columbia River Plateau, wants to change that.

When discussing the relationship of cannabis to Native American society, Oatman, who is in her early 40s, starts by noting that archeological data indicates that her people have been inhabitants of the Columbia River Plateau for over 16,000 years. Their society started in dramatic fashion near a landmark called “Heart of the Monster.” It was here that a clever coyote outwitted a monster and freed both people and animals.

About 10,000 years later, a major flood left her people literally and metaphorically adrift but formed the basis of their sacred relationship with cannabis. Looking for land, they released a bird, but the bird returned to the ship with nothing in its talons nor beak. Then the bird opened its mouth and out popped a sacred seed: a hemp seed. Reaching land shortly thereafter, the hemp seed was planted, and bore fruit that nourished and clothed the people.

The Nez Perce Tribe and its relationship with hemp, both as a revenue-producing crop and for personal use, was documented in the Hudson Bay Journal prior to the 1800s.

Journals from the Lewis and Clark expeditions noted the presence of a hemp economy among tribes. Hemp provided grain, ropes, fishing gear and a tradable commodity. This hemp economy was run by the women of the tribe.

A symbiotic relationship between Native American women and hemp demonstrates the attitude of many Nez Perce that the plant is sacred and an integral part of their community. Oatman notes, “restoration of our indigenous economy and repairing our relationship with Mother Earth starts with the reclamation of our hemp economy.”

Reclaiming this would involve major cultural changes, but Oatman is not depending on tribal, state, or federal agencies to make this happen. Her approach is to build coalitions on a local level to develop policy and to “step up protection of tribal resources.”

Originally from Kamiah, in north-central Idaho, she is launching a nonprofit company called the Indigenous Cannabis Coalition. One project is to develop an interactive map that shows all the Native American cannabis and hemp cultivators, processors, testing facilities, and dispensaries in the nation. This directory, which will include companies run by tribes as well as those run by tribal members, will encourage Native American-owned cannabis businesses to support one another and band together.

As an extension of that work, Oatman is also launching a quarterly educational magazine cleverly titled THC (Tribal Hemp and Cannabis). Having grown up in a household where the cultivation and use of cannabis was the norm, the magazine is a natural vehicle for her advocacy.

“I don’t know a life without cannabis,” she said.

But that doesn’t mean it hasn’t been challenging. Oatman witnessed firsthand the imprisonment of her grandparents for growing and using the plant. Her grandmother’s experience is the cover story of the February issue, which can be found online at indigenouscannabiscoalition.com.

Upcoming issues will include stories about Native American women and veterans, as well as education and advocacy.

Oatman sees hemp and cannabis as a pathway to healing her tribal nation and a way to reclaim a piece of the burgeoning cannabis economy for her tribal sisters. Her deep reverence for the plant comes alive when she talks about smoking cannabis and seeing the smoke go up to the heavens. Where others see smoke, she sees prayers, prayers that she hopes will someday be answered.

With her passion for cannabis advocacy and education, Oatman and like-minded groups are poised to make a difference for Native Americans. She notes that you “have healthier, happier communities with cannabis,” a perspective that makes a profound and deep connection from the past to the present.