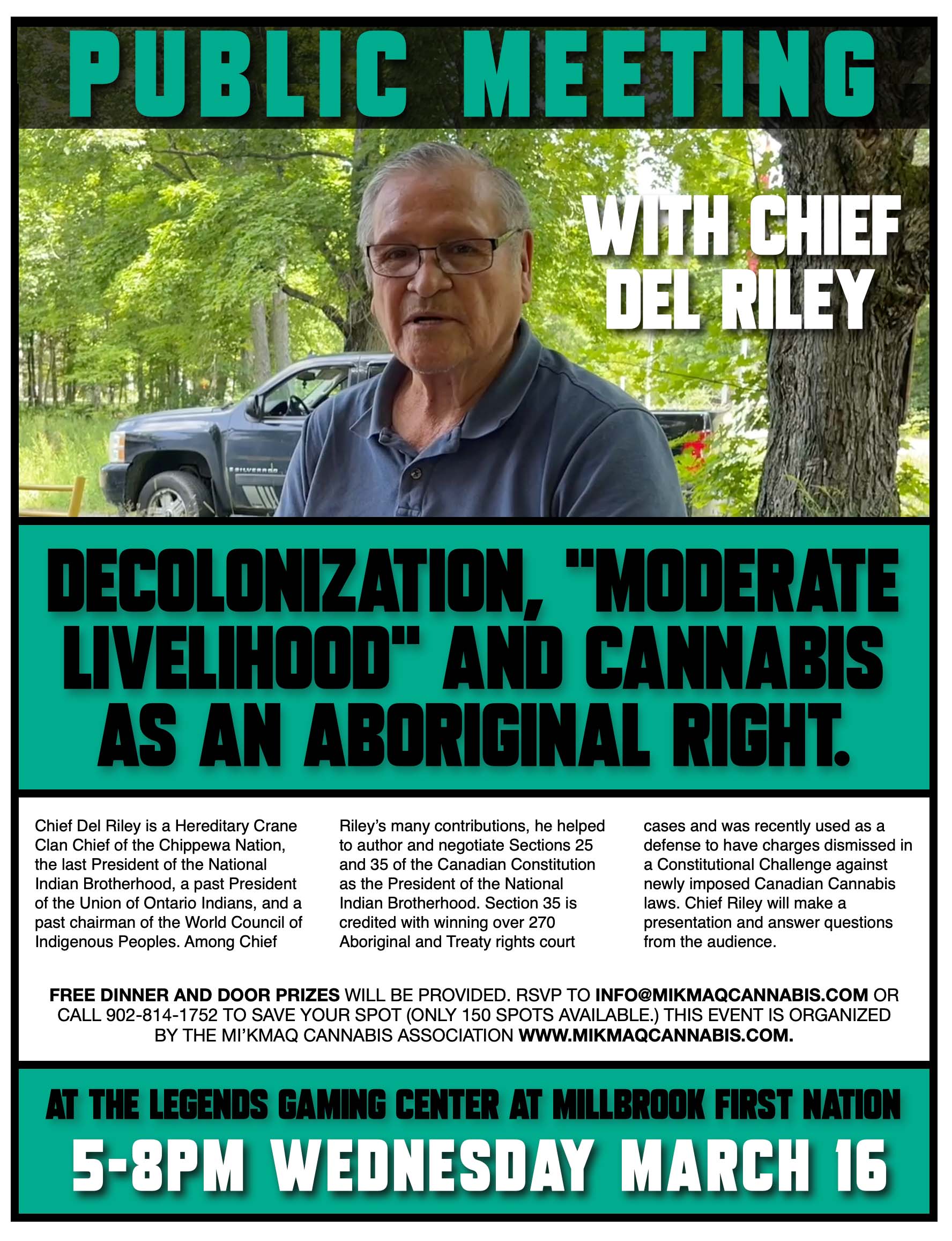 Former National Chief Del Riley will deliver a presentation entitled: “Decolonization, ‘Moderate livelihood,’ and cannabis as an aboriginal right” at 5pm on March 16th at the Legends Gaming Center in Millbrook First Nation.

Among Chief Riley’s many contributions, he helped to author and negotiate Sections 25 and 35 of the Canadian Constitution as the President of the National Indian Brotherhood. Section 35 is credited with winning over 270 Aboriginal and Treaty rights court cases and was recently used as a defense to have charges dismissed in a Constitutional Challenge against newly imposed Canadian Cannabis laws.

Chief Riley will make a presentation and answer questions from the audience. This event is organized by the Mikmaq Cannabis Association.

A PDF of the event poster can be downloaded here.