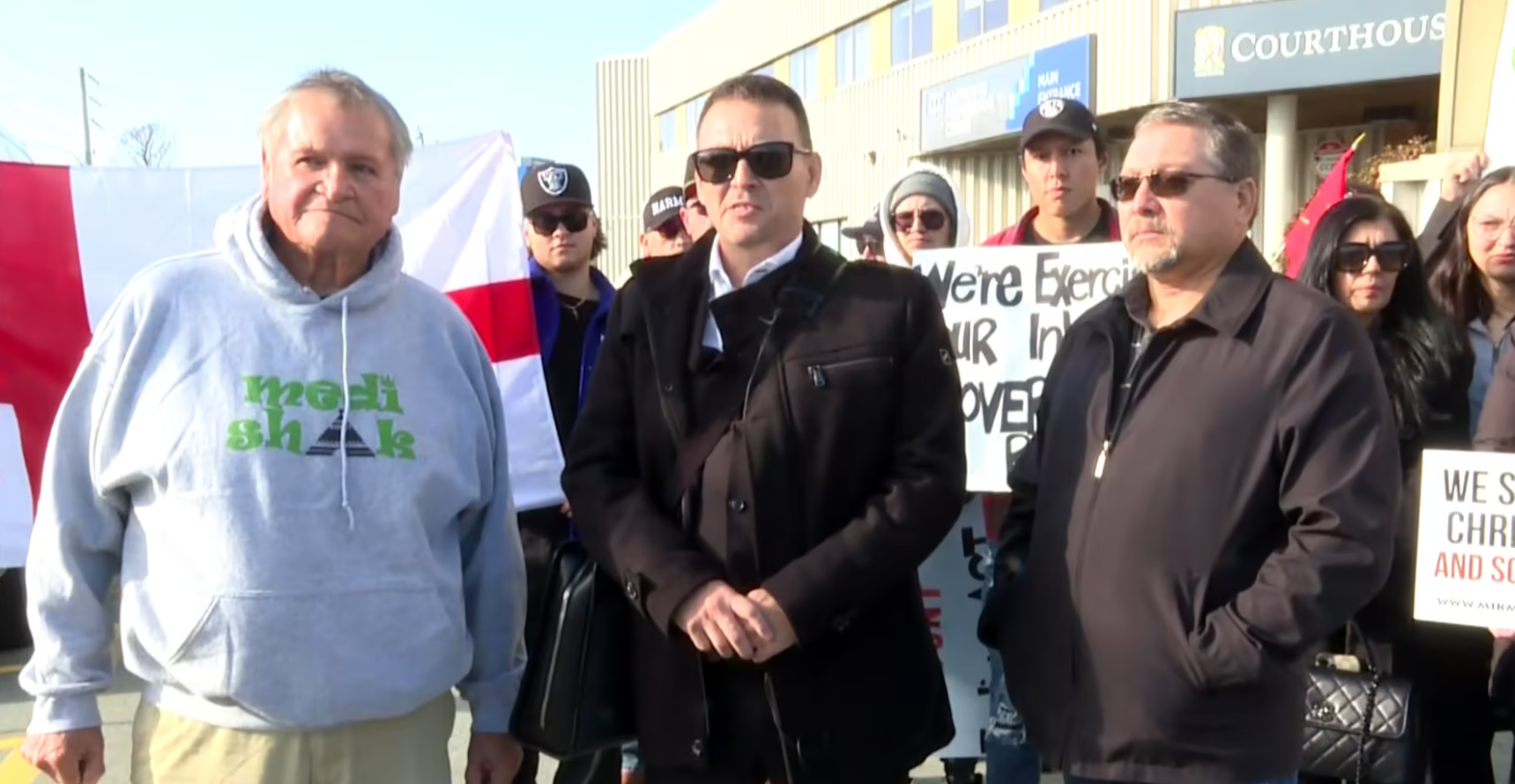 Chris Googoo, a councillor in Millbrook First Nation in Nova Scotia was supposed to go court Tuesday to set a trial date for two charges of breaching the province’s cannabis laws.

Instead, Googoo told the court that he plans on fighting the charges based on section 35 rights under the constitution.

After the hearing, Googoo told a couple of dozen supporters that it’s his right under the constitution to sell cannabis products.

“Like exercising our inherent treaty rights is like something that all of our people should be doing freely, and not have to be harassed by any bodies of governments,” he said.

In December 2021, it was raided by the RCMP – and four other unlicensed shops.

Googoo was charged with illegal possession and selling cannabis.

Del Riley was at the court in support of Googoo’s cause.

He’s also the former head of the National Indian Brotherhood – the forerunner of the Assembly of First Nations.

He helped write section 35 of Canada’s constitution which recognizes and affirms Aboriginal rights.

“The nations are in a wonderful position in terms of the fact that all of their rights are totally intact in all the land here,” he said. “I know I’m on their land right here because nobody bought it from them.”

Googoo also has support from leadership in his community.

Chief Bob Gloade said Millbrook is in the process of developing its own cannabis regulations.

“Our community will decide as a collective under our rights, how it’s going to appear and operate and exist within our community,” said Gloade.

“We never lost our lands in a war, we never sold our lands, we didn’t make an agreement for our lands as far as I’m concerned, I’m standing on my unceded Mi’kmaq territory and like I should be able to exercise any of my rights,” he said.

Googoo will appear in court on Nov. 14 to

Googoo will submit his application for a constitutional defence on Nov. 14. A judge won’t hear that case until October 2023.