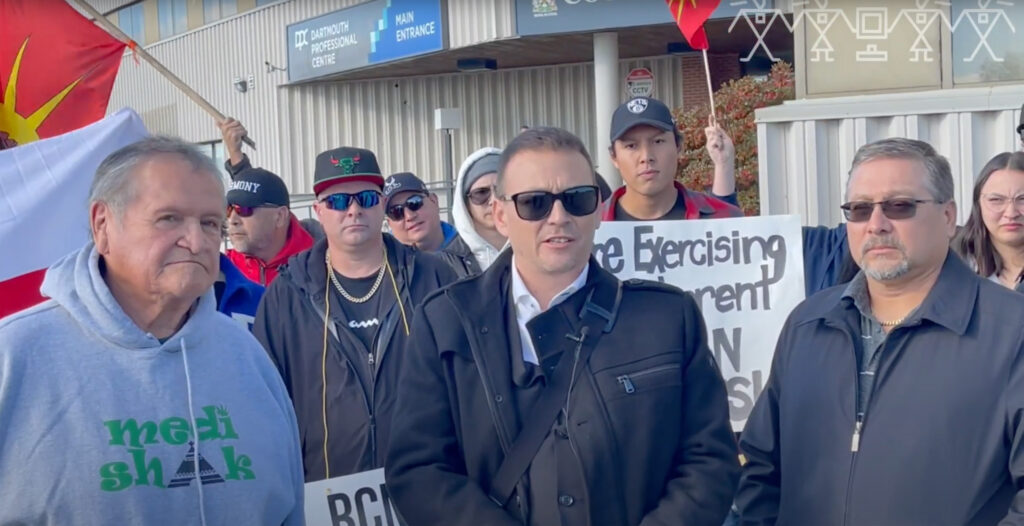 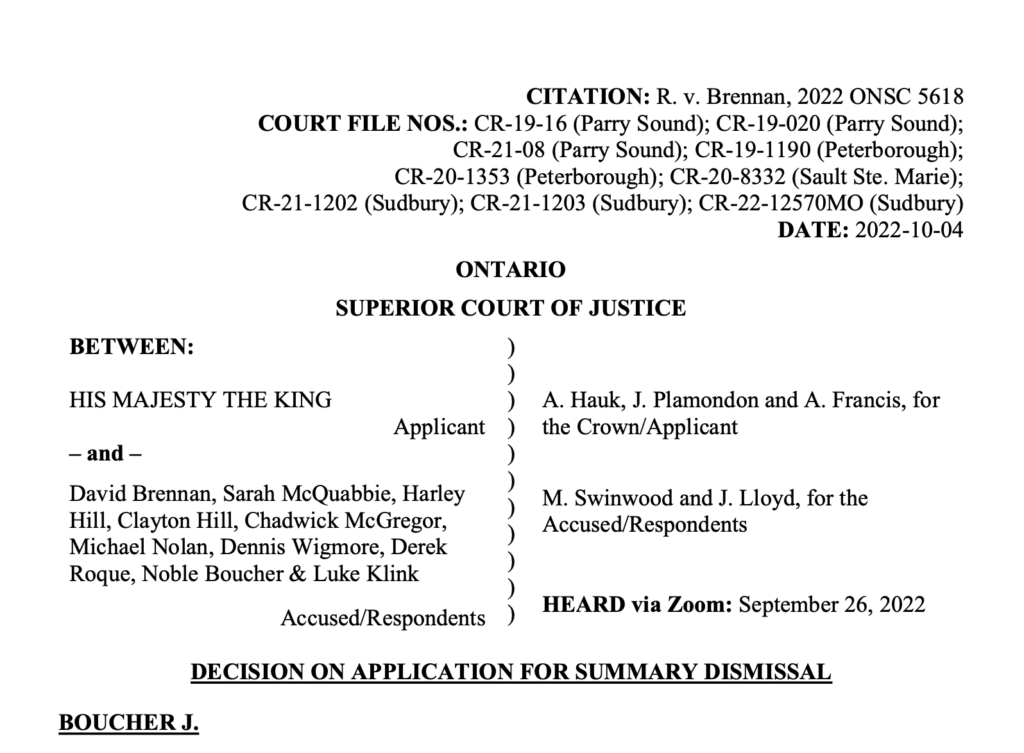 A group of 10 Anishinaabe cannabis users and dispensary owners who have raised a constitutional challenge to Canada’s Cannabis Act, won a victory at the Superior Court of Justice in Ontario yesterday. In a seven page decision, Justice P.J. Boucher refused a motion by the Crown to summarily dismiss the… 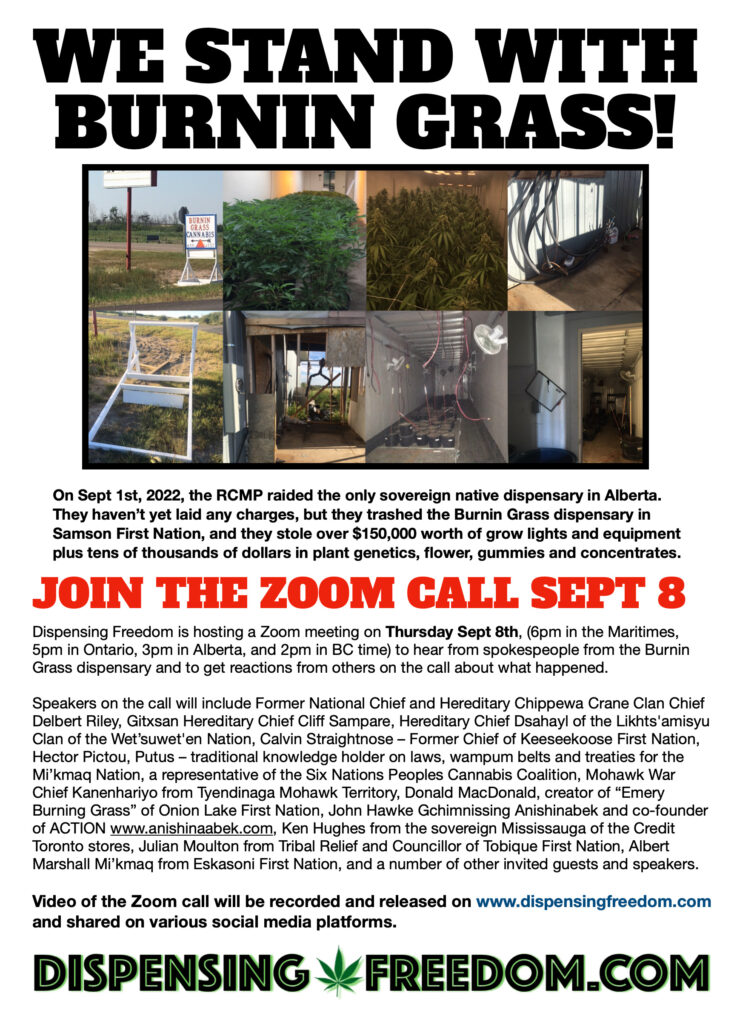 www.DispensingFreedom.com is hosting a Zoom meeting on Thursday Sept 8th, (6pm in the Maritimes, 5pm in Ontario, 3pm in Alberta, and 2pm in BC time) to hear from spokespeople from the Burnin Grass dispensary in Samson First Nation and to get reactions from others on the call about what happened… 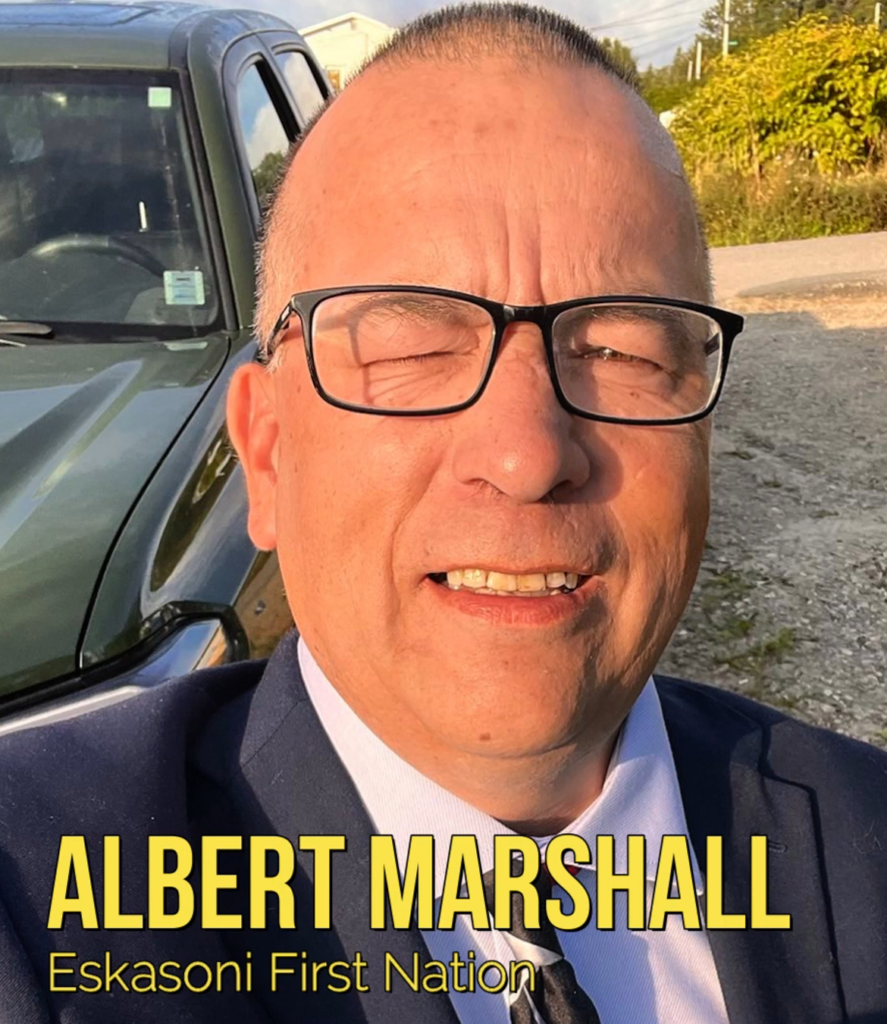 By News Editor on August 29, 2022
“You’re actually in a hell of a good position here” Chief Del Riley on cannabis in Millbrook FN 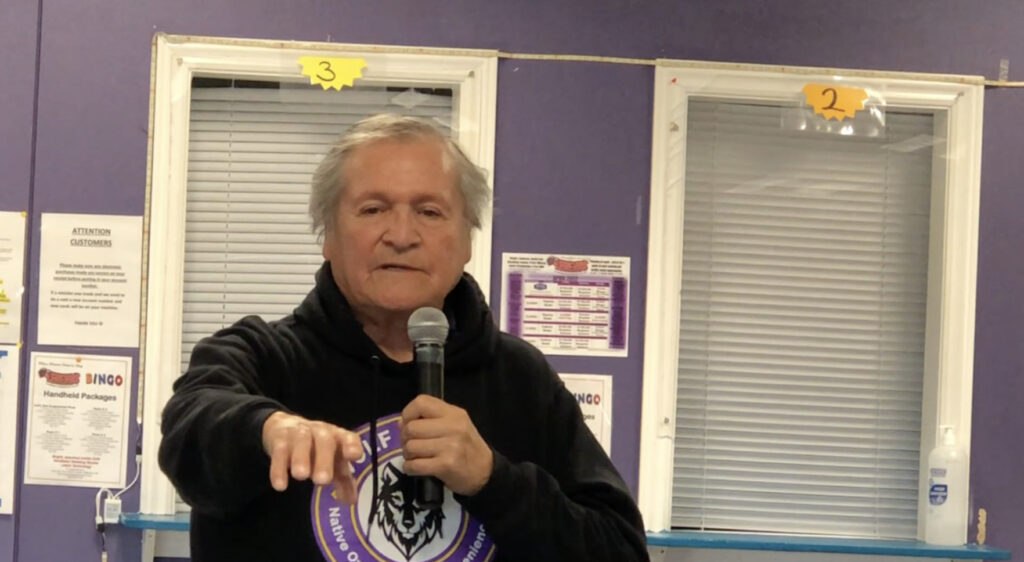 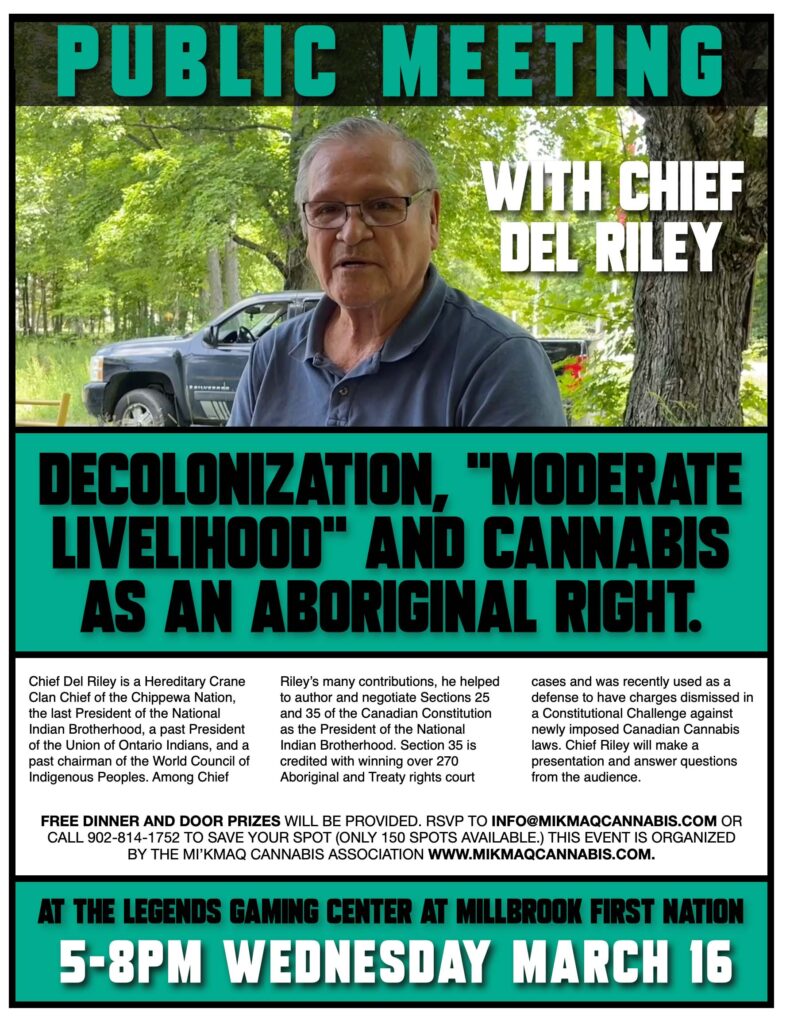 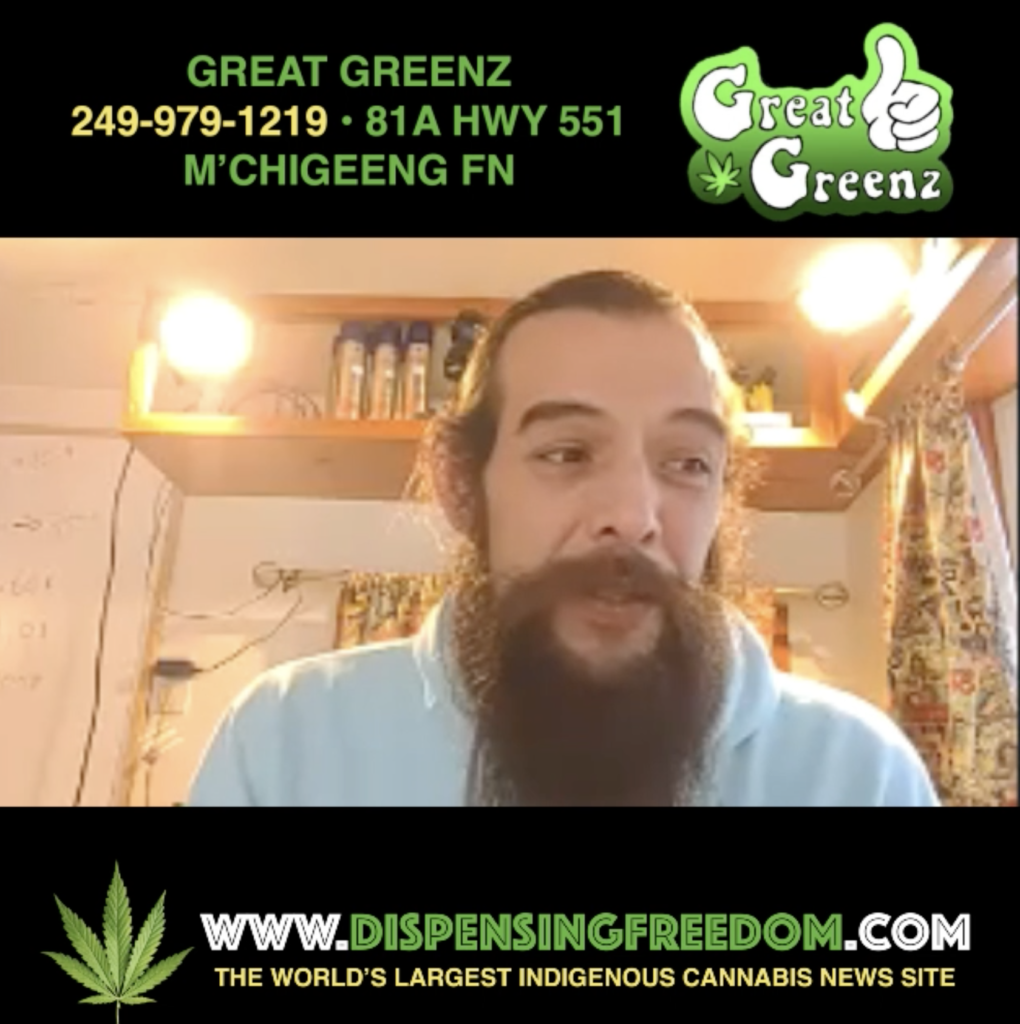 Dane Bebamash of Great Greenz is keeping his dispensary open, and has gained the support of constitutional expert Chief Del Riley. 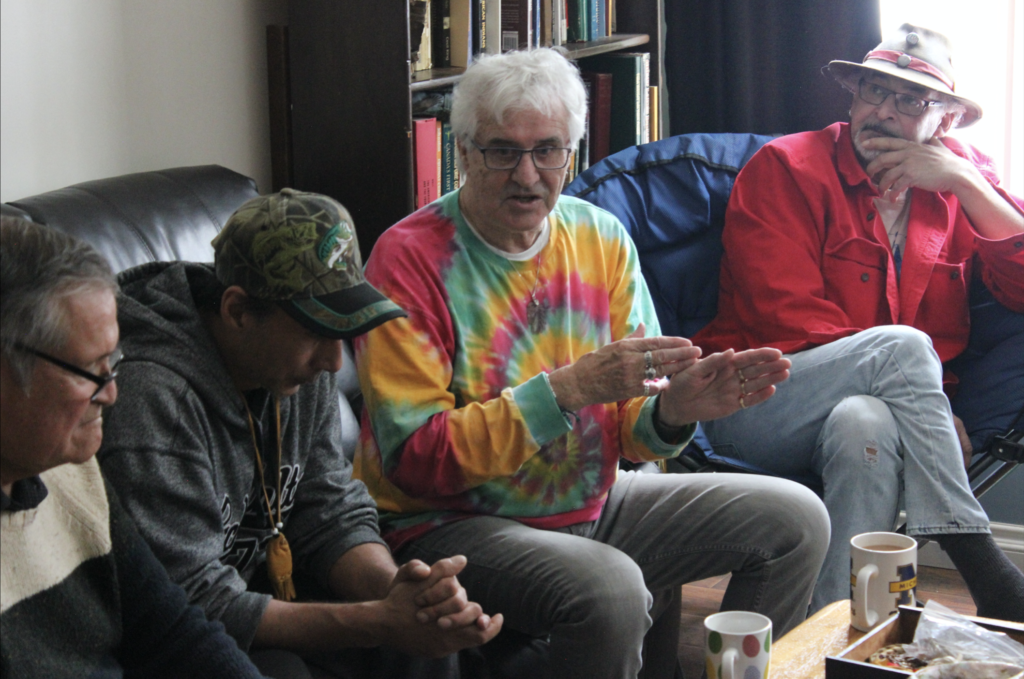 54 Anishinaabe people are on trial in an Indigenous hunting and fishing case that will set precedent for the ongoing North Shore Anishinaabe cannabis constitutional challenge. Lawyer Michael Swinwood is appealing for contributions to go towards paying for two expert reports that are needed as the case returns to court on May 10th, 2021.

Algonquin Amikwa Anishinaabek (Beaver People) living in Reserves #13 and #2 as described by the 1854 Rowan Proclamation and the 1850 Indians’ Protection Act are waging a legal battle to defend the Indigenous right to grow and trade cannabis.