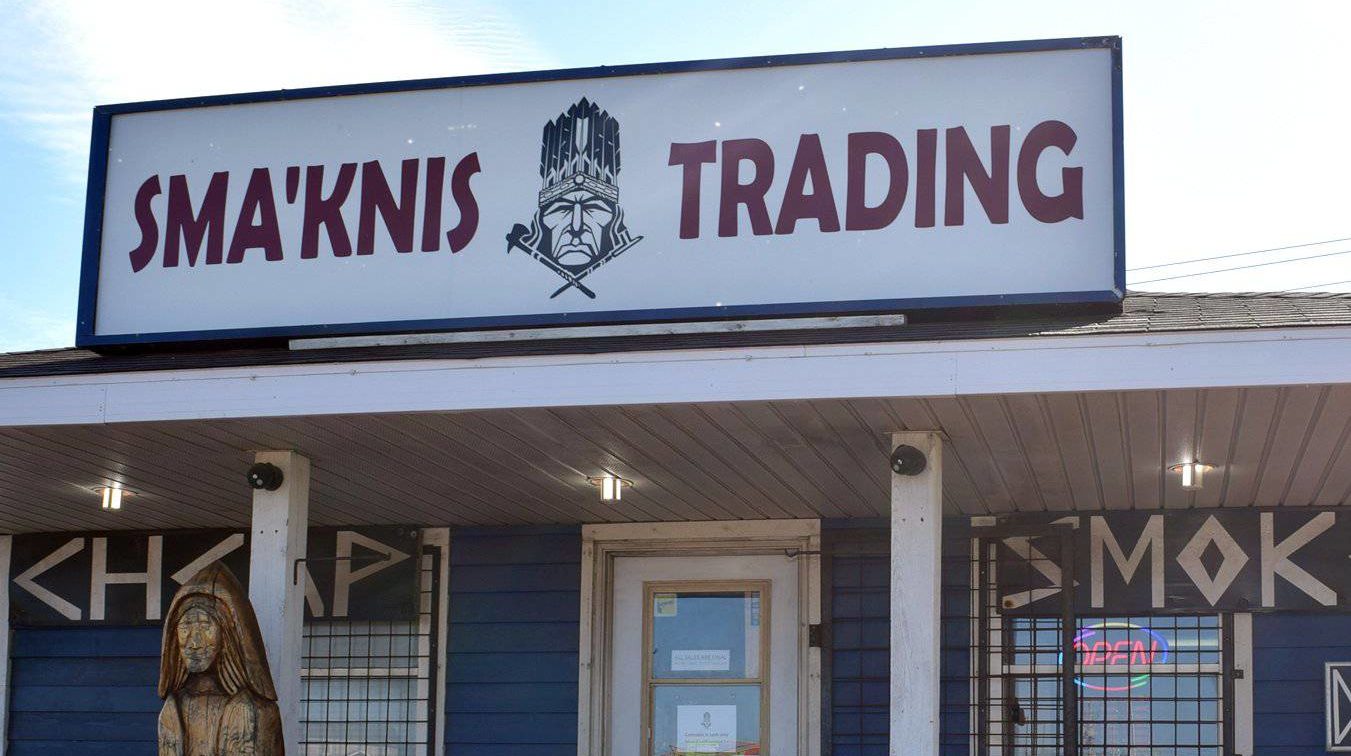 From thechronicleherald.ca link to article by Harry Sullivan, August 16th 2019

MILLBROOK, N.S. — There is no treaty agreement that supports the unauthorized sale of cannabis on Nova Scotia’s First Nation Reserves and the current “trafficking” operations are no different than bootlegging alcohol, Millbrook’s chief says.

“There is no treaty right protecting them in regards to selling, growing or distribution of cannabis whatsoever,” Gloade said, regarding a number of unauthorized retail cannabis operations that have sprung up in Millbrook and on other Nova Scotia reserves.

“It’s not a treaty or an aboriginal right because it does not state that anywhere. Our treaty rights basically focus around hunting and gathering not growing and distribution,” he said. “Individuals feel that it is a right and they’re extending it beyond the meaning of how the treaties are laid out in black and white and it puts us in a difficult situation.”

Gloade said at least nine individuals or businesses have begun selling cannabis on Millbrook Band lands in recent weeks. And he acknowledged that such operations are also taking place in Indian Brook (near Shubenacadie) and the Pakunet Band (near Antigonish).

“They have individuals in their communities that have been selling and it’s been an issue that they both have raised … and they’ve approached the RCMP as well,” he said.

In response to questions from Saltwire Network regarding the unauthorized sales, public information officer Cpl. Jennifer Clarke also acknowledged in an email that the RCMP is working with the chief and council of Millbrook First Nation and the other two bands in question “to address the issue of the retail sale of cannabis on the reserve.

“The RCMP is aware that this is the case on some other First Nations in the province and we are working with the administration of those communities as well,” she said.

Two individuals from Millbrook who are openly retailing cannabis products — Robert Willmot and Millbrook Band councillor Michael Stephens — recently told a reporter that they are simply exercising their treaty rights to do so and are selling a commodity that has been legalized by the federal government.

“A number of people are using the excuse that they have that right under Canada aboriginal law but it’s not defined under Canada aboriginal law,” he said. “As of right now the band does not support the approach that a number of community members have taken and we’re just going to have to look at it more extensively when we reconvene,” he said, of when the band council next meets in September. “Bootlegging and trafficking are both considered illegal and just because you are on First Nations land doesn’t give you the right to engage in that freely, in my opinion.”

That opinion is shared by Naiomi Metallic, a Dalhousie University professor and attorney who specializes in aboriginal law and Canadian constitutional law as it relates to Indigenous Peoples.

“There is no case yet to my knowledge that has established or not established a treaty right to cannabis,” she said.

And while some bands in other parts of the country are dealing with the issue by establishing their own bylaws, Metallic said she is not aware of any such attempt in Nova Scotia. But in order to challenge the right to sell cannabis on a band from a treaty rights perspective, the argument would have to be made that the practice was “significant” to their culture, she said.

So, it may be challenging. It’s a really complicated jurisdictional picture and it might go to court at some point. As far as the role of some bands exercising some control through their bylaw powers, I do think that there is possibility something there and possible jurisdiction to do that,” she said. “But the ability to sell it as a treaty right, I think, at least on how the law is currently formulated, is an uphill battle.”

From Gloade’s perspective, the entire issue of unauthorized cannabis sales on First Nations lands could have been avoided if the provincial government would have agreed to begin negotiating the issue in good faith long before now.

“The biggest frustration is the lack of co-operation through the provincial government and sitting down and discussing this,” he said. “They just keep brushing us off in regards to any discussions in this matter and how to deal with it.”

Although the government talks about wanting to work hand-in-hand with First Nations communities, on this issue they have only played lip service, he said.

“Now all they are doing is just encouraging the black market to become more into First Nations communities by not dealing closely and working with respective communities in regards to how we are going to deal with this. This is not by any means an example of them building relationships with First Nations by excluding them and participation in this.”

When asked if he would support a move by the RCMP to shut down the unauthorized cannabis retailers, Gloade offered a succinct response.