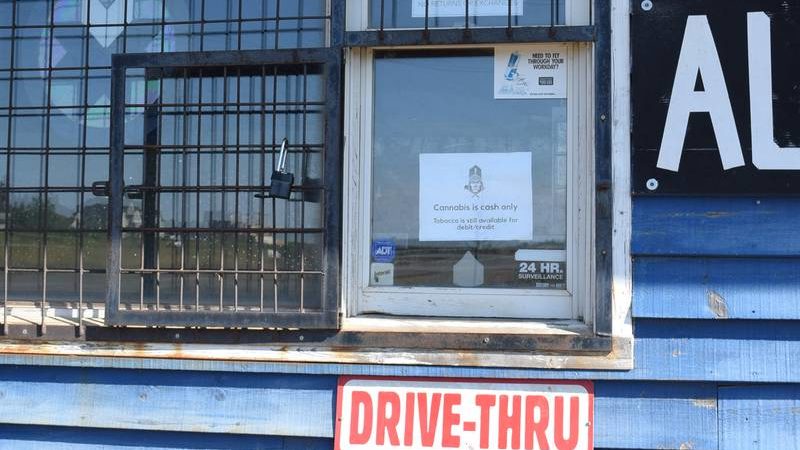 From trurodaily.com link to article by Harry Sullivan, Aug 14th 2019

One shop right across from RCMP detachment

At least three cannabis operations have set up shop in Millbrook, despite the lack of any formal government agreement to permit retail marijuana sales outside of the NSLC’s domain.

“We kind of stood back and waited to see what the province would say, in terms of including us in any legislation that was passed,” he said. “And, from my perspective, from my opinion, I feel like we were intentionally dismissed, and left … out of that whole process. I don’t think they’re nowhere near ready for it. I’m not sure if any of the provinces are.”

Stephens, who is also a band councillor, said cannabis is simply another item that he believes is covered under indigenous treaty rights and which has numerous medicinal qualities.

“It’s a product. At the end of the day, people have to understand that this is a product. It’s a very useful product with multiple, very amazing capabilities and amazing applications,” he said. “And people are looking at it as an exit drug, addicts who are trying to get off of opioids.”

Whether the products are legal to purchase or transport, however, could be another story.

RCMP information officer Cpl. Jennifer Clarke would not offer an immediate comment on the issue of cannabis being retailed on the First Nation reserve, other than to say the only legal way to purchase the products in Nova Scotia is through Health Canada or at authorized NSLC stores. A more detailed formal response would be forthcoming, she said.

Millbrook Chief Robert Gloade expressed some concern over the unauthorized operations but he also declined official comment until he meets with the band council in September.

Cannabis can also be purchased at Jason’s Convenience Store on Willow Street, right across the road from the Millbrook RCMP detachment, although owner Jason Brooks declined comment to SaltWire Network.

A third retail location, called Puktew Wasuek (Fire Flower), is being operated out of a shed on Coach Road. Owner Robert Wilmot echoed the response of Stephens in citing his traditional aboriginal rights.

“This is agriculture, it’s gathering and it’s part of my treaty right,” he said. “I am allowed to hunt, fish and gather, which is agriculture. I’m allowed to sell, trade and barter any one of those three things.”

All three operations indicate they will not sell cannabis products to anyone under the age of 19. Available products include a variety of marijuana strains, hash and CBD oils.

And while cannabis may carry a negative stigma for some, Stephens feels otherwise.

“If you do a lot of research to learn about it, you will realize what it can do and the applications it can have. You’ll start to see that it is probably everything that a drug isn’t,” he said. “It’s a gift really. I’m so happy that Canada woke up to it and realized just how much potential this product actually has.”

Stephens described cannabis as “phenomenal” for such things as pain management and anxiety.

“Life is hard enough as it is,” he said. “It’s good for people to be able to relax.”

Both men said a portion of the profits from their cannabis sales will be turned back to the community while Wilmot went a step further by saying he is trying to help his people by offering pure cannabis products to counter more dangerous street drugs that are available.

“Wait and see what I do for my community in the next little while. I’m not going to stop, right,” Wilmot said.

“I’m just going to keep on giving back. I’m trying to make it affordable so that people that are stuck on pills or that are stuck on bad drugs, they can come here and get their stuff for a cheap, affordable price, that they’re not going down the road to get their pill to get high. There is no added chemicals to my products at all, it is just the marijuana alone.”

And both men also say they are just following in the footsteps of the Mohawk bands in Ontario that have previously set up retail operations outside the purview of provincial law.

“So, basically if they come here and take my weed, it’s not the face you make when you’re taking my sack, it’s the face you make while bringing it back,” Wilmot said. “And it’s just going to make me more famous. So, they can either do this the right way and we can go talk and have a meeting, or we can do it the wrong way and they can make me bigger than I already am.”