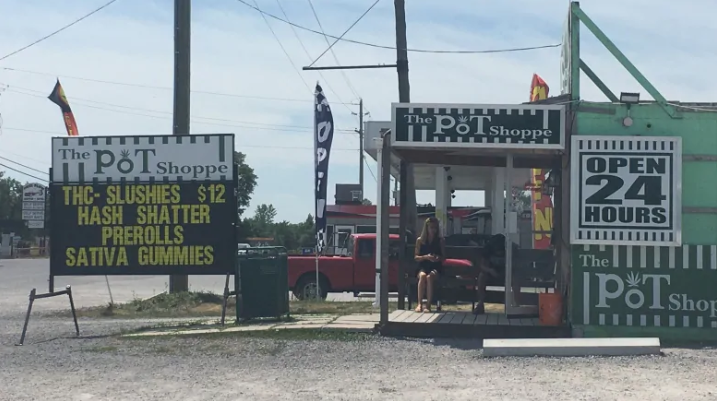 From cbc.ca link to article by Jorge Barrera  Sept 29th 2019

The next federal government needs to amend the Cannabis Act so First Nations can have jurisdiction over the industry on their territories, to seize its economic potential and avoid potential conflicts, according to some Indigenous leaders.

First Nations were left out of the jurisdictional equation when the Liberal government passed its cannabis law, which put regulation of distribution and retail in the hands of the provinces while Ottawa oversees production.

This left them at the mercy of provincial decisions when it came to opening dispensaries on reserve — a situation rejected by many bands who see provincial governments as interlopers in a nation-to-nation relationship they believe should be strictly with Ottawa.

“There has to be a political will to amend the [Cannabis Act] so we can have a firmer footing, one that recognizes our jurisdiction and recognizes who we are,” he said.

Mowat said he worries that the status quo would lead to police action and conflict.

“I don’t want to see a raid happen on the reserve. Someone will get hurt if that happens,” he said.

“There are sizeable investments that have been made in some of these shops that could lead to serious altercations if that happens.”

Mowat, who was elected in July, said his band council is working on a law to regulate the industry in the community.

In Mowat’s view, the province has no jurisdiction on his First Nation. He said their law will be as strong or stronger than Ontario’s.

“Everyone wants to live in a safe community and I also want to see the community itself reap some of the benefits as well,” he said.

Several First Nations across the country are drafting or have passed their own cannabis laws, but it remains unclear whether they’ll be able to enforce them.

Chief Scott McLeod of Nipissing First Nation, near North Bay, Ont. said the next federal government can’t drag its feet on the issue because community members will lose patience.

“My political capital with our own nation members is going to wear thin and it may be the tobacco scenario all over again,” he said, referring to Ottawa’s decades-long battle with First Nations over cigarette taxes — which led to multiple raids in the 1990s and the criminalization of untaxed tobacco sales under the Harper government.

“Again, Canada and the provinces will have put First Nations behind the eight-ball,” he said.

McLeod said there are no cannabis shops in his community yet, but the band has supported a member’s application to the province for a licence. It also passed a cannabis law modelled after Ottawa and Ontario’s laws, that is tailored to the First Nation’s needs.

“We are serious about accessing the economy, but what is stopping us is the legislation of the federal government and the fact that they wrongfully delegated the responsibility to the provinces and left First Nations communities out of the fold,” he said.

“This could have been easily worked out prior to the legalization of cannabis … but it wasn’t and now here we are once again — in the era of truth and reconciliation but 153 years after Confederation we are still being left out of the economy and we are being forced into either black markets or grey markets once again by mainstream Canada.”

There have been several raids on dispensaries on or near reserves this year in Ontario. Most were in First Nations with one or two dispensaries. The latest was earlier this month in Wahnapitae, about 45 kilometres north of Sudbury, where the Anishinabek Police Service raided two shops.

As of May of this year, there were about 79 unlicensed dispensaries in 23 First Nations across the province, according to an Ontario Provincial Police presentation posted on the website of the Association of Municipal Managers, Clerks and Treasurers of Ontario.

That same presentation, however, acknowledges that First Nations have certain “sovereign rights” and that band councils direct “enforcement actions.”

No other First Nation has seen such explosive growth in the cannabis industry as Tyendinaga Mohawk Territory, a fiercely independent community about 60 kilometres west of Kingston, Ont.

It has about 30 dispensaries which have triggered an influx of cash, employment and economic development — along with increasing vehicle traffic and safety concerns.

“We need something in our community that is going to take care of our community as a whole, not just certain portions of it,” said Doug Brant, who was on a committee working on a band cannabis law.

“We have to have some sort of regulations, some sort of bylaws, zoning, whatever it takes … we are in an extreme situation.”

On Sept. 12, the band council presented a proposed cannabis law to regulate the industry from seed to sale.

But it got a skeptical reception from some.

“We all are in agreement that we need some kind of rules and regulations,” said Jamie Kunkle, owner of Smoke Signals dispensary.

“The format they are offering, that’s not the one.”

Even if Tyendinaga passes a law, it’s unclear whether it could enforce it, said Larry Hay, a former Tyendinaga police chief who was hired as a consultant on the issue.

“Prosecution may require the federal government to accept these laws,” said Hay.

However, she said it is possible to devise a legal strategy to push back against provincial jurisdiction.

“Coupled with very careful strategy we do think there is a solution here,” she said.

“We definitely need the governments to see the writing on the wall … and allow First Nations the authority to control cannabis. That is the only way out of this quagmire.”