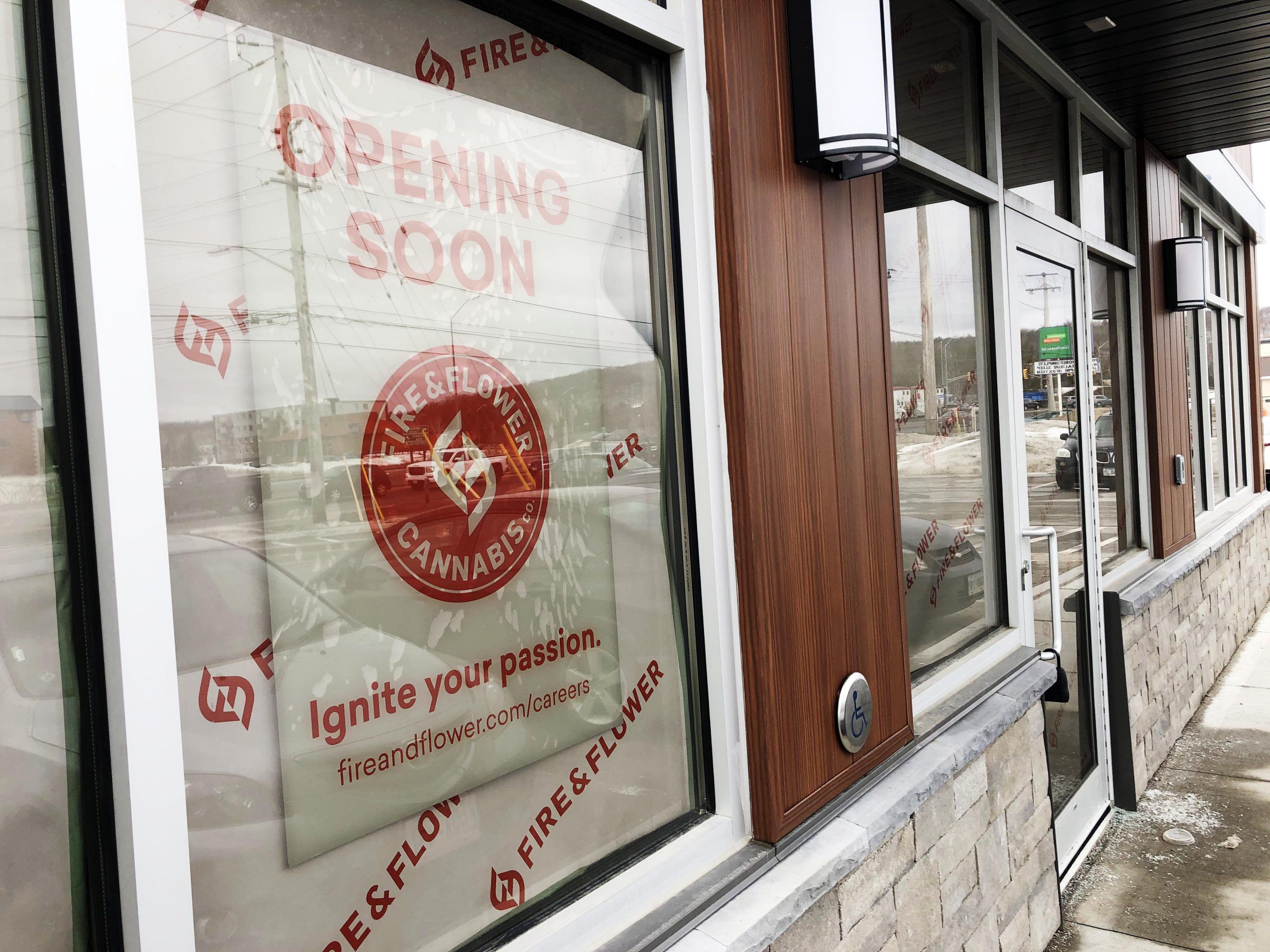 Application made for cannabis store on Algonquin

From nugget.ca link to article by Michael Lee March 13th 2020

A new cannabis retail store is in the works on Algonquin Avenue.

Signs for the Alberta-based Fire & Flower Cannabis Co. have been posted on a storefront beside the Starbucks just south of McKeown Avenue.

Headquartered in Edmonton, the company has dozens of cannabis retail stores in the country, mostly in Alberta and Saskatchewan, along with a few in Manitoba, Yukon and Ontario, including one in Kingston and another in Ottawa.

As of Friday, Fire & Flower was not yet listed on the Alcohol and Gaming Commission of Ontario (AGCO) website for current cannabis retail store applications.

Holmes says the company will post information about the new locations on its website once it has received approvals from the province.

“We are excited to be in the planning and build-out stage for a store in North Bay,” Holmes said in an email statement.

An exact opening date is not known at this point. The company will first need to go through the required 15-day public notice period before the store can be approved to open.

There is, however, no defined amount of time for the registrar of the AGCO to issue a decision since each application is on a different timeline.

An application to open another store on Nipissing First Nation, called Northern Zen Cannabis, is still moving through the approval process.

A company representative told The Nugget that they are looking to open this month.