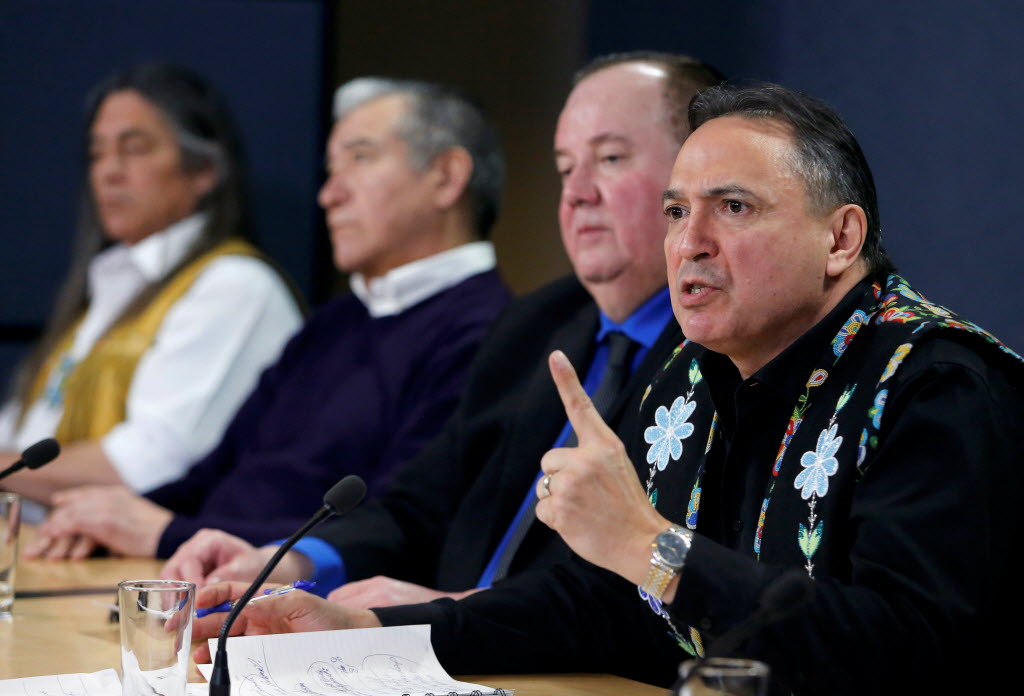 BONOKOSKI: Not all First Nations are battening down the COVID-19 hatches

From torontosun.com link to article, by Mark Bonokoski, March 28, 2020

Earlier this week, like provinces, towns and cities before them, the Assembly of First Nations declared a state of emergency.

This is more than understandable considering the number of remote reserves already dangling on the edge of survival.

The Assembly stated that Indigenous leadership must “be fully and meaningfully involved at all decision-making tables in the development of all plans, legislation, policies, budget allocations and regulations regarding the COVID-19 pandemic federally and provincially.”

In other words, the Assembly wants to be involved in the full gamut of Prime Minister Justin Trudeau’s plans to fight both the coronavirus itself but also in confronting the huge economic impacts that are already disrupting and damaging every aspect of Canada’s financial security.

The PM has rarely mentioned First Nations when it comes to COVID-19, other than to express his government’s understanding of their unique needs.

Assembly Chief Perry Bellegarde, however, hammered home the fact that “unique circumstances require unique approaches” and cited, for example, that there are 96 remote fly-in-only First Nations reserves across the country that are already in dire economic and psychological straits.

Then, almost out of nowhere, Indigenous Services Minister Marc Miller announced Thursday that $305 million is going towards “distinction-based measures” to help First Nations get through the COVID-19 pandemic.

Of that $305 million, $215 million will be allocated proportionately to each First Nation based on population, remoteness and community well-being.

Now there’s a puzzle for the bureaucrats to sort out.

Getting by in stressful times is much easier for southern reserves and territories, which are close to the amenities of larger cities, but it’s a tough chore for northern reserves still slowly thawing from the lingering winter.

The leadership of more progressive reserves, like the Kahnawake Mohawk Territory, right by Montreal, had its band council already putting out shut-down directives to all non-essential services. So did nearby Kanesatake.

That means its large number of smoke shacks, hugely reliant on customers coming from off the reserve, as well as the manufacturers of illicit cigarettes, have shuttered their businesses because of COVID-19.

But there appears to be no universal First Nations strategy.

At Six Nations Mohawk Territory near Brantford, Fire Chief Matthew Miller and 11 firefighters recently went into self-isolation after learning of a platoon member’s potential exposure to the COVID-19 virus.

Latest news had him coming up negative.

On Six Nations, aside from usual community and school shutdowns, as well as restaurants being ordered closed, it appears to be business as usual.

The dozen or so cigarette manufacturers pounding out 10,000 smokes a minute were purportedly still in full-bore operation as of Thursday, meaning billions of cheap and tax-free illicit cigarettes will soon be in the black market.

Only five or so smoke shacks are closed.

The “emergency” declared by Chief R. Don Maracle back on March 17 shut down all restaurants and advised residents to self-isolate if possible — but no mention was made of the scores of smoke shacks and illegal pot shops.

Northern reserves, of course, are a different matter. They’re isolated, have huge medical and psychological issues, and are largely politically forgotten.

Attawapiskat, in particular, which makes the news almost every year when it declares a flooding emergency, is essentially unlivable.

The main antagonist, of course, is usually alcohol.

But it’s a lousy and violence-inciting escape.