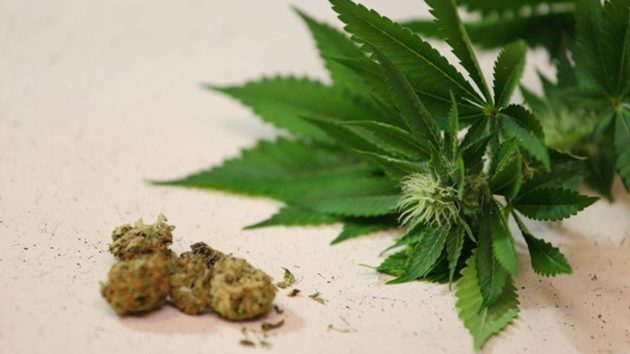 It’s been a hazy and confusing road to opening a cannabis store on Mississauga First Nation.

But Reg Niganobe, the chief of the community on the north shore of Lake Huron, says he was expecting a bumpy ride.

Mississauga had originally planned to open its own marijuana shop, following its own regulatory regime, but has now decided to join the provincial system.

It is one of eight First Nations chosen in a recent lottery to open cannabis stores licensed through the Ontario government.

Niganobe says the provincial system helps take away the guess work when it comes to the safety of the product and of the community, which was the main concern he heard from citizens in Mississauga.

“I think it’ll be fruitful, but I’m not sure it’ll be that big of an industry. There will be those who are successful and those who aren’t,” he says.

“There’s just so much uncertainty behind what’s going to happen later on.”

And some of that uncertainty is over whose rules First Nations pot shops will be governed by.

Negotiations are underway on a federal cannabis framework, that would see Indigenous communities run their own marijuana system, from grow-op to dispensary, separate from the provincial network.

Former Serpent River First Nation chief Isadore Day is part of those talks and now works as a consultant helping Indigenous governments with cannabis and other policy questions.

He feels joining the provincial system won’t be the boost for First Nations economies that could come with running their own cannabis regime.

“There’s really no room for First Nations to supply their own cannabis and participate in the full value chain,” says Day, who can see communities have more than one pot shop, each run under a different set of rules.

He calls cannabis a “jurisdictional watershed issue” that could help prove that Indigenous governments can run their own businesses and regulate health, public safety and education outside of the federal and provincial governments.

Some First Nations in the north are looking to set up their cannabis stores under their own laws.

Wahnapitae First Nation is drafting a bylaw that would regulate the two dispensaries that have been operating in the community north of Sudbury for over a year.

Both have been raided by police and Creator’s Choice owner Derek Roque is still facing criminal charges.

He says police haven’t visited since his community started looking at regulating cannabis, including the possibility of grandfathering in the existing stores and allowing Roque to continue to grow marijuana on reserve lands.

“I don’t know if we’d [look back and] laugh, we’d definitely be shaking our heads at the all the hoops we’ve had to jump through,” says Roque.

“It’s been extremely stressful for our families and for our community.”

While some First Nations governments are looking to open cannabis stores themselves, Roque thinks greater economic opportunities will come from allowing entrepreneurs like him to run pot shops.

“If we look at businesses that are run by governments or councils, they are not in the position to be strategic business people,” he says.