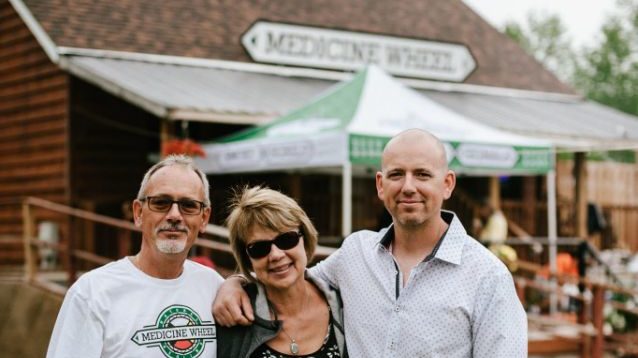 From ca.finance.yahoo.com link to article by
Jeff Lagerquist, July 10th 2019

Indigenous cannabis retailers are turning their backs on the Ontario government’s plan to license up to eight stores on First Nations reserves, suggesting provincial regulation would hurt thriving businesses, cause infighting in their communities, and infringe on their sovereignty.

Last Wednesday, the Alcohol and Gaming Commission of Ontario (AGCO) announced a lottery for on-reserve cannabis store authorizations on a first-come, first-serve basis. The first eight operators who submit intent to apply documents will be invited to apply for a Retail Operator Licence and Retail Store Authorization.

The announcement also included an additional 42 new store authorizations across the province. The new stores are expected to start opening in October.

The separate process for reserve communities is part of the government’s engagement with First Nations interested in developing their own approach to cannabis. A spokesperson for the Ministry of the Attorney General told Yahoo Canada Finance that officials have held more than 70 discussions with First Nations organizations on the subject.

Ontario has lagged behind other provinces in its roll out of brick-and-mortar retail stores. Citing supply concerns, the government initially capped the number of stores allowed to open at 25. Few were ready to serve customers on April 1, the first day of legal private retail sales. In Toronto, a massive line formed at the lone cannabis store that opened for business on day one.

Meanwhile, First Nations entrepreneurs have built a thriving grey-market with many on-reserve dispensaries relying on their own supply channels instead of the Ontario Cannabis Store (OCS), which has faced shortages and complaints about product quality.

Former Ontario Regional Chief Isadore Day is hoping for productive collaboration between First Nations, the province and the federal government on cannabis sales. He’s not convinced Ontario Premier Doug Ford’s government is off to a good start with its eight-store offering.

“This is divisive. In no way shape or form does it promote our First Nations working together. It’s saying, ‘Here are eight licenses. There are 133 First Nations in Ontario. You fight over it,’” Day told Yahoo Finance Canada. “It’s a degrading and deplorable tactic that we have seen time and time again. The provincial government will realize very quickly that we’re not going to take the bait.”

Day expects most First Nations will opt to maintain control of cannabis in their communities, though he admits some could be swayed to operate under the province’s framework. 0:00 3:26   Cannabis goes legal: A walk down Ontario’s Green Mile

On Alderville First Nation, southwest of Peterborough, Ont., a stretch of highway has been dubbed “the Green Mile.” Seven dispensaries are up and running today. Three or four more are preparing to open, according to Rob Stevenson, owner of Medicine Wheel.

His Indigenous-owned and operated cannabis store was the first to set up shop in Alderville back in June 2017. Business has been brisk. He estimates he’s served nearly 40,000 registered clients. Not bad considering Alderville has an on-reserve population of 495, according to 2016 census data.

“My first instinct is probably no,” Stevenson told Yahoo Finance Canada when asked if he will enter the lottery for on-reserve stores.

He’s skeptical of the Ontario government’s intent, and the timing of this announcement. He points to the passage of a resolution asserting jurisdiction over all cannabis operations in First Nations territories last month at the 45th Annual All Ontario Chiefs Conference. The Chiefs of Ontario represent the 133 First Nations in the province.

Derek Roque, owner of Creator’s Choice Natural Health Solutions on Wahnapitae First Nation near Sudbury, Ont., is also suspicious of Ontario government regulation on reserves. His store has been raided twice by the Ontario Provincial Police (OPP), or robbed as he prefers to put it.