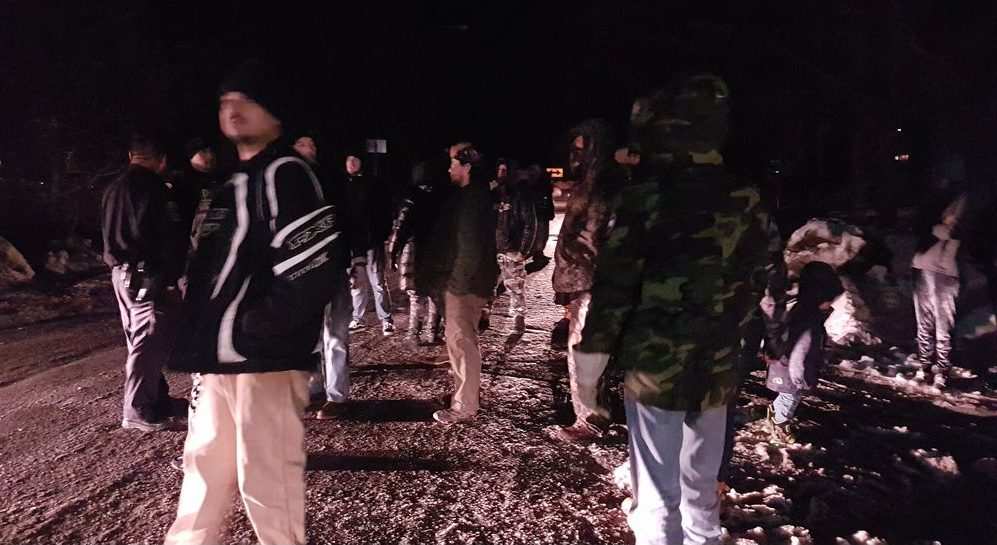 Feb 24, 2019 — Tensions flared in Akwesasne Friday night over the sale of recreational marijuana. Mohawk police shut down a dispensary on the Canadian side of the territory for the second time in a month.

But the clash is symptomatic of deeper divisions in the tribal community over who rightfully governs and who makes the rules.

Marijuana is legal in Canada now. So that includes Cornwall Island, the part of Akwesasne that sits north of the international border. But the tribal council that governs that side of the reserve, the Mohawk Council of Akwesasne, is still working out a licensing program for stores that want to sell it.

Many traditionalists don’t recognize the MCA. People associated with the traditional Indian Way Longhouse took matters into their own hands. They opened Wild Flower Cannabis Dispensary and starting selling.

And twice now, the Mohawk police shut it down, most recently Friday evening. There were reports some of the people working there were arrested, but police haven’t confirmed that.

Traditionalist John Kane said on his radio show Saturday that indigenous Mohawks should be free of governing by outside bodies, including Canada, the U.S. and the tribal councils they recognize. “It’s about the outside imposing its will and false jurisdiction. Just because tribal police are out front it is still Canada on one side and the US on the other.”

Allies of the Longhouse spread word of the raid on Facebook, saying there were “political prisoners” and “we need bodies” to protest.

According to the Cornwall Standard-Freeholder and the Ottawa Citizen, the protest turned violent, although it was unclear how it started. Punches were thrown. A protestor wielded a baseball bat. Police reportedly used pepper spray but didn’t draw their weapons. A video posted on Facebook shows a police SUV burning on the ice of the St. Lawrence River.

Making matters still more complicated, other traditional longhouse representatives have voiced opposition to any marijuana being sold in Akwesasne.

The tribal councils for the US and Canadian sides of Akwesasne issued a joint press release Saturday pleading for calm. “We respectfully acknowledge the differing perspectives on this matter,”  the press release read, “and we encourage peaceful dialogue.”