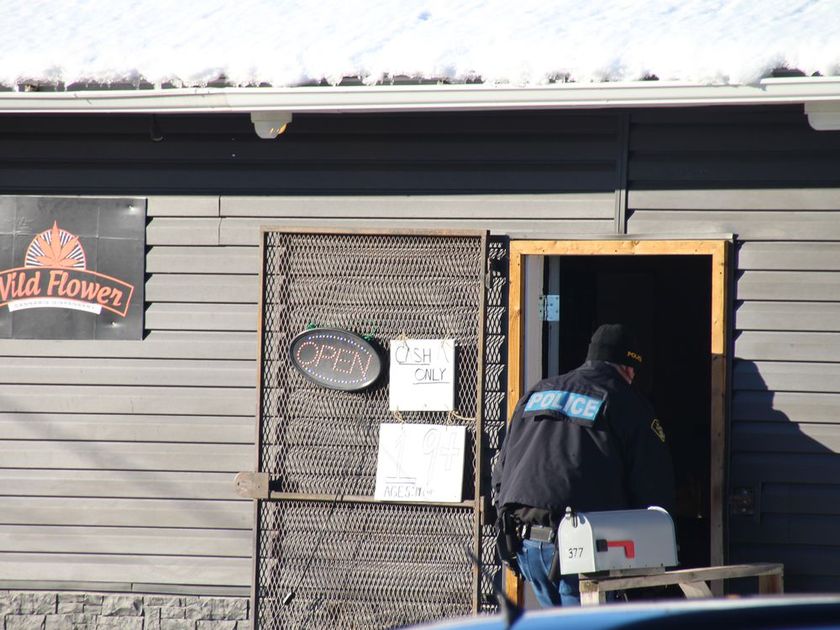 Chasing the marijuana dollar in Akwesasne

The Onkwehonweh-Neha Kanonhsesne’s entry into cannabis retailing could be worthy of certain consideration if it weren’t so circumspect and convenient.

The Indian Way Longhouse is one of the traditional governments within the broader Mohawks of Akwesasne community. It has, of late, become more visible and evident to us non-Indigenous folk as Akwesasronon have looked to it for leadership, instead of the Mohawk Council of Akwesasne.

The MCA is the elected band council imposed under the federal Indian Act. There are many Indigenous peoples, Akwesasronon included, who will never recognize these bodies as legitimate since they were forced upon these communities by a colonial government.

On Oct. 2, the longhouse issued a business directive stating ohskare (cannabis) is “an unrestricted product of natural origin… (that) shall be accepted as a product of rightful consumption, possession and sales by Onkwehonweh…”

This statement was issued independent of the MCA’s own interim cannabis law, which was adopted in the summer and set out a licensing regime for any who wished for legal recognition for cannabis sales.

Shortly after the federal government’s date for the legalization of recreational cannabis passed, the Wild Flower Cannabis Dispensary and AK420 opened on Cornwall Island. Let’s be honest: their market wasn’t Cornwall Island alone. It’s the rest of us who won’t have a legal method of buying marijuana retail until the day a storefront should be licensed within Cornwall / SDG.

Since the two were searched by Akwesasne Mohawk Police on Feb. 5, we’ve learned the longhouse has been involved in Wild Flower since day one, and issued a licence to it. Bear clan representative Roger Jock Kanerahtiio said the AMPS raid was a fear tactic, and fuelled the conflict of recognition between the longhouse and the MCA, calling it an “arm of Canada.

“We don’t get our marching orders from Ottawa,” Kanerahtiio said.

So then why wait until it was federally legal, when you don’t recognize that government’s authority? Why wait until after the MCA had issued its licensing information to set up a parallel one? This decision could have been made years ago.

It was, by their cousins within the Mohawks of the Bay of Quinte, whose leaders have allowed cannabis dispensaries within Tyendinaga Mohawk Territory for years.

The timing of these decisions and events casts doubt over the entire thing. As does a statement we received Tuesday from the Haudenosaunee / Mohawk Nation Council of Chiefs.

Rather than a methodical, well thought out plan for the benefit of all Akwesasronon, this reads more like a series of decisions rushed to take advantage of and subvert the pending legal market.

May their clients not get burnt by this chase for the marijuana dollar.