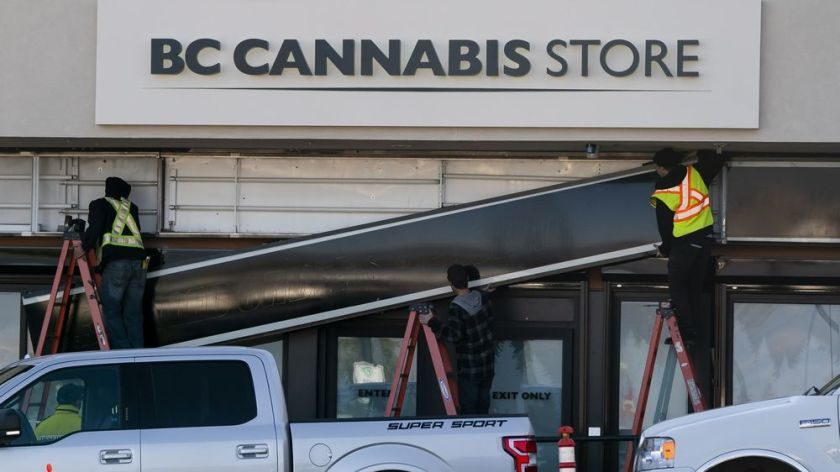 From vancouversun.com Link to Article by Rob Shaw, June 23rd 2019

VICTORIA — B.C.’s largest First Nation is accusing the provincial government of stalling its application for a retail cannabis licence while it races to open its own public store in the community’s prime retail location.

The Cowichan Tribes on Vancouver Island are in the sixth month of trying to get approval for two retail store licences from the provincial government. As the Cowichan wrestle with a wall of red tape, and are repeatedly rejected for nation-to-nation talks with the province, the B.C. government is competing against the First Nation for the municipal rights to open a store in the community’s largest shopping centre.

Government’s licensing delay on one hand and its attempt to outflank the Aboriginal community on the other, have left Cowichan Tribes Chief William Seymour outraged.

“It seems as if they are delaying us so they can ensure their store opens in Cowichan,” Seymour said.

At issue is who gets to open a cannabis store at the busy Cowichan Commons shopping plaza across the highway from the province’s popular Forest Discovery Centre just north of Duncan.

Both Cowichan Tribes (through a partnership venture called Costa Canna) and the government’s cannabis branch have applied to the District of North Cowichan.

“There’s a real big benefit for the province not to provide us with the licence until they have secured the Commons, and a huge conflict of interest as far as Cowichan Tribes is concerned,” said Jodee Dick, land manager at the tribe.

Cowichan Valley MLA Sonia Furstenau said she’s tried unsuccessfully to get answers from Solicitor General Mike Farnworth’s office, which controls licences. “I was quite alarmed and frustrated to hear they were experiencing these delays,” she said.

“Cowichan Tribes have demonstrated that they are responsible, successful business people and I would very much like to see them successful with this venture.”

Seymour already has security clearance from the province because he oversees the Cowichan Tribes’s successful casino. The nation is also certified by the First Nations Financial Management Board, has its own financial administration law and is the owner, operator and landlord of several commercial ventures and a shopping plaza.

“We are also concerned that exempting First Nations from security screening may increase their vulnerability to organized criminals seeking a path into the legal industry,” read his letter.

At one point, the government offered to directly screen Seymour within two and a half weeks if he put in a new application, said Dick. He did. Eight weeks later there’s still no response, she said.

Seymour said he’s particularly disappointed because the First Nation is voluntarily putting itself under provincial rules. Another Costa Canna store, in a tribe-owned shopping centre on reserve land, is ready and could be unilaterally opened by the First Nations government.

But Seymour said he wants to follow the provincial process, so that his nation can help other First Nations start up similar stores.

The Costa Canna cannabis stores would focus on health and wellness, with displays showing how legal marijuana can assist various ailments, said Dick. Because people in the community has suffered from addictions, Dick said there are also plans to include counselling services at the site.

“The revenue generated from this operation will go to support social programs and housing for Cowichan Tribes,” said Dick. “It will be a very big economic initiative for us and provide us for the money needed to have better programs for our community.”

Time is running out for the Cowichan Tribes proposal. North Cowichan council gave the government cannabis store approval last week to go to public hearing. Costa Canna would have to find an acceptable storefront in the Commons shopping centre, at least 300 metres away from the government site, and reapply soon with government approval to keep up, said Mayor Al Siebring.

Siebring said council is aware of the provincial delays.

“I think notionally council is aware of those issues and scratching our heads about it a little bit,” he said. Siebring said he’s heard other communities complain that the province is the inspector, licence issuer, supplier and wholesaler when it comes to private cannabis retailers.

Seymour said he’s met with Farnworth and Indigenous Relations Minister Scott Fraser to ask for nation-to-nation talks on the issue under the United Nations Declaration of the Rights of Indigenous Peoples. That has also been denied.