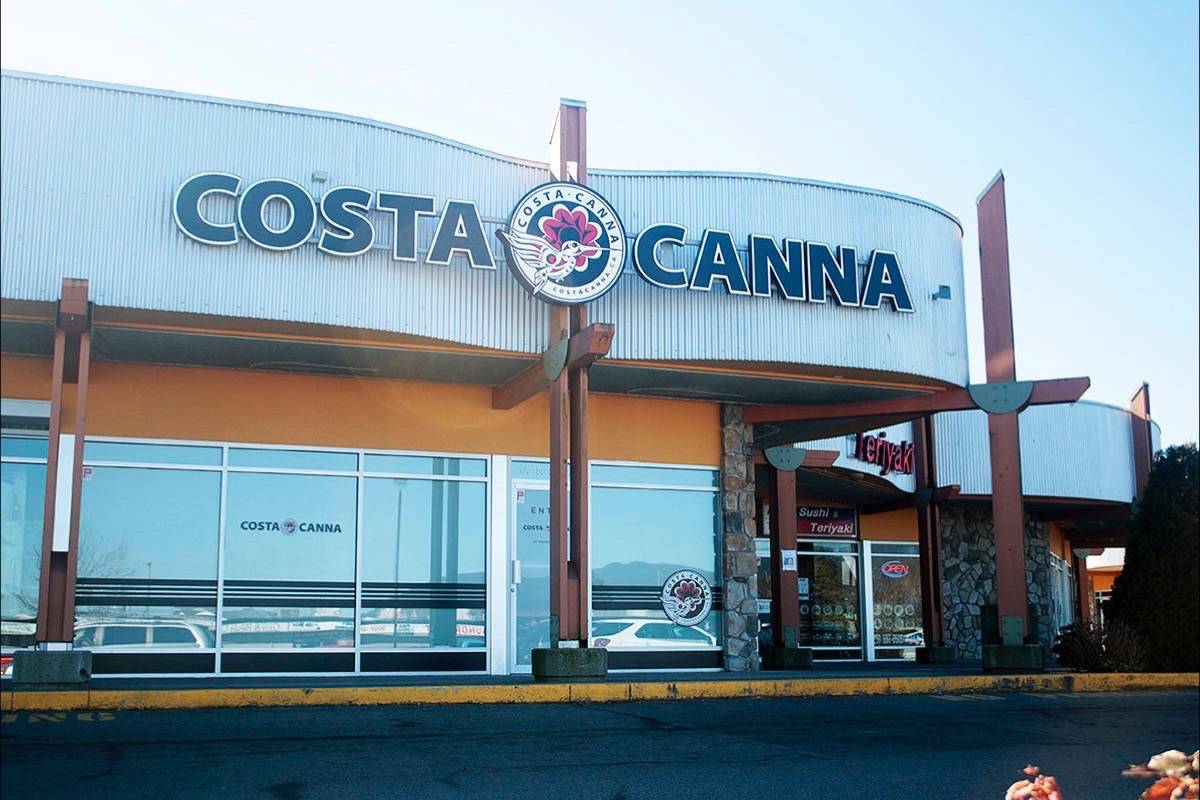 From cowichanvalleycitizen.com link to article by ROBERT BARRON Oct. 11, 2019

The Cowichan Valley’s first retail marijuana store is set to open on Oct. 18.

After months of anxious waiting, Costa Canna, a partnership headed by Cowichan Tribes, finally received its licence last week from the province to operate the store in the Duncan Mall.

Costa Canna was originally scheduled to open on April 15, but security checks and other licensing processes by the province took longer than anticipated.

Because of their standing as a First Nation, Cowichan Tribes had the option of creating their own cannabis regulations in order to open a store located on their own reserve land— something that has been done by other First Nations, including the Kwaw-Kwaw-Apilt near Chilliwack — but they chose to work within the framework set by the provincial government.

Costa Canna also received a licence from the province to operate a second pot shop in the Cowichan Commons, and the Municipality of North Cowichan gave the green light for store to open at a council meeting on Sept. 4.

Costa Canna is now in the process of bringing the store at Cowichan Commons in compliance with the province’s security guidelines and the hiring, vetting and training of staff to work there.

“We’ve been waiting and hoping for the licence from the province for some time, so it was a real sigh of relief to get it,” said Cowichan Tribes Chief William Seymour.

“We’re now finally set to open Costa Canna in the Duncan Mall and are looking forward to its grand opening.”

The First Nation plans to use the revenue that Costa Canna generates to build homes for its members and help deal with other social issues.

Costa Canna is a retail model that Cowichan Tribes hopes to expand beyond the region to the rest of Vancouver Island, British Columbia and Canada.

It’s expected that, as Costa Canna has gone through the lengthy provincial licensing process, further applications by the company to the province for additional marijuana retail stores will go through the system much quicker.

“We don’t have any plans for a third store yet, but there has been some interest from other First Nations, including those in Bella Bella and Haida Gwaii, for us to assist them in setting up stores in their communities,” Seymour said.

“Once they are set up and they begin running them themselves, they would have the option of buying us out.”

Cowichan Tribes plan to hold traditional ceremonies and a barbecue that will be open to the public beginning at noon next Friday at the grand opening of the Costa Canna location in Duncan Mall.