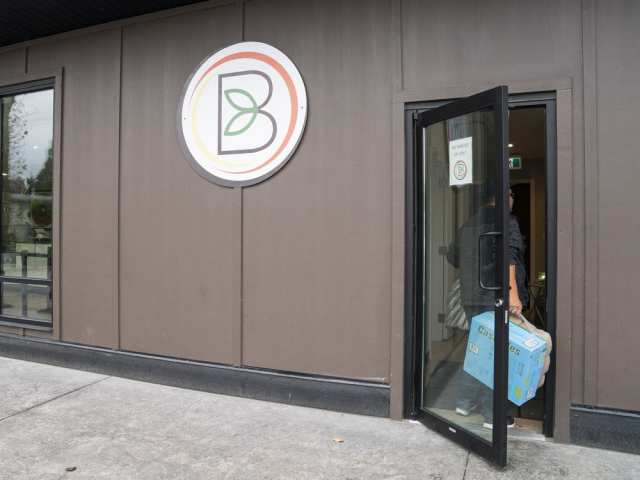 Chilliwack’s cannabis retail shop is operating on First Nations land, under a cannabis law passed by the Kwaw-Kwaw-A-Pilt band.

From vancouversun.com link to article by RANDY SHORE November 2, 2018

They are not alone.

First Nations from B.C. to Nova Scotia are in a jurisdictional uprising over the manufacture and sale of recreational cannabis on their lands, including the powerful Six Nations government in Ontario, where they are also drafting their own regulations.

“First Nations reserve lands are not under provincial jurisdiction,” said Darwin Douglas, a Cheam councillor, who is advising the Kwaw-Kwaw-Apilt. “First Nations are writing their own cannabis laws and standards that meet or exceed federal and provincial standards.”

The Indigenous Bloom cannabis store on the Kwaw-Kwaw-Apilt reserve does not have a provincial retail licence.

Conflict was inevitable after First Nations were ignored when Ottawa cut a deal with the provinces to share excise tax revenue from recreational cannabis, said Manny Jules, head of the First Nations Tax Commission.

Provinces will receive 75 per cent of an estimated $400 million in annual excise tax revenue, while Ottawa gets 25 per cent.

The government also ignored a warning from the Senate Standing Committee on Aboriginal Peoples, that First Nations likely have law-making and regulatory powers over the cannabis trade.

Under provincial cannabis legislation, B.C. confers the same powers to First Nations as it does municipalities: They can choose whether to allow provincially licensed cannabis retail stores on their land, they can control where the stores locate, and they can apply for a provincial retail licence to open a shop.

“As with the provincial Liquor Control and Licensing Act, B.C.’s cannabis laws are laws of general application that apply across the province, including on reserve and treaty settlement lands,” said Solicitor General Mike Farnworth.

That is not the “nation-to-nation” relationship promised by the prime minister, said Jules, a former chief of the Kamloops Indian Band. “It’s a powerful opportunity for reconciliation thrown away.”

He is advocating with Health Canada, the lead ministry on cannabis, for federal legislation to give “11th province” powers to First Nations to control the manufacture and sale of cannabis on reserves, along with a province-sized 75-per-cent share of the excise tax.

“By not including (First Nations) in Bill C-45, Ottawa has created grey markets on Indian reserves, and that’s no one’s fault but their own,” he said.

“It was built so that our members would have jobs,” she said.

Cannabis products sold by Indigenous Bloom are supplied by production facilities on First Nations lands and thoroughly tested, she said.

A cannabis production facility is reportedly operating at the nearby Shxwha:y Village First Nation.

The Skwah First Nation opened The Kure retail shop on its land in May, and the Kwaw-Kwaw-Apilt opened July 5. Both shops were raided by the RCMP on July 12.

The Kure has remained closed as the band is reportedly seeking a provincial cannabis retail licence. But Indigenous Bloom reopened with new stock the next day and it has stayed open.

Leaders from Shxwha:y Village, Kwaw-Kwaw-Apilt and other First Nations are actively working with the provincial and federal government to sort out how rules for growing, distribution and retail sale of cannabis will apply on reserve lands, said Douglas.

But for now, unlicensed stores are subject to enforcement by B.C.’s newly created Community Safety Unit, in consultation with First Nations, according to Farnworth.

Federal cannabis legislation is likely to be amended as Ottawa fine-tunes its approach, so Jules is optimistic the government will seek to avoid fighting First Nations in the courts over jurisdiction. He continues to make his case to the Senate standing committee.

In a statement, the committee noted: “Indigenous peoples have the inherent right of self-determination, including the appropriate law-making authority to make meaningful decisions that affect the lives of their people and communities, including regulating cannabis.”