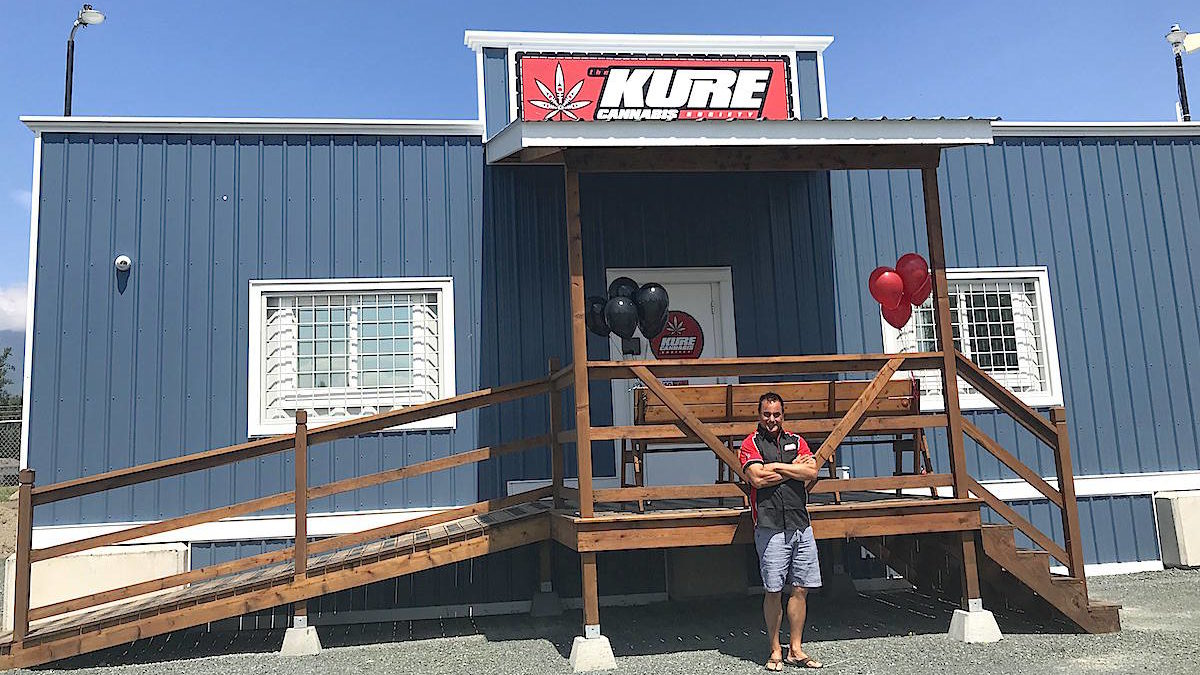 Only legal pot shop between Vancouver and Kamloops now open

The Kure Cannabis Society owner called it a “proud day” Friday as the store opened its doors as a licensed private cannabis retail operation on Skwah First Nation in Chilliwack.

It’s the only legal pot shop between Vancouver and Kamloops.

The Kure Cannabis Society also became the first Indigenous-owned store to be licensed to operate on Indigenous land in B.C.

The Mussells decided to shut down the dispensary well ahead of legalization last year, with intent of re-opening as soon as they obtained the licence to sell non-medical cannabis.

Preparations have been months in the making.

They’ve been racing to file security clearance application forms and criminal record checks for staff, but they were able to handle the soft opening on June 21.

So what will be different now?

“The product will be much safer and consistent,” Mussell replied. “It means people who might be scared to try it can do so safely, with the reassurance it meets all standards.”

The Kure’s re-opening happened to be on National Indigenous Peoples Day, which Mussell called “great timing.”

Traffic was steady on the first day.

Already his phone is blowing up from people trying to contact him to discuss the possibility of franchising.

“This example just shows that between government and Indigenous, we can work together,” Mussell said. “I think I’ve proven it can work.”

The Kure first opened up in May 2018 as the first pot shop on First Nations land in Chilliwack, followed soon after by Indigenous Bloom. On July 12, 2018 both shops were raided by the RCMP and both opened again for business soon after.

But while Indigenous Bloom remained open citing legislation under the First Nation’s land code provisions, even starting a second shop, Mussell said he shut down The Kure in October deciding to complete the application process and await provincial approval.

Mussell said he and his wife, Carrie, found working with the Liquor and Cannabis Regulation Branch staff to be excellent, and he credits Carrie with successfully overseeing the lengthy application process for the store.

The grand opening is set for Canada Day, Monday, July 1, and Mussell said there will be a live band and a barbecue, as well as overflow parking beside the shop that been cleared. The parking area is RV friendly, and good for people attending the Canada Day fireworks.