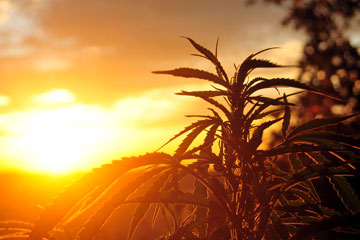 From canadianlawyermag.com link to article by Jean Sorensen, October 29, 2018

First Nations officials say over-arching federal and provincial frameworks in place to regulate cannabis in Canada do not consider a third level of governance that comes from rights they already have over traditional lands.

The Cannabis Acteffectively splits jurisdiction over marijuana retailing and use into two camps: licensing of medical cannabis outlets, cultivation and production through Health Canada regulations while licensing of recreational retail outlets and personal use falls under provincial statutes.

Indigenous people say they have historic rights attached to their traditional lands, have achieved rights through court cases, have treaty processes in progress or provincial agreements outside the treaty process, and they are using a federally granted land management tool known as land codes.

“The reality is there was law first and not always the authority,” says Chief Bob Chamberlin, who along with Chief Harvey McLeod and Cheryl Casimer have spear-headed the BC Assembly of First Nations Joint-Interim Working Group on cannabis that is looking at issues such as jurisdiction but also taxation, a major concern for First Nations who want revenue sharing on cannabis and see millions of dollars of revenue bypassing them.

In the spring, the national Assembly of First Nations passed a resolution urging the federal government to prevent provincial legislation from applying to First Nations lands and have also urged revenue sharing. Neither has happened. In B.C., the solicitor general’s ministry has issued guidelines for recreational cannabis outlets on First Nations lands.

Spokesman Colin Hynes says licensees must first clear a B.C. government background check and then the applicant needs the consent of the First Nation governing authority for those lands before the B.C. government issues a licence.

B.C. Minister of Public Safety and Solicitor General Mike Farnworth has said that he estimates it will take two to three years before B.C. has a mature cannabis system in place that will have dealt with all the issues surrounding both medical and non-medical use of cannabis.

Chamberlin says the BCAFN is adhering to the United Nations Declaration on the Rights of Indigenous Peoples with Article 23, which gives the Indigenous people the right to be involved in developing and determining health, housing, economic and social programs and administer those programs through their own institutions.

Chamberlin says how cannabis is dealt with on First Nations lands will be determined by entitlement.

“Jurisdiction flows from title,” he says, adding that even applies to lands that are unseeded as there is a presumption of First Nations rights. Once there is jurisdiction, he says, there are laws. Some First Nations groups are moving to forge their own laws.

Chamberlin says there are several examples across Canada and in B.C. In Eastern Canada, Six Nations — the largest First Nations reserve in Canada — is writing its own legislation. In B.C., Kwaw-Kwaw-Apilt First Nations (a Fraser Valley group) voted in a land code in April 2018 — one of 80 across Canada now in operation. Under the code, Kwaw-Kwaw-Apilt council passed a cannabis law allowing a medical marijuana outlet to operate under its land code.

Greg McDade, managing partner of Ratcliff & Company LLP, a law firm that specializes in First Nations issues and has forged several land codes, says he cannot comment on the codes’ relevance to cannabis laws, but, he says, land codes have become a powerful tool for First Nations.

“They have much more control over land use,” he says. “It allows more administration and a lot more jurisdiction over things such as property tax and rights for First Nations that they have not had under the Indian Act. There is no downside to it.”

In April 2018, the Kwaw-Kwaw-Apilt, a Fraser Valley First Nations group, passed its land code. In the summer, the RCMP raided an Indigenous Bloom unlicensed medicinal cannabis dispensary on Kwaw-Kwaw-Apilt land. A day later, it was up and running. Robert Louie, chairman of Indigenous Bloom, issued a statement to Global News that said: “The RCMP unfortunately did not know that Kwaw-Kwaw-Apilt had their third and final reading of their Cannabis Law the same day as the closure. Kwaw-Kwaw-Apilt re-opened their dispensary operations the next day under the guidance of their newly implemented law.”

Louie, a former practising lawyer specializing in native law, chairs the Lands Advisory Board, established through the Framework Agreement, which advises members in three Canadian regions on land governance over reserve lands management and resources. Louie declined an interview.

Andre Gagnon, spokesman for Health Canada, said in an email that Health Canada recognizes the rights of First Nations to bring in laws on their lands as the nations move toward self-determination.

“Such bylaws, or legislation enacted by Indigenous governments, could co-exist with the Cannabis Act as long as they do not conflict with the act or frustrate its purpose,” he said. “This must also be balanced against the need to ensure that the legal and regulatory framework for cannabis, including criminal prohibition, is applied consistently across the country. As such, the Cannabis Act — like the Criminal Code —is a federal law of general application that will apply to all people in Canada, including Indigenous Peoples.”

Gagnon said that, under the Cannabis Act, those First Nations wishing to produce and sell cannabis products are still required to be licensed by the appropriate provincial, territorial and federal authorities.

Cheam is another First Nations with a land code. Council member Andrew Victor says his First Nation currently has a cannabis control law under construction. The law will align with laws currently in place. But land codes are an effective tool for management.

“Land codes are a whole new realm of what First Nations are able to do and for the day-to-day management,” he says.

Victor says there is now a B.C. precedent in court — although provincial court — of land code laws being upheld and flowing from a federal statute on land management. The Vancouver Island Comox-based K’ómoks First Nation won the first court case where it prosecuted private criminal charges against a couple trespassing on KFN land under the land code. While the court case is seen as an affirmation of the rights of the First Nations group, Victor says the challenge is still getting police forces to enforce the land code laws.

Rights attached to cannabis cultivation, production and distribution for medicinal purposes also remain a concern for First Nations. The BC Cannabis Legalization and Regulation Secretariat established to implement non-medical cannabis regulations in B.C. heard submissions from numerous municipalities but also five Indigenous governments and one group.

The submission by the Gitanyow Hereditary chiefs (Kitwanga, B.C.) did not want B.C.’s legislation to remove its rights to use medicinal cannabis oil and medical cannabis in its traditional northern lands. The chiefs maintain that they have the right to use their lands for cultural, ceremonial and economic purposes and this includes the growing of marijuana and cannabis as part of the Gitanyow-Canada Federal Reconciliation Framework.

“Gitanyow have traded medicinal plants and seeds with indigenous and non-Indigenous people since time immemorial,” the submission states.

The chiefs also want to see that all proposed medicinal and industrial cannabis crops and operations on their traditional lands are under their designated cannabis and hemp plan and implemented as part of the federal reconciliation framework.

Chamberlin says First Nations people throughout B.C. have had a recognized relationship with using medicinal plants of all kinds.

“Whether it is a medicinal plant is the key,” he says, adding that aboriginal rights are not frozen in time. “We have a long history of using medicinal plants.”

Terry Teegee, regional chief of the BC Assembly of First Nations, says he believes there are numerous scenarios that relate to cannabis on First Nations land as they related to how that land is held and how that will impact or sustain the rights of First Nations to make their own laws regarding cannabis.

“I think there is an understanding that we have a right to make our own laws as we already have our own sovereign laws and with the land codes,” he says, adding that where difficulties arise is when laws clash and there is the need to determine which law dominates — First Nations, provincial or federal. Those are areas that would have to be negotiated or go before the courts.