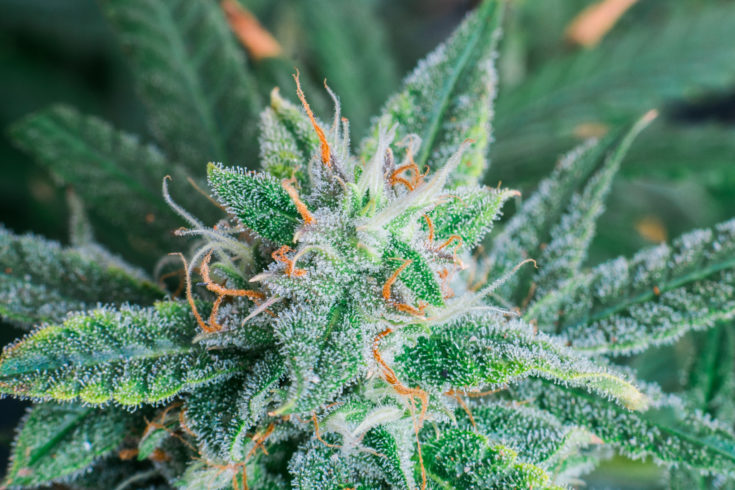 First Nations and the provinces should look to US state-tribal Compacts as a pragmatic way forward for cannabis regulation on-reserve.

From policyoptions.irpp.org link to article by Rolanda Elijah, November 29 2019

Federal lawmakers ignored the call to delay cannabis legalization until First Nations could be adequately consulted on the regulation of recreational sales. Now it is provinces that must engage meaningfully, and they should not make the assumption that their laws should apply on-reserve. The draconian approaches of the past that restricted First Nations involvement in the legal supply chain of tobacco – a traditional plant we have grown for generations – simply led to unregulated sales in Ontario and Quebec.

In the absence of progress on province-to-First Nation negotiations on cannabis regulation, the tobacco pattern is reproducing itself with cannabis. At Tyendinaga First Nation, the tobacco smoke shops inspired the “Green Mile,” a nickname for an outcrop of cannabis stores. These latest retail outlets and the leaf and product being promoted by their owners do not comply with federal and provincial licensing laws.

Provinces are going to have to make choices on how to co-develop a process for achieving a mutual understanding of how First Nation cannabis self-regulation can be developed and supported. This is a dialogue that is going to take time because it involves a complex conversation around an entirely new product. Everyone will be on a learning curve, and they will need to come to the table with an open mind and a pragmatic outlook. The provinces will need to embrace the idea of sovereignty, where the First Nation is acknowledged as the relevant authority for on-reserve regulations.

The most difficult regulatory aspect to deal with is the topic of taxation, primarily where non-First Nations people are buying cannabis products on-reserve without paying taxes back to the province. What has been learned from tobacco sales is that vendors on-reserve will not comply with provincial taxation rules and remit to the province. Provinces that intend to pursue the same approach with cannabis as they took with tobacco are not likely to get far into the conversation with First Nations.

But there are examples for gaining cooperation of First Nations on taxation. New Brunswick and Saskatchewan, for example, have used intergovernmental agreements to deal with tobacco and gas sales on reserve. In the United States, it is the individual states that also engage on tax and regulatory discussions with tribal groups and these are negotiated under compact agreements.

The US compacts are worth consideration by both First Nation and Canadian policy-makers because the individual states do not challenge the legitimacy of the tribes to regulate on their lands, which are within federal jurisdiction. Eliminating a main point of contention, tribal sovereignty is simply a better position from which to start the conversation. Furthermore, whatever the tribe and state agree to gets enacted in federal law.

While the legal recognition of tribal sovereignty is different in the United States, the same fundamental issues will need to be addressed in Canada. First Nations and provinces are going to have to work together to address the jurisdictional gap. Hopefully they can model elements of the US compact system, which does not dispute the First Nation as the relevant authority for intergovernmental agreement or law-making authority.

Secondly, the provinces will have to work with First Nations in developing capacity to support those First Nations that are most ready to create and implement a self-regulatory system.  Apart from the largest and most developed First Nations (those with trained finance personnel, ISO certification, or financial administration laws, for example), most will lack the capacity of the province to implement and enforce their laws. Further research could assist in this regard, especially to compare the US compact-financial compliance requirements versus those that could come from other legislation such as the First Nations Fiscal Management Act.

Joe Tokwiro Norton’s closing remarks to a gathering of chiefs at the Assembly of First Nations Cannabis Summit in September 2019 reflects a shift in strategy for First Nations in Ontario and Quebec. He said, to paraphrase, that we learned from the mistakes of tobacco regulatory regimes. In other words, First Nations are not acquiescing to unregulated sales of cannabis with the revenues going into the pockets of a few – with no contributions back to community. Nor is it reasonable to expect these First Nations to turn over all the taxation revenue and regulating responsibility to the provinces for sales on Indigenous land, within federal jurisdiction.

This shift in First Nation messaging is an opportunity for First Nations and provinces to both engage in a meaningful dialogue and is a real opportunity to reshape economic and government-to-government relationships. A made-in-Canada tax and regulatory compact system could help structure and create more suitable arrangements for all.