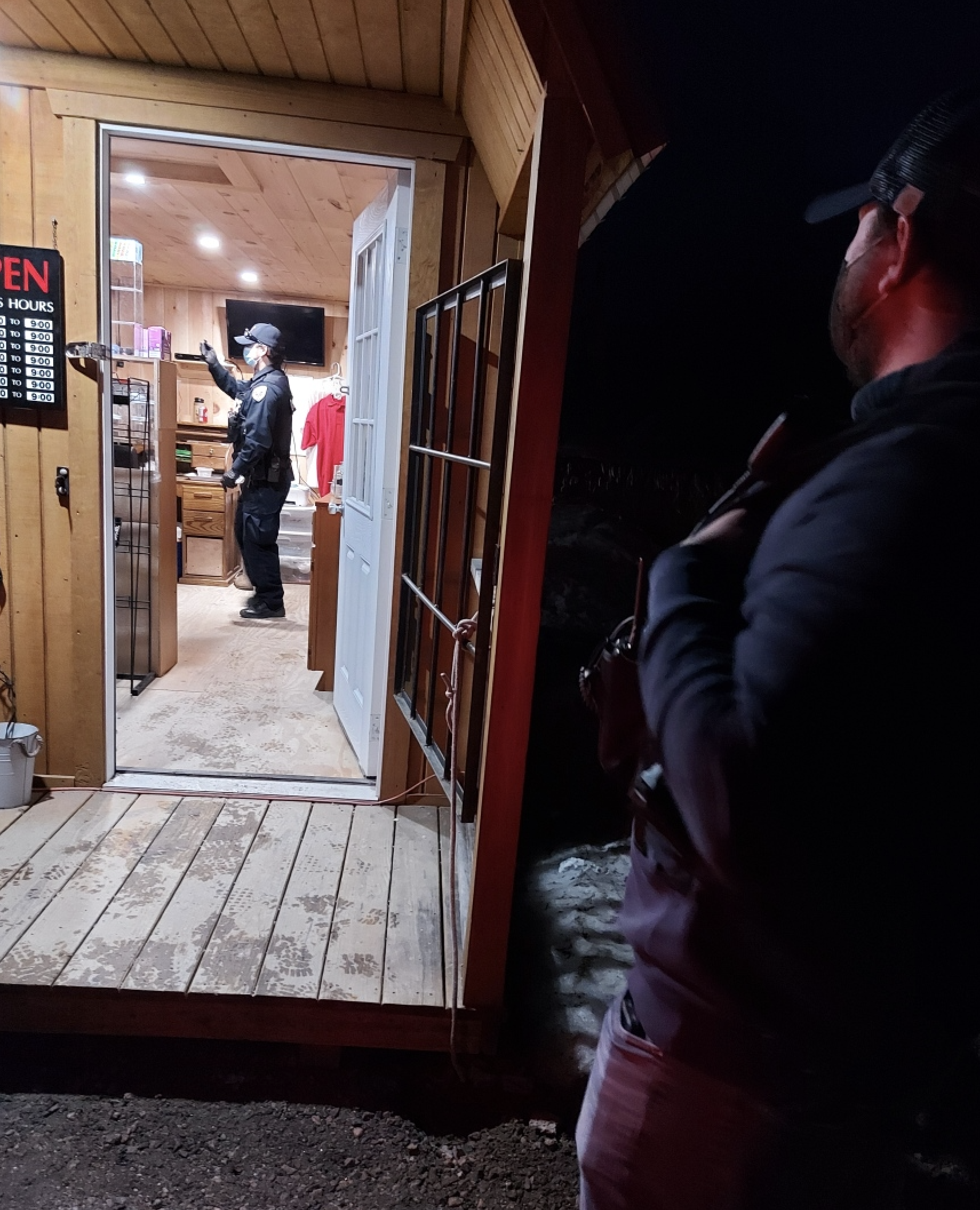 SHAWANAGA FIRST NATION – Members of the Anishinabek Police Service, led by Constable Sheema Osipenko of Wasauksing, carried out a raid yesterday on the High-Way 69 Medicinal Cannabis Shop located next to the Blue Sky Woman trading post. Two people were charged with possession for the purposes of distributing and selling cannabis and the store’s supply of medicine was taken by police.

The raid occurred on the one year anniversary of the store’s opening.

The two people charged were released on their own recognizance and are required to appear on April 15th, 2021 at the APS Wasauksing detachment for identification under Canada’s Identification of Criminals Act.

The APS has yet to release a public statement on the raid, or to state how much medicine and money they took from the store. This is the first APS raid on an Indigenous cannabis dispensary in over a year. After carrying out raids in Garden River and Wahnapitae First Nation in 2018 and 2019, the APS did not raid other Indigenous cannabis stores in 2020. The APS was reached for comment but did not respond before publication of this article.

The business is circulating a petition of support for the general public to sign, and encourages their clients to support them by shopping at the store. A community fire has been lit on the property, and supporters are encouraged to gather in support.

Shawanaga is unceded Indigenous territory that was listed in the Indians’ Protection Bill of July 30, 1850 and the Rowan Proclamation of March 11, 1854.

Section X of the Act explicitly protects the wealth of Indians from seizure – including their treaty annuities and presents – as well as Indian wealth expended and invested in “the encouragement of agriculture and other civilizing pursuits” i.e. in growing and selling their produce and wares from within their own economy. The Act recognizes the individual rights of Indians to hold this wealth which “may be and often necessarily are, in the possession or control of some particular Indian or Indians of such Tribes.” The Act also explicitly protects Indian-held property from “seizure, distress or sale, under or by virtue of any process whatsoever.”

Section X goes on to clarify that “none of such presents or of any property purchased or acquired with or by means of such annuities or any part thereof, or otherwise howsoever, and in the possession of any of the Tribes or any of the Indians of such Tribes shall be liable to be taken, seized or distrained for any manner or cause whatsoever.”

Those charged in the raid have reached out to lawyer Michael Swinwood who is representing 9 other Anishinaabe cannabis dispensary owners in raising a constitutional challenge to the police raids on their stores.