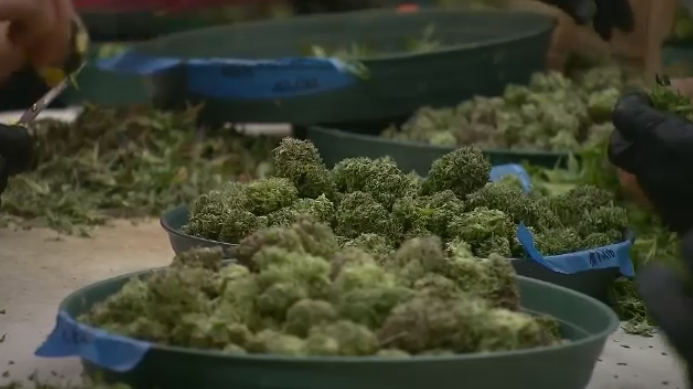 Two Mohawk communities around the Island of Montreal say despite closing tobacco and cannabis businesses to minimize traffic from outside the community amid the global COVID-19 pandemic, the shops’ non-Indigenous clients keep coming.

Kahnawake, on the south shore of the city, ordered all tobacco shops and factories within the community to close on March 21. But multiple residents told CBC News they’ve still been encountering people from outside the community driving through the streets in search of open stores, or approaching people out on walks.

Chris Deere, the owner of Rover & Daisy’s Country Store, said he was approached on his front lawn Tuesday night. His small grocery store is surrounded by tobacco shops along Highway 132.

“I’ve had customers trying to buy tobacco while I was standing in the yard, talking on the phone just trying to get some fresh air,” said Deere.

“I’m standing in the dark, in the shadows, and this guy is walking down the road at 9 p.m. asking if it’s open.”

Deere’s own store has been closed for over a week as he’s a volunteer firefighter and is practising social distancing with his family.

“The people coming to the cigarette stores are nothing new, but this whole situation just makes it surreal,” he said.

“We’re trying to lock ourselves down so that people don’t get sick and people are wandering around trying to get cigarettes,” he said.

Northwest of Montreal, the Mohawk Council of Kanesatake on Monday ordered all stores selling tobacco, cannabis, and alcohol products in its territory to close until further notice in an effort to encourage social distancing and protect its community’s population.

“COVID-19 is spreading like wildfire around the world. We’re not immune to it,” said grand chief Serge Otsi Simon.

“We demanded that they shut down because the excess traffic coming from Ontario and Montreal was posing a direct threat to our community. We’re more at risk, more than 50 per cent of our community members having underlying conditions like heart disease, diabetes, and immune system problems.”

Clifton Nicholas, owner of the Green Devil, one of Kanesatake’s cannabis dispensaries, said he supports the decision. His business has been closed for almost two weeks. But even though he blocked off the entranceway and put up signs, he said customers have still been coming.

“I’m bothered by the fact I’m missing out on the business because there’s an endless stream of people up until the last couple of days coming and knocking on my door asking for business, and it broke my heart to refuse them but they have to be a little more proactive on their end also,” he said.

“To our Quebecois clientele, we love you, respect you. And in respecting and loving you, we ask that you stay home for our sake, and your sake,” he said.