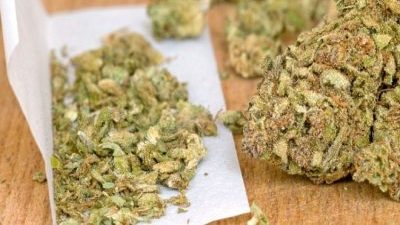 From montrealgazette.com link to article by CHRISTOPHER CURTIS, August 30th, 2019

After claiming last month that the presence of Mohawks near his village lowered property values, the mayor of Oka has apologized to the people of Kanesatake.

Mayor Pascal Quevillon fought back tears Friday as he embraced Kanesatake Grand Chief Serge Simon during a meeting of Indigenous leaders in Wendake. Simon thanked Quevillon for his courage in owning up to the “hurtful” words.

Quevillon is fighting against a land transfer that would see a private developer donate 60 hectares of disputed territory back to the Indigenous community. Earlier this summer he said that if the transfer went through, his village would be “surrounded” by Mohawks, illicit tobacco shops, cannabis dispensaries and illegal garbage dumps.

“I’ve never said there’s no crime in my community but (Quevillon) painted us all with the same brush,” Simon told the Montreal Gazette. “The people he was calling criminals, they’re educators, they’re farmers, they care for our elders for goodness sake. These are good people, these are good neighbours.”

The land at the heart of this summer’s dispute lies between Oka and Kanesatake, just down the hill from the pine forest where Mohawk warriors clashed with federal troops in 1990. Back then, Oka wanted to raze the pines to make way for an 18-hole golf course, triggering an armed standoff that lasted through the summer.

With the question of who rightfully owns the land — considered sacred by the Mohawks — never resolved, developer Grégoire Gollin bought a chunk of it from the municipality and began clearing it in 2017. After tensions flared, he paused the development and vowed last month to give 60 hectares back to the community.

Gollin is also trying to sell 150 acres to the federal government so it can be returned to the Mohawk community who lived on it for generations.

But Quevillon has fiercely resisted the transfer, decrying a lack of consultation from Ottawa and claiming the land will be used to build more cigarette shacks and unregulated cannabis dispensaries. After the mayor’s comments about being “surrounded” by Mohawks, talks between Simon and Quevillon fell apart and the two communicated only through an intermediary — Liberal MP Marc Miller.

“It takes a lot of courage to reflect on words like that, stand in front of Indigenous leaders and apologize,” said Miller, the parliamentary secretary for Indigenous affairs. “This is one of Canada’s oldest land claims, it is a long process that will require a patient, even-keeled approach. Inflammatory statements don’t help.”

The mayor’s apology came during a conference between Indigenous chiefs and Quebec’s municipalities outside the provincial capital. He apologized after Kanesatake council chief Patricia Meilleur, Wendake Chief Konrad Sioui and a group of mayors put pressure on Quevillon to make amends.

Miller says the federal government bears the weight of resolving this particular dispute as well as Kanesatake’s 301-year-old land claim over the Seigneury of Lake of Two Mountains — a sprawling territory of just under 700 square kilometres.

“In the medium-term, we want to see what’s the best structure for returning the pines to Kanesatake,” said Miller.

Simon says he recognizes that, for Quevillon, the process of being excluded from negotiations with Ottawa can seem frustrating.

“Listen, I didn’t invent this process, it’s how the Constitution works. This matter is between us and the federal Crown,” Simon said. “That’s just how it works. There’ll be time to include Quebec in the discussion later, but first it’s between us and Ottawa.”

Published in Kanesatake, News and Reprint