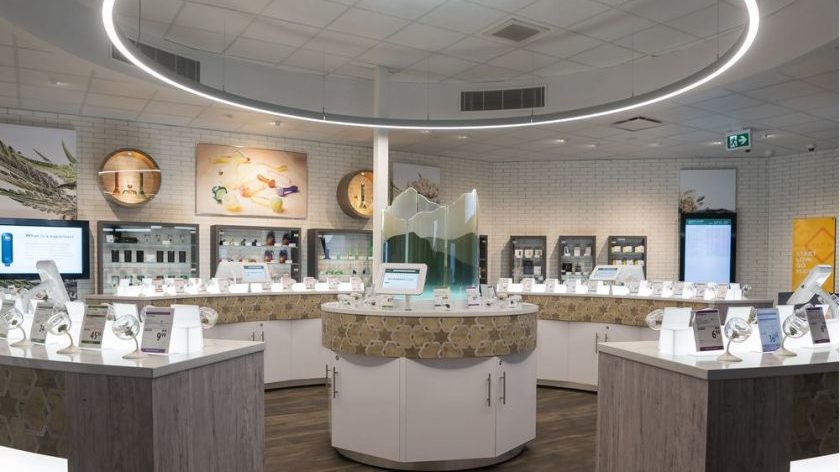 From vancouversun.com link to article by NICK EAGLAND, September 3rd 2019

B.C.’s largest First Nation is calling on the provincial government to rescind an application for a B.C. Cannabis store in a local shopping mall where its government hopes to open its own non-medical cannabis store.

Cowichan Tribes and the B.C. government have both applied to the Municipality of North Cowichan for rezoning to open cannabis stores in the Cowichan Commons shopping centre north of Duncan. Cowichan Tribes has been waiting close to nine months for a cannabis licence from the province’s Liquor and Cannabis Regulation Branch but is stuck in bureaucratic red tape waiting for security clearance for its Costa Canna store.

Cowichan Tribes have accused the province of delaying its cannabis security check so it can secure the potentially lucrative retail location. In June, Solicitor General Mike Farnworth, who is responsible for cannabis licensing, responded to the criticism by telling Postmedia News that he wasn’t “going to lose sleep” if the province didn’t get the Cowichan store.

“I hear Minister Farnworth saying he couldn’t care less if he got a licence at Cowichan Commons mall,” Seymour said. “My thoughts are it’s just words. If he’s serious, he would pull his application out of there. That hasn’t been done.”

Seymour argues their screening should be fast-tracked because the Cowichan Tribes already operate a casino, and he and three other administrators have been through provincial security vetting for the gambling licence and to sit on the gambling board. He wants the government to allow the First Nation to have an opportunity for economic development within its traditional territory, and to bring back revenues to the community.

The Ministry of Public Safety and Solicitor General confirmed Thursday that Farnworth had received Seymour’s letter. Farnworth will be contacting Seymour directly to discuss the Cowichan Tribes’ concerns, the ministry said in an email.

Seymour sent another letter Wednesday to North Cowichan Mayor Al Siebring advising him that if the municipality approves both the B.C. Cannabis and Costa Canna stores, Cowichan Tribes and their partners will withdraw their application.

The municipality declined to comment until council has had a chance to meet and determine its response to the letter.

B.C. Cannabis Stores don’t have to go through the same licensing and screening process, and run the only legal recreational cannabis ecommerce site, giving them an unfair advantage, said Jodee Dick, lands manager and economic development adviser for Cowichan Tribes.

“If B.C. Cannabis is in the Commons, there’s no way for us to compete with the disadvantage that we have right off the get-go and the monopoly they’ve set up,” Dick said.

She also pointed to the municipality’s strategic plan, which calls for supporting First Nation economic opportunities.

Seymour and Dick said that by allowing their ministries to avoid implementing processes that put First Nations governments on equal footing for cannabis retail, the federal and provincial governments are failing to follow through on their commitments to truth-and-reconciliation.

“We continually hear (Prime Minister Justin) Trudeau and (B.C. Premier John) Horgan speak to this ‘government-to-government’ relationship,” Dick said. “They signed a commitment agreement with the First Nations Leadership Council committing to the implementation of processes that recognize First Nations governance. None of that is happening.”

-With files from Rob Shaw