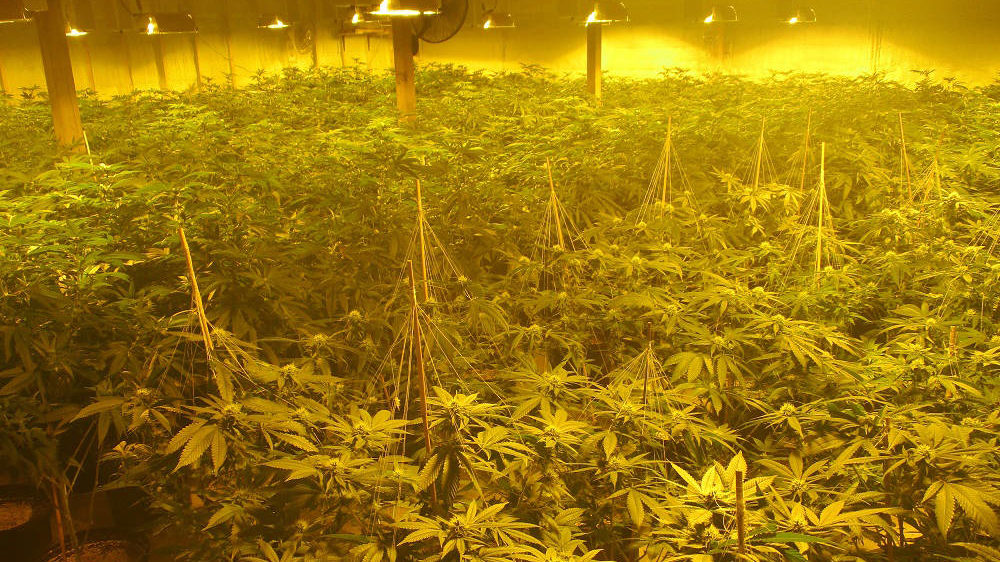 From globalnews.ca link to article by Daina Goldfinger July 4th 2019

On Wednesday, the Ontario government announced that it will issue up to eight licences for those wishing to operate a cannabis store on First Nations reserves — but Indigenous leaders and those involved with cannabis say this decision poses jurisdictional issues.

The announcement from the Ontario government comes almost a month after the Chiefs of Ontario voted to assert jurisdiction over all cannabis operations in First Nations territories.

“Limiting those number of stores is contrary to what we call community sovereignty — that is those communities making their own decisions whether they’re going to operate a retail cannabis operation,” Ontario Regional Chief RoseAnne Archibald told Global News on Thursday.

“It’s an attempt by the government of Ontario to assert its jurisdiction where it doesn’t belong.”

According to Archibald, the Ontario government did not consult with First Nations regarding the eight cannabis store licences.

“They did not talk to us at all. There’s been no consultation on the number of stores, nothing,” she said. “This kind of unilateral action is not acceptable, especially given that the chiefs passed a resolution specifically on their own sovereignty and jurisdiction over cannabis sales and production in their communities.”

Currently, there are already a number of cannabis stores set up throughout different First Nation communities, and according to Archibald, some First Nations already have their own cannabis laws.

One store is Medicine Wheel Natural Healing in Alderville, Ont., which has been in operation for two years. The shop has over 40 employees and almost 40,000 registered clients.

“I don’t think it’s going to work on a lot of communities that are already established in the industry,” said Rob Stevenson, owner of Medicine Wheel Natural Healing and spokesperson for the Mississauga of Rice Lake Cannabis Association.

Right now, Stevenson’s store is able to contribute to causes that help the community, something he said the marketing rules put in place for licenced cannabis stores by the Ontario government wouldn’t allow.

“With their marketing rules…First Nations wouldn’t be able to contribute to their community, wouldn’t be able to sponsor teams, sports events and different things like that,” Stevenson said. “The way we’ve been doing it here in Alderville is that we’re able to do that.”

While some First Nations may be excited about the eight cannabis store licences, there will also be bigger push for First Nations to become significant players in the cannabis industry, said Isadore Day, CEO of Bimaadzwin, a consulting firm concerned with advancing Indigenous nationhood, and the former Ontario Regional Chief.

“I think what Ontario needs to recognize is that the eight licences won’t be the only game in town,” said Isadore Day. “There is still going to be a First Nations-specific process and First Nations jurisdiction, and I think First Nations have the right to sit down at the table with Canada and Ontario to figure this thing out.”

In a phone call with Global News on Thursday, Ontario Attorney General Doug Downey said the provincial government allocated 10 per cent of the 75 cannabis store licences to First Nations because it knows there’s interest in them.

“There was a report by the federal senate…which recommended allocating a percentage for First Nations,” Downey said. “We went with the 10 per cent. We know that there is more demand. We’re constrained by the supply.”

“I think in that sense, if we go too far down the slippery slope, we’ve then compromised First Nation jurisdiction and sovereignty.”

According to Downey, the eight licenced cannabis retailers on First Nations territory will be required to get their supply from the Ontario Cannabis Store.

Stevenson, however, questions whether the government would be willing to work with First Nations regarding the supply.

“Right now, we’ve been working hard to develop nation to nation networks of Indigenous growers, product manufacturers and what not,” Stevenson said. “What this is doing is it’s strengthening our bonds with other First Nations, and it’s creating an economic drive that is having a very, very positive impact on communities.”

Another question, Stevenson added, is the issue of taxes.

While Downey was unable to answer questions regarding taxes, two spokespeople from the Ontario government provided responses over email.

“The applicability of HST to cannabis sales on-reserve is the same as it is for sales of other taxable supplies on-reserve,” wrote Alexandra Adamo, the Ontario Attorney General’s spokesperson. “A licenced store on reserve is required to collect HST on its taxable sales, unless the seller is not registered to collect HST because it is a ‘small supplier’ as defined under the Excise Tax Act.”

“For sales on-reserve, HST is not paid by purchasers who are eligible for the exemption from tax under the federal Indian Act,” Emily Hogeveen, the Ontario Ministry of Finance’s press secretary, said in an email. “The government continues to engage with First Nations interested in developing their own approaches to cannabis.”

For Day, there’s a constitutional issue with the lack of consultation there’s been with First Nations.

“We’re not consulted, so that’s one side of the constitutional right around the protection of rights — consultation and accommodation,” Day said. “There’s also the issue of the actual rights themselves being compromised by another jurisdiction.”

According to Downey, the Ontario government is setting up conference calls with First Nations that are interested in applying for a cannabis store licence, so that they can properly understand the application requirements.

“We’re setting up conference calls for them…so that they can understand the details of what they need to do before the application period opens up at the end of July,” he said.

When asked what will happen to the existing cannabis stores on First Nations reserves, Downey said: “That’s a different discussion from a different department in terms of how we’ll manage that, but we want to have stores who are in compliance with the Ontario rules at every opportunity.”

“I think in the era of reconciliation, clearly Ontario needs to get on board,” Day said.

“We have the ability to help resolve some of these issues that Ontario has with regards to supply, safety, compliances, and it’s going to take Ontario a little bit more effort than what it has exerted thus far to fix this problem.”