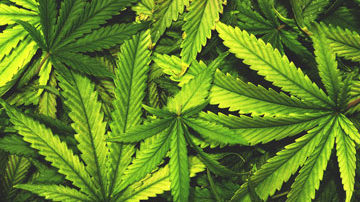 From OTTAWA CITIZEN link to article by BLAIR CRAWFORD, September 8, 2017

Day, who was briefed Friday morning by Attorney General Yasir Naqvi and Finance Minister Charles Sousa, said First Nations will work with the province in the coming months to hammer out details about how marijuana sales will be handled and regulated.

In a statement, Day said First Nations have traditionally been neglected when it comes to revenue sharing, but hoped the proposed Cannabis Control Act would allow them to “turn a new leaf” and benefit directly from the sale of marijuana.

“To say the least, this is an unprecedented opportunity for First Nations to be fully involved at the very beginning of an industry that has enormous potential, as well as considerable risks,” Day said.

While some communities will want to participate in the market, others might choose to ban the sale of marijuana, similar to “dry” communities that are alcohol free, he said.

“Any legislation needs to have the flexibility to support First Nations communities in pursuing development in ways that align with their own specific cultural and community values,” Day said.

As recently as April, Day had criticized the government for not talking about its marijuana plans with First Nations groups.

“The level of discussion that has occurred so far on the legalization of marijuana with First Nations in Ontario has been slim to none,” he said at the time.

Naqvi said Friday that he’s open to the talks.

“We’ve been working with them and there’s more respectful conversations to be had, in a government-to-government relationship that we have with Indigenous communities, if they want to be involved, on how they can be,” he said.

Grand Chief Abram Benedict of the Mohawk Council of Akwesasne near Cornwall said the council will have talks with the community about how to proceed on marijuana.

“We want to be able to determine what is the best economic model of cannabis,” Benedict said.

Akwesasne straddles the border of Ontario and Quebec, as well as New York state, where marijuana remains illegal.

Down Highway 401 at Tyendinaga, near Belleville, the Mohawks of the Bay of Quinte are also grappling with the marijuana issue, said Chief Donald Maracle. Unregulated pot shops have opened on the reserve but police haven’t tried to shut any of them down.

“Some of the people really want to take a sovereign approach that it’s exclusively the right of First Nations to grow and sell, and others want to apply for federal permits,” Maracle said. “It’s really too early to say. We haven’t had a discussion with our council.”

Public safety is the most important issue, he said.

“There’s a lot of money to be made off it, but the community’s acceptance is critical, too.”