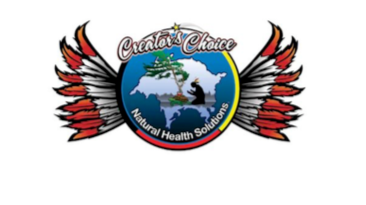 Creator’s Choice welcomes the result of the June 29th, 2019 Wahnapitae Cannabis referendum. The people of Wahnapitae made the decision (by a margin of 44 to 40) to allow the sales of cannabis and cannabis accessories on our territory. We are overjoyed that the people have affirmed their support for the grassroots Anishinaabe cannabis industry in Wahnapitae that we represent, and we will work to ensure that this support grows and becomes more informed about the important work Creator’s Choice is doing to provide medicinal cannabis products to those in need.

We know that many Wahnapitae members need more information about cannabis and proof about how an indigenous cannabis industry can benefit us all. We want to take this opportunity to reiterate our offer to all Wahnapitae FN members to come for a free tour of our facility and to enjoy a free coffee on us. We are very proud of our facility and our staff, and we welcome your questions, advice, and scrutiny of our operations.

Creator’s Choice is fully committed to working with the people of Wahnapitae and our Chief and Council to ensure that the opportunities of the cannabis industry are available to all of our people, and that any negative consequences of the industry are mitigated. We have always operated our business from the standpoint that as free Anishinaabe people living in our home lands it is our right and responsibility to support ourselves on this land – as long as we do not cause harm to others.

Creator’s Choice also wants to make it clear that we will not accept the arbitrary imposition of outside laws or regulations concerning cannabis by the Wahnapitae Band Council. The people voted to allow the sales of cannabis and its accessories on our territory, and we believe that any regulations which govern cannabis on the traditional territory of the people of Wahnapitae must be developed by the people, the Wahnapitae cannabis industry, and Chief and Council working together in accordance to Anishinaabe custom and convention – not according to the process or rules that have been imposed on us by the colonizers.

When voting or campaigning for or against a referendum question, it is a fundamental democratic right of electors to know what the question is on the ballot, who one’s fellow electors are, what the electoral rules are, and to be able to speak openly to the electorate in meetings and in print. All of these rights were denied to Creator’s Choice and other members of Wahnapitae First Nation because of the process by which this referendum was held.

Not only do the actions of Chief and Council violate the rules they are supposed to follow as an entity created by Canada’s Indian Act, but they also violate our own customs and conventions as Anishinaabe people. According to these customs and conventions, the role of leadership is to facilitate and express the views and opinions of the people. According to our customs and decision making systems, all Anishinaabe have a right to publicly express ourselves, and to collectively come to a resolution of our issues through a consensus based process that works in the best interest of our coming generations.

Within hours of the passage of the June 29th referendum question, Wahnapitae Chief and Council published Bylaw No. 2019-01: A bylaw to provide for the regulation of Cannabis retail sales within the Wahnapitae First Nation. We will address the myriad problems with this bylaw in a separate document, but for now we will merely note that:

For these reasons and more, Creator’s Choice raises its objections to the behaviour of Chief and Council, and we announce our commitment to fight for Anishinaabe self regulation of cannabis on our territory which:

We look forward to discussing these matters further with all concerned.

For more information, contact Derek Roque at 705-669-7094 or visit www.creatorschoice.org.