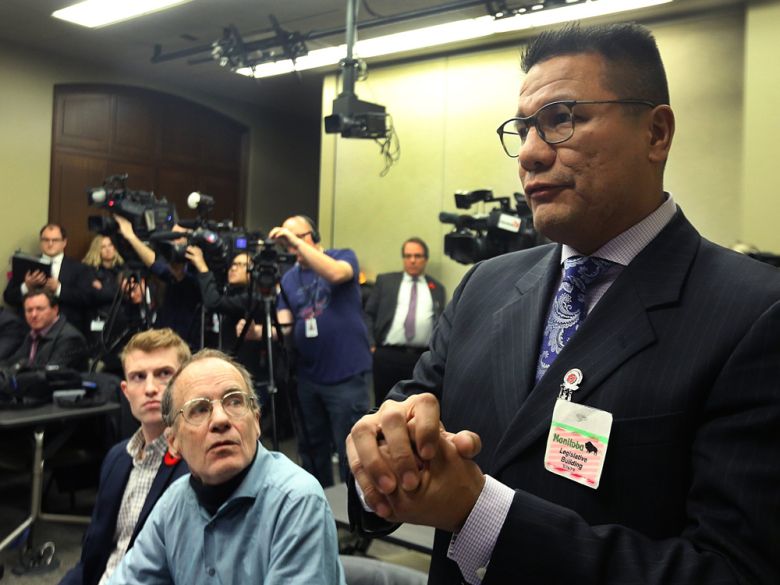 ‘We’ve got to capitalize on this, because it’s a once in a lifetime opportunity,’ says Manitoba chief

From financialpost.com link to article by Mark Rendell February 16, 2018

A group of First Nations looks set to win big in the Manitoba cannabis market, thanks to partnerships with several cannabis companies chosen to run the province’s private marijuana retail system.

On Friday, Manitoba announced that it had “conditionally accepted” proposals from four groups — chosen from a pool of more than 100 applicants — to run dispensaries in the province.

The other two winners were less known nationally, but both had considerable First Nations support, which was part of the criteria used by the government to assess proposals.

One is a partnership between the Fisher River Cree Nation, the Chippewas of the Thames in Ontario and cannabis companies Avana Canada Inc., MediPharm Labs and Native Roots Dispensary.The other is the cannabis clinic chain National Access Cannabis Corp. (NAC).

NAC, which is backed by cannabis investor Chuck Rifici, co-founder of Tweed and CEO of Cannabis Wheaton Income Corp., spent the past five months signing up Manitoba First Nations to its retail vision.

When Ottawa announced they were going to legalize cannabis, they did state that indigenous people would be part of this strategy. For the Opaskwayak Cree Nation, we saw it as an opportunityOCN chief Christian Sinclair

The Opaskwayak Cree Nation, based in The Pas, even became NAC’s largest shareholder in August, acquiring a 10 per cent stake in the company shortly before it went public.

“When (the federal government) announced nationally that they were going to legalize cannabis, very specifically they did state that indigenous people would be part of this strategy. For the Opaskwayak Cree Nation, we saw it as an opportunity,” said OCN chief Christian Sinclair, who now sits on NAC’s board of directors.

Sinclair learned about NAC at a meeting in Winnipeg last year hosted by the company’s president Derek Ogden, a former RCMP officer who used to lead the National Drug Enforcement program.

“I thought, alright we got the most senior anti-drug enforcement officer, we’ve got Chuck Rifici, this is definitely a company we want to meet,” said Sinclair. “With my corporate background I started to recognize very quickly that there was a bigger opportunity for First Nations in general.”

With Sinclair on board, NAC signed partnerships with the four other First Nations, agreeing to build dispensaries on their reserve land. The company, which has cannabis supply deals with Tilray, CannaRoyalty Corp. and Cannabis Wheaton, won’t only build on reserve land in Manitoba, but there’s a particular focus on urban reserves in cities such as Winnipeg, Brandon and Thompson.

Reserve lands aren’t subject to municipal zoning rules that may disadvantage dispensaries in urban settings, Rifici said. There’s also the possibility that First Nations groups may be allowed to open retail stores even in such provinces as Ontario and Quebec, where sales are otherwise controlled by provincial government monopolies, he added.

“We’ve been talking to as many nations as possible across Canada — Chief Sinclair primarily — to essentially try to get agreements with other urban reserves,” said Rifici.