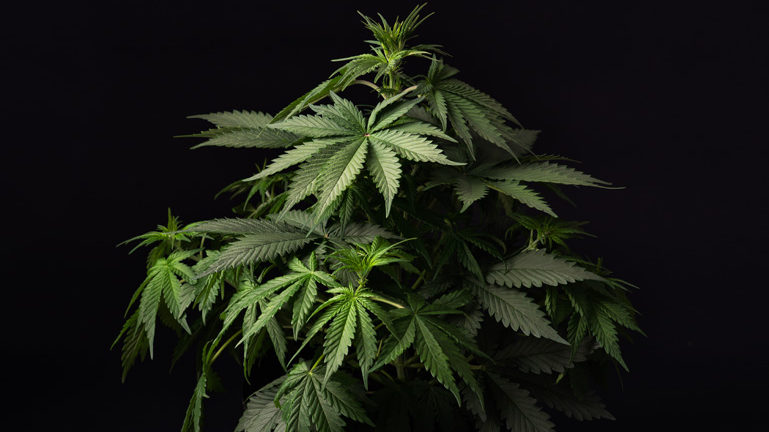 The unbearable whiteness of weed: Canada’s booming cannabis industry has a race problem

From theglobeandmail.com link to article by CHUKA EJECKAM, August 2 2019

The Canadian cannabis industry is booming. From giant industrial operations such as Canopy Growth to smaller “luxury” cannabis retailers, to an array of cannabis “lifestyle” brands and “cannabis brand consultancy” firms, the industry is a lucrative frontier for those seeking wealth in a rapidly growing market.

And oh, is there wealth to be had. Canadians spent $1.6-billion on legal weed in 2018 – double the total spent on medical cannabis the year before – despite the fact that non-medical cannabis was legally available only after Oct. 17. Statistics Canada’s National Cannabis Survey from the first quarter of 2019 found that use of non-medical cannabis has increased among men and people aged 45 to 64. The survey reported that 646,000 people tried cannabis for the first time in the prior three months, half of whom were aged 45 or older.

The non-medical cannabis market in Canada, too, is increasingly treated like any other for-profit industry. The Globe and Mail’s reporting on CannTrust Holdings’ unlicensed production scandal reads like any other kind of corporate controversy, with the language of alleged executive misbehaviour, market shares, and intra-industry maneuvering. Cannabis is quickly becoming mainstream, and – as is the norm for our capitalist society – firmly corporate.

This is a failure. As non-medical cannabis shifts from a criminal offence to a legal commercial product, revenue from legal weed should be used to fund meaningful reparations for communities targeted for decades by racist drug laws and enforcement. However, even a surface-level analysis of the rapidly growing cannabis industry in Canada reveals a troubling trend: The profits and wealth being generated are overwhelmingly landing in the pockets of white Canadians.

Racial inequities have quickly become fundamental in our legal cannabis industry. Although these inequities have been discussed frequently in the United States, that conversation has been slower to develop in Canada. Analysis conducted by the Montreal Gazette in 2018 revealed that, of the top five producers and distributors of cannabis in Canada – which have a combined market value of roughly $16-billion – people of colour comprised only 3 per cent of their management staff. This mimics disparities in the United States; in 2017, 81 per cent of U.S. cannabis companies were owned by white people, and overwhelmingly white men. Women have been making advances in the industry, especially with products that contain cannabidiol (CBD), but this has been primarily true of white women.

“Equity permit” programs are being pursued in some jurisdictions; cities in California, in particular, have pursued measures that grant first access to the legal cannabis market to individuals who are low-income, have past cannabis arrests or convictions or live in “disproportionately impacted areas.” But thus far, that strategy has failed to address the domination of the legal market by people who are generally most privileged and least affected by cannabis’s previous illegality. Equity permits notwithstanding, the legal non-medical cannabis market continues to be exploited by firms more focused on making money than earnestly seeking equity.

Racial disparities matter on the ground level of a burgeoning industry, especially given how cannabis prohibition reproduced and reinforced them. Indeed, drug-prohibition laws target black and Indigenous people in Canada, and these groups make up an outsize share of the more than 500,000 Canadians bearing cannabis-related criminal records. They also account for a disproportionate number of street stops and arrests, including when those interactions don’t ultimately lead to criminal charges, prosecution or conviction. Black and Indigenous people in Canada are specifically targeted by police attention and applications of force at every level of interactions, from carding to incarceration. According to research by criminologist and University of Toronto professor Akwasi Owusu-Bempah, cannabis has in fact been a “gateway drug” – not in the sense that smoking pot leads to use of other drugs, but that cannabis prohibition has disproportionately been a gateway to criminal status for black and Indigenous people, even though cannabis use (and use of other drugs) is effectively equal among different racial groups. In fact, some research has found that whites are more likely to use and sell drugs but remain less likely to be arrested, charged or incarcerated for those offences.

In her book Policing Black Lives: State Violence in Canada from Slavery to the Present, activist, author and educator Robyn Maynard demonstrates the deep-rooted systemic racism that animates the hyper-policing of black Canadians. Ms. Maynard draws a line through Canadian history, connecting the violent control and regulation of black and Indigenous people through enslavement and colonization to the disproportionate police attention, violence and criminal penalties applied to black and Indigenous communities in Canada today. She also contrasts that case against the lenient treatment of wealthy, white Canadians at the hands of law enforcement. Although Canada likes to imagine itself as a kinder, more humane country than its neighbour to the south, the same racial inequities rampant in U.S. drug-law enforcement are alive and well here – and so, too, is the same reproduction of racial inequities that are so evident in the United States’ legal cannabis industries. These are a product of the systemic problems upon which the industry was founded.

Writing on the emerging industry in advance of legalization, long-time cannabis activist John Akpata noted the dimensions of racial inequity and capitalist monopolization already visible in the non-medical cannabis market. Mr. Akpata argued that it would cost potential “licensed producers” between $5-million and $10-million to meet the standards set by the Trudeau government’s regulations, prohibiting anyone other than large corporate entities – or those who could access high-dollar corporate financial backing – from seeking legal licensing. Given Canada’s entrenched racial inequities in wealth and income, this, too, has only given an enormous advantage to white Canadians. In Ontario, for example, studies have shown that racialized Ontarians experience higher rates of poverty and unemployment than white Ontarians and are paid less when they are employed. Toronto vividly illustrates these inequities, with racialized residents concentrated in low-income neighbourhoods while affluent neighbourhoods are disproportionately white. Recent analysis found that black Canadians make up 13 per cent of residents in low-income neighbourhoods, despite accounting for 9 per cent of Toronto’s population. Conversely, white Canadians make up an overwhelming 73 per cent of residents in affluent neighbourhoods – much higher than their share of the city’s population. These inequities are reproduced in police attention and criminal penalties; analysis of cannabis possession arrests for people without prior criminal records in Toronto between 2003 and 2013 found that black people were arrested at a rate nearly triple their share of the city’s population.

Human-rights lawyer Anthony Morgan has noted how this targeting – and popular associations between black people and drugs, including (and perhaps especially) cannabis – increases the risk of stigmatization that black people face in even speaking to the issue, let alone whether they actively participate in the legal cannabis market. While black and Indigenous people in Canada may incur social or professional consequences, white politicians flock to the boards of cannabis companies without fear for their reputation – including a former police chief of Canada’s largest city. There is perhaps no higher-profile example of this racial and class-based inequity than Justin Trudeau himself, a white man born into a wealthy and well-connected family. He has both admitted to illegally smoking cannabis while a sitting Member of Parliament and spoken about how his father’s connections helped his brother Michel avoid charges for drug offences.

These inequities fly in the face of the fact that it was communities of colour that introduced cannabis to popular culture in the United States and Canada. At least since the Jazz Age, a collection of prominent black and brown artists have incorporated the drug into their artistic and cultural expressions. Law enforcement would later exploit this fact to weaponize drug laws against communities of colour – again, even though drug use across racial groups is essentially equal – giving quasi-cover to their decades of biased policing and racial repression. But now, with the legalization of cannabis in Canada, society primarily celebrates white Canadians and wealthy “entrepreneurs” for their involvement with the drug, while communities of colour remain disproportionately policed, arrested, prosecuted, incarcerated and burdened with criminal records.

The federal government had previously promised to waive the waiting period and ease the pardon application process for Canadians with cannabis-possession conviction records, and on Thursday, the Justice Minister announced that these Canadians can now apply for pardons online, free of charge. That still feels wanting. Critics of the legalization regime and process, including Cannabis Amnesty – an advocacy group led by lawyer, author and educator Annamaria Enenajor – have argued that pro-active expungement of cannabis-related criminal records is necessary, as pardons don’t erase records. Publicly funded reparations programs for loans, education and employment also need to be part of the next steps, as they could begin to repair the restricted life-course outcomes that result from a criminal record. Equity permits alone would not restore someone’s options, as they would still restrict them to working in the cannabis industry.

The government must also address the racial inequities in wealth and profit being accumulated in the legal non-medical cannabis market. Legal cannabis has rapidly become just another enterprise of international capitalism, with wealthy investors and profiteers exploiting what should be an equity-seeking policy to obfuscate inequities, amass profit and further entrench racial and class disparities.

As Philadelphia Inquirer columnist Solomon Jones wrote, “Blacks create an industry that has value, whether through legal or illegal means, and white folks change the rules, change the language, and change the perception in order to bring about a change in ownership.” Mr. Jones cites estimations that just 1 per cent of those who possess legal licences in the United States to sell cannabis are black. “That’s no accident,” he argues. “The industry is structured that way.”