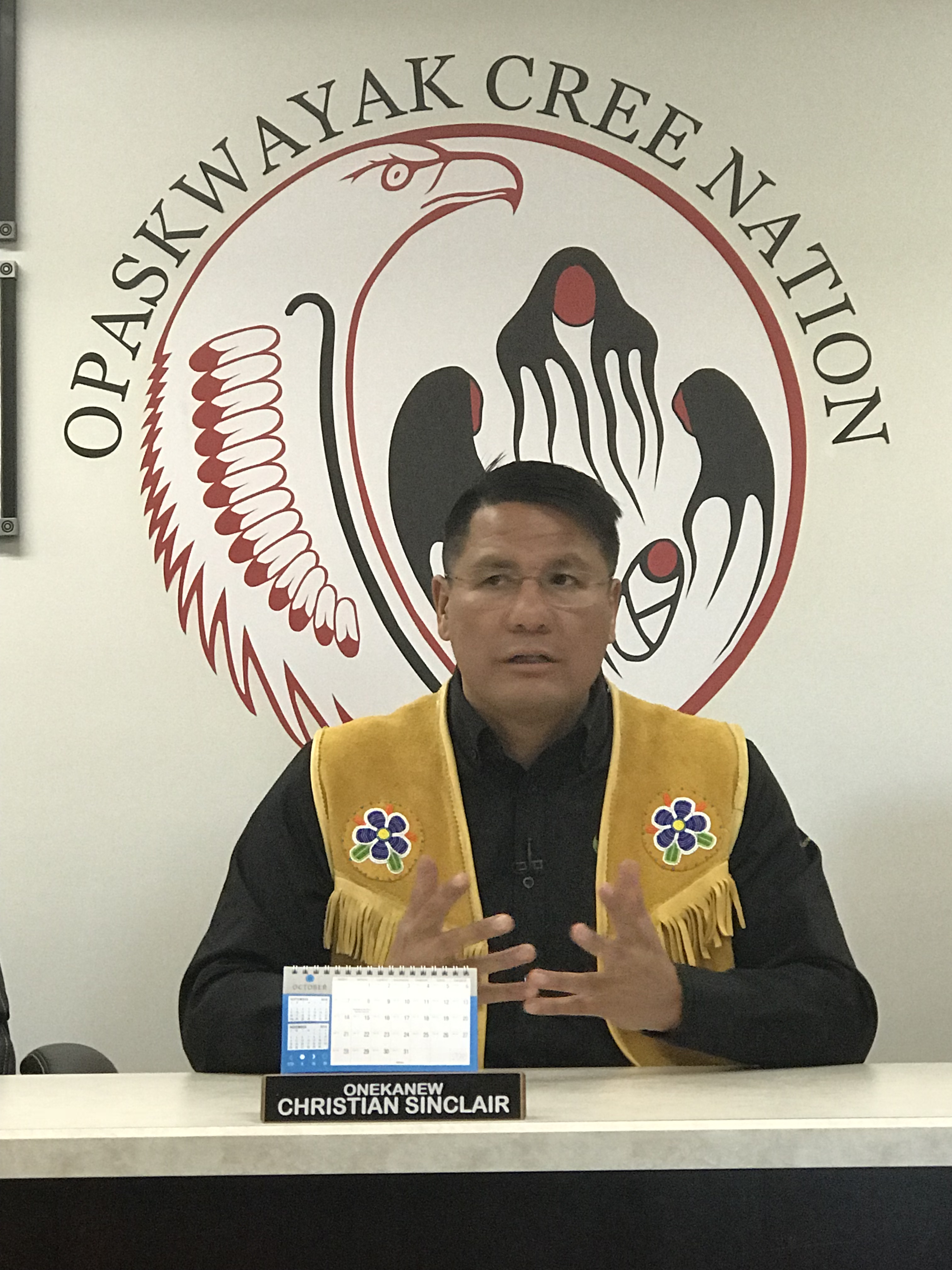 First Nation has close to $50M invested in cannabis industry

It was only a few years ago that Opaskwayak Cree Nation was near bankruptcy and third-party management.

OCN Chief Christian Sinclair has been called the “kingpin of the pot industry” but he jokes he prefers the title of “titan of cannabis.”

The First Nation was looking for economic opportunities and discovered the retail side of the cannabis industry was going to be the most lucrative.

“It’s been in our community for many generations. The reality is, it’s the black market that has been prospering off of it with no benefit to the community or the governments,” says Sinclair on Tuesday’s Face to Face. “The fact it was going legal turned the tables where it would allow for employment, business opportunities and a social benefit to the community by way of in our case we now have 16 employees in Opaskwayak Cree Nation.”

The original investment of $3 million was endorsed by chief and council and the council of elders. The return on that initial investment did not take long. Now, OCN has nearly $50 million at play.

“The beauty of this industry is we’ve been able to recover a lot of that original investment back already. And the irony of this is using a commodity that’s been illegal since 1920,” says Sinclair.

“We’re actually hiring over 750 employees across western Canada right now and with the roll out in Ontario when that opens up we’re hoping that we’ll secure a large number retail outlets there that will allow us to hire an additional 1250 employees,” says Sinclair.

Sinclair says the money being generated will be used to invest back into the community based on what the community wants through a comprehensive plan.

“If they want expansion of educational dollars, scholarships, enhancements of educational funds, infrastructure for housing, sewer and water, buildings, health centres, the reconciliation and investment in our language through our language programs from K to 12. And any other needs that the community wishes and wants,” he says.

National Access Cannabis says it achieved more than $10 million in just over 80 days of retail operation.

Sinclair says the demand is huge.

“The challenge that we’ve run into is the supply across Canada from the licensed producers can’t keep up so we’re actually having to turn away employees until we get the next shipment of inventory every few days but we expect that to be resolved within the next five months,” he says.