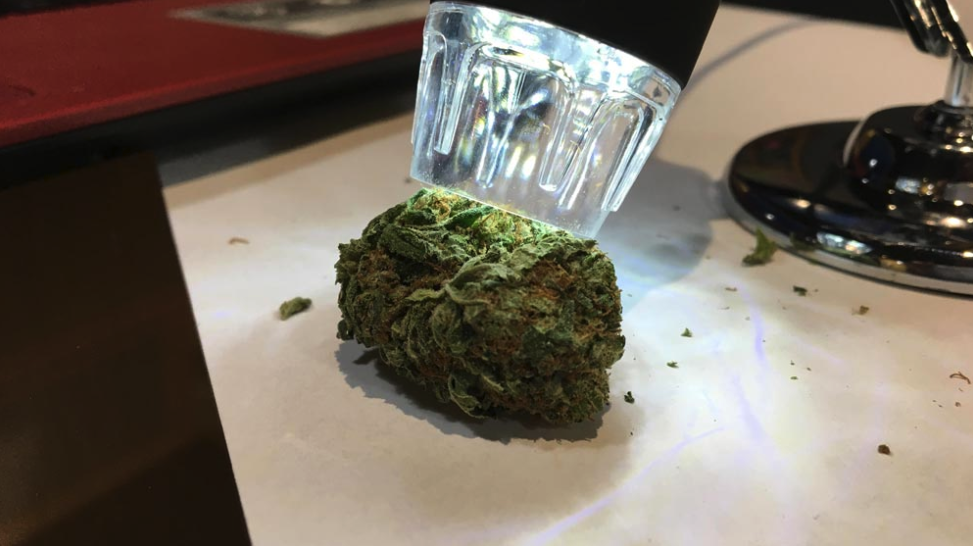 Maliseet in New Brunswick and the RCMP are at odds over whether the community of Tobique has the lawful ability to sell medicinal marijuana. The issue came to a head on Oct. 5 when officers raided the offices of Tribal ReLeaf, a medicinal cannabis dispensary on Tobique First Nation.

Maliseet in New Brunswick and the RCMP are at odds over whether the community of Tobique has the lawful ability to sell medicinal marijuana. The issue came to a head on Oct. 5 when officers raided the offices of Tribal ReLeaf, a medicinal cannabis dispensary on Tobique First Nation.

“This is a constitutional infringement on a First Nation, plain and simple,” said Gerald Bear, director of Tribal ReLeaf.

The RCMP took an undisclosed amount of marijuana as well as two computers.

Several Releaf employees were served notices to appear in court, which were later rescinded after Tobique Chief Ross Perley arrived on scene and spoke on the phone to RCMP higher-ups.

“What I know is that 40-50 people gathered in the area while police were on scene, the investigation at this time is still ongoing, and there’s been no charges laid,” said Corporal Jullie Rogers-Marsh of the New Brunswick RCMP.

Gerald Bear, 61, has operated tribal ReLeaf since it opened in July.

The Tobique First Nation owns 51 per cent of the company and in 2012 was licensed to operate by chief and council.

Bear said every effort has been made to let Canada and New Brunswick know that Tobique, about 170 km northwest of Fredericton, is getting into the medical Marijuana business.

“We met with the province, we met with the RCMP, and told them our intentions,” Bear told APTN News. “Our indigenous government here basically has an inherent right to self-govern under the constitution.” The RCMP said that a previously sent cease and desist order was ignored and that this is the first they’ve heard of any resolution being passed by the band regarding marijuana.

Furthermore, the RCMP said that the marijuana being sold at Tribal ReLeaf is unregulated and are trying to determine where it comes from.

“People who purchase it need to be aware that it’s unknown, that what they’re buying could come from anywhere,” Rogers-Marsh said.

Bear refused to reveal who the cannabis suppliers are.

He said that they are growers who have permits from Health Canada.

He thinks there’s an unfair double standard in Canada for First Nations when it comes to legislating and selling medical marijuana.

The RCMP said they have sent a cease and desist letter to another dispensary under their jurisdiction.

Meanwhile, the mounties met with the Tobique band council to talk about the October 5 raid.

Neither party wanted to discuss the outcome of the meeting.

The cannabis dispensary is still open and they have no intention of turning over a new leaf.

Bear said the onus should be on Canada and New Brunswick to adapt to their laws.