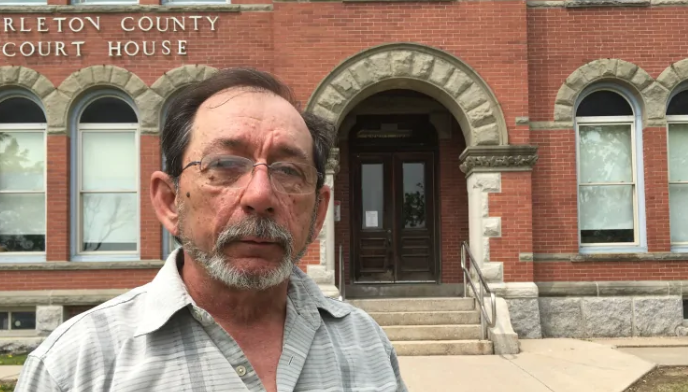 A judge is reserving his decision after two former on-reserve dispensary employees pleaded guilty to a trafficking charge.

Gerald Bear and Tina Sappier-Bear initially faced five trafficking charges after an RCMP raid of Tribal ReLeaf, a cannabis dispensary on Tobique First Nation. They pleaded not guilty in August 2018.

The raid and charges sparked debate about First Nation sovereignty and what band-approved stores can and can’t sell.

Earlier this year, the Crown dropped those charges. The married couple  chose to plead guilty to one amended charge of possession of cannabis not exceeding three kilograms.

At a sentencing hearing Friday, the Crown recommended a conditional discharge with no record for Tina Sappier-Bear and 12 months of house arrest for Gerald Bear.

Defence attorney T.J. Burke, on the other hand, recommended a conditional discharge and no record for both.

Burke says Gerald Bear’s intentions were good because he wanted to sell cannabis as a medicine. He also said Bear has a personal stake in the issue because cannabis helped his daughter manage her pain before she died of cancer.

But the Crown wants 12 months’ house arrest for Bear because he was the person in charge of the dispensary — which made a $37,000 profit in its first two weeks.

Burke says Bear was just an employee of the band-owned dispensary, and only saw a fraction of the profits.

“I hope the judge considers everything and [realizes] that it wasn’t just, ‘Hey, it’s Gerald Bear’s operation,'” Bear said outside the Woodstock courthouse Friday.

Burke also said the band council had approved a bylaw that allows the sale of cannabis on reserve. Burke entered the band legislation, titled the Compassionate Use Act, into evidence Friday.  He noted the legislation was not approved by the federal government.

Speaking to the judge, Burke held up a copy of a certificate that hung on the wall of the dispensary when Bear worked there, which he says illustrates Tobique First Nation band and council’s desire to operate and regulate cannabis dispensaries interdependently.

On Friday, the Crown read an agreed statement of facts that outlines what took place leading up to the raid in October 2017.

Through a window-sized opening of the wall behind a receptionist, he saw a large counter and several vials and jars filled with cannabis flowers.

That’s where he met then-manager Tina Sappier-Bear and then-director of operations Gerald Bear. Fortin told them they had 14 days to cease operations. But the dispensary’s doors stayed open.

The officers were eventually able to leave, peacefully and with the cannabis. RCMP had found 5,000 grams of bud, 342 edibles, such as cookies and lollipops, and 180 grams of shatter, a concentrated form of cannabis extract.

Tribal ReLeaf is now called Tribal. It has been operating consistently since the raid. And since the Tobique dispensary opened, several others have popped up on reserves including, Oromocto and St. Mary’s First Nation.