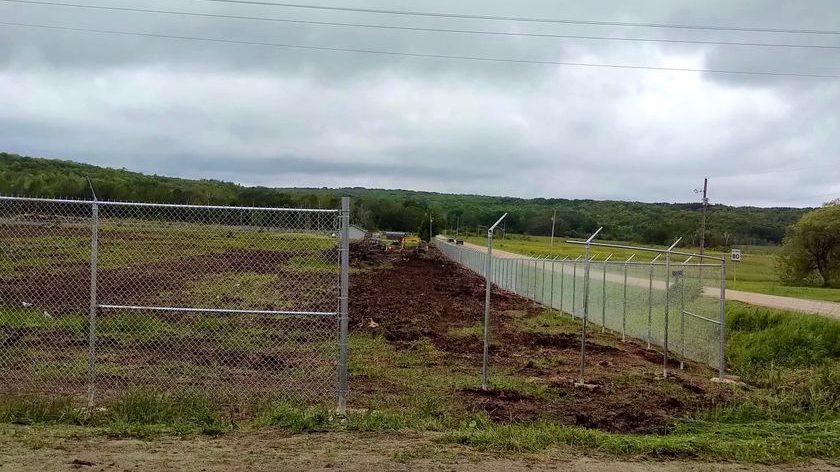 Community concerns about a proposed outdoor marijuana farm at Neyaashiinigmiing have pressured the band council to act to halt the project.

On Friday the Chippewas of Nawash Unceded First Nation council passed a bylaw which establishes a “special development zone” which excludes marijuana production and sales from the entire reserve or designated parts of it.

It will be in effect for 18 months, with the possibility of extending it for another 18 months before it will be repealed. If work on the plantation isn’t halted, the band may apply to the courts for an injunction, the bylaw says.

Also a committee will be struck to examine “the effects of cannabis production and sale on reserve, and to make recommendations to council” to replace the interim “Nawash Cannabis Industry By-law”.

The bylaw covers production, sale, processing, packaging, extraction and distribution of cannabis. And it restricts any work including land use and associated activities such as building needed for restricted marijuana activity. Violations may bring a $1,000 fine or imprisonment for not more than 30 days.

The bylaw notes the community has an established consultation process which includes the requirement to undertake Class environmental assessments.

“I honestly feel there should be a referendum with an overall community vote if we even want cannabis in our community,” said Ann Marie Proulx, a former council member and vocal proponent of more consultation, in a phone interview Saturday.

She said she’s one of six core members of “Concerned Nawash Members,” which has raised concerns about the commercial pot cultivation project’s lack of consultation with the community.

She said many other First Nations that have banned selling cannabis in the community, while letting individual grow their own. She lives outside London, Ont., near where she said pot shops have sprung up on the Oneida on the Thames reserve.

She said car traffic has increased significantly and she predicts it would triple at Neyaashiinigmiing if pot shops were to open there. People have told her already that they’d like to come back to the reserve to open one.

But such uses aren’t in keeping with the natural beauty of the reserve, she said.

She said “my elders are speaking and they’re stressed out and you hear stress in their voice that they’re worried about cannabis – and a few of them have spoken (about) how cannabis has taken their grandson or their granddaughter,” when laced with fentanyl. Those predisposed to schizophrenia shouldn’t use it at all, she said.

She was among more than 70 community members, many who were elders and some who were veterans, who attended the band council meeting Friday. The day before, she attended a protest at the roadside by the site of the proposed grow-op.

Many at the roadside rally offered tobacco and prayers to the land, water and to the animals where the plantation work has been done, she said.

She said the group was told at the band council meeting that a letter would be sent to Wiisag Corporation to stop site preparation for planting what the community understands will be 19,500 marijuana plants.

Wiisag has apparently leased reserve land and begun putting security fencing and surveillance cameras up on property bounded by Port Elgin and Boundary roads on the reserve north of Wiarton.

Neyaashiinigmiing Chief Greg Nadjiwon said in an interview last week, before the interim-control bylaw was passed, that he wanted to hear the community’s concerns. He acknowledged the question of whether the band council could prevent the project from proceeding was “an elephant in the room.”

By the time those upset with Wiisag arrived at the council meeting Friday, the interim bylaw was already passed, Proulx said. “To me I felt that was unfair because they didn’t hear our concerns, our input.”

Wiisag co-founder Jake Linklater, of Neyaashiinigmiing, also attended the meeting but did not address the consultation requirement and stop-work order, Proulx said. He told the meeting he needs to speak to his team and that he’d get back to them.

Proulx said there are members of Linklater’s family on band council and that the community is divided over this issue. Band elections are underway now and some of the people concerned about the pot plantation are seeking office, though not her, she said.

Jake Linklater, also Wiisag Corporation’s executive chairman, did not respond to an emailed set of questions Saturday afternoon. His name is on a list of people running for the position of chief and of councillor for the reserve.