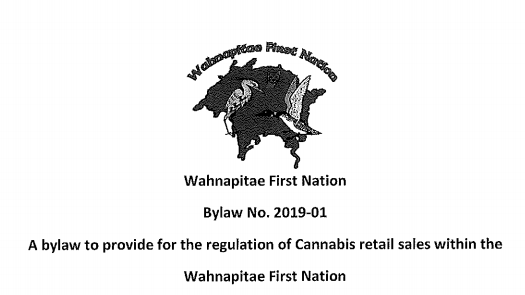 The bylaws were created with no consultation with the people of Wahnapitae, the workers and owners of the community’s cannabis dispensaries, and were not discussed at any recent meetings of Chief and Council. The bylaws were passed the day before the referendum at a secret Council meeting and run counter to the vote in the referendum which supported the sale of cannabis and its accessories on the Territory.

The new Bylaws prohibit cannabis sales on the territory, and insist that all cannabis must come through Canada’s LP system, which defacto excludes the vast majority of Indigenous grown and sold cannabis.

A preliminary analysis of these bylaws was undertaken by Creator’s Choice and is available below and at the following link.