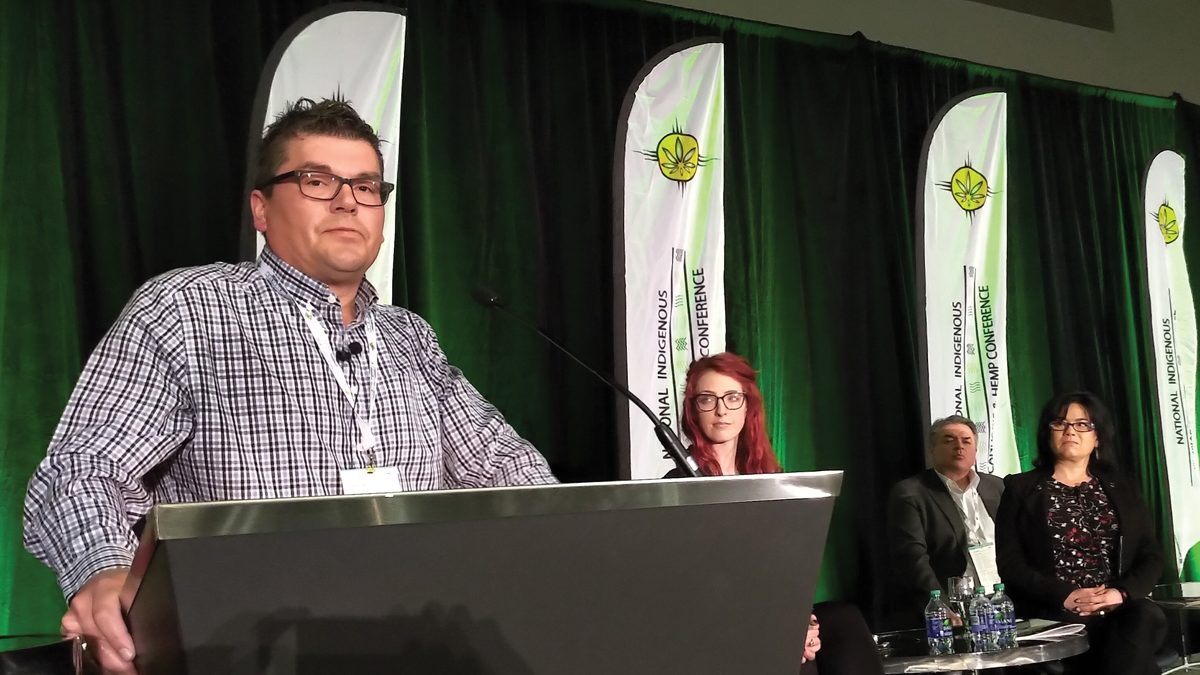 A Neyaashiinigmiing-based company, which announced in May its plans to grow marijuana outdoors on the reserve, held community information sessions there earlier this month.

But there is concern expressed on a community Facebook page by some members who think there was no consultation on the project.

An online petition that calls for a community vote on the project has been presented to chief and council.

A man identifying himself as Solomon King started the petition, which had 132 signatures, Thursday. It will be raised at the June 28 band council meeting, according to his Facebook post on “Cape Croker community chat room”. Efforts to reach King were unsuccessful.

Chief Greg Nadjiwon, of the Chippewas of Nawash Unceded First Nation at Neyaashiinigmiing, said in an interview he understands the community feels it hasn’t been consulted and he wants to hear what they have to say.

Based on what King has said and done, “the community definitely feels that they have been on the outside looking in,” Nadjiwon said.

King and numerous others raised concerns about the project on the Facebook site. He questioned why the company didn’t consult the community before preparing the grow site.

King suggested an environmental assessment should be done before disturbing the site and questioned whether this is something good for the community. He noted the community’s campground is a destination for its natural beauty.

His post to Facebook said he started his change.org petition particularly for community members who currently do not live in the community.

Nadjiwon said band council has not given the project its approval but there will be follow-up meetings with Wissag.

He said the band has no policies in place to regulate this sort of project, which only recently became legal and regulated by the federal government. Asked if the band has authority to deny the project, Nadjiwon said “That’s an elephant in the room.”

He said he doesn’t think a decision about the project will be made June 28.

“I don’t think so because we have not yet entered the realm of regulating or licensing cannabis cultivation, retailing or processing.”

“Until we have adequate consultation with the community I’ll have no comment until after we hear from all people that are weighing (in),” the chief said.

Wiisag has been working with Health Canada to meet its requirements, which is “responsible, I guess, for licensing cultivation projects, processing projects and retailing,” Nadjiwon said,

Wiisag Corporation’s May 8 announcement on its Facebook page said it received a “confirmation of readiness” letter from Health Canada, which is a preliminary regulatory approval to grow cannabis at Cape Croker or Neyaashiinigmiing.

Receipt of such a letter means the proposal would meet the regulatory requirements, Health Canada confirmed.

Wissag must follow up with an “evidence package” of information demonstrating it meets the regulatory requirements and satisfies “key personnel needs” to be granted security clearance before getting a licence to grow marijuana, a Health Canada spokesman said.

As of Thursday, Health Canada had not issued a licence.

Wiisag founder and executive chairman, Jake Linklater, said by email Thursday that a news release would be sent “likely next week,” then he would be available to discuss the project.

Linklater was quoted in an online CBC story May 8 saying the company expects to have its licence by June and work was already underway to begin planting 19,500 plants over six hectares (almost 15 acres) at Neyaashiinigmiing.

The petition says large-scale economic development on Neyaashiinigmiing/Cape Croker has to go through a diligent process of community consultation/vote and environmental assessment.

The petition says Wiisag has begun preparing a 23-acre site on which to grow cannabis without community consultation or environmental assessment. It says a “main concern” is the proposed site is about 40 feet from a creek.

“We have listened carefully to Chiefs, Councillors, Elders, and Youth to hear community concerns and hopes for cannabis and we have incorporated a lot of these teachings into our plans. We have also listened carefully to capital providers and other industry stakeholders. The harmonization of different perspectives into an actionable plan is one of the many things that make Wiisag unique.”

Linklater said in the CBC story that Wiisag was talking with five other First Nations as potential sites to expand the company’s outdoor cannabis grow operations in 2020.

A Wiisag project co-ordinator at Cape Croker, William Kim, said in a brief interview that the company plans to grow marijuana at Neyaashiinigmiing without pesticides or herbicides.

“We’re trying to grow the most organic and natural process possible – to the point that where we’re not even putting insecticides or pesticides on any of the products . . . We’re just using predatory bugs,” such as praying mantises and lady bugs, he said.