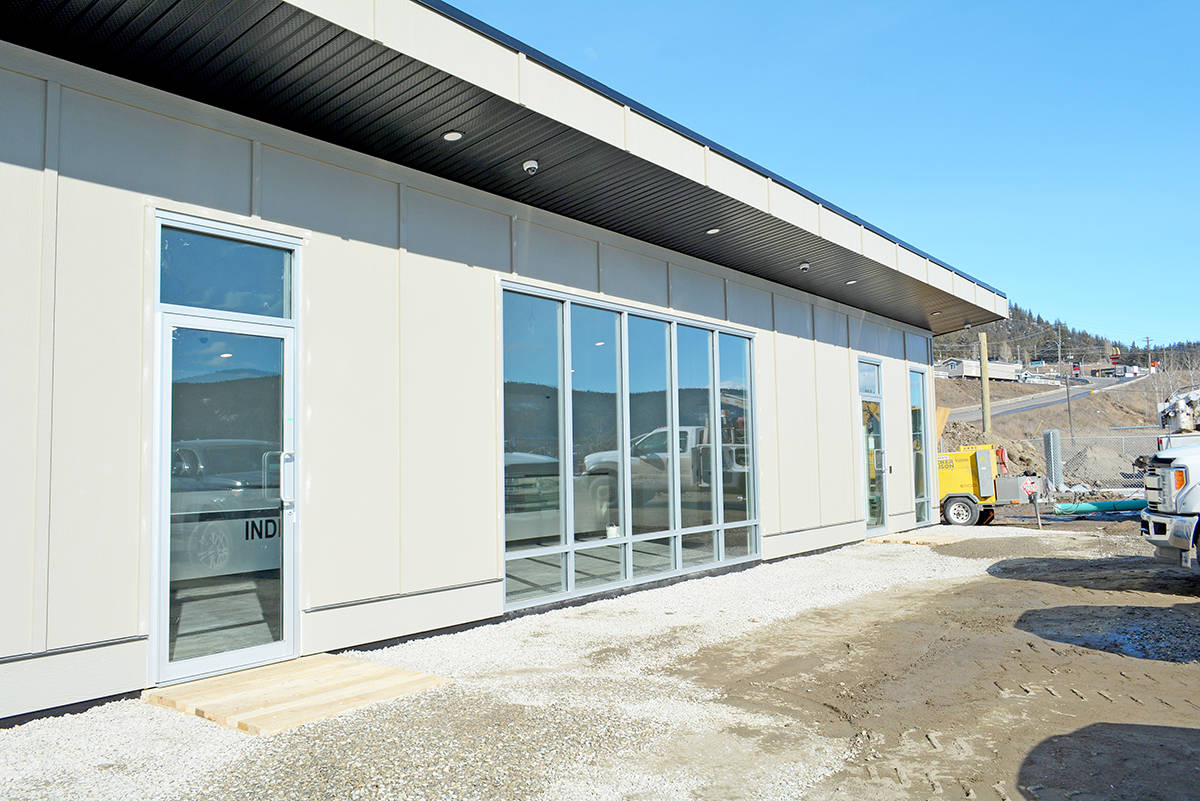 WLIB Chief Willie Sellars said 11 people have been hired to work full-time and part-time and are presently being trained as “bud-tenders.”

“All of them but one person are WLIB local First Nations people,” Sellars said.

“Indigenous Bloom has a facility in Chilliwack and they have one in the Okanagan. This is a vertically-integrated reserve economy which adheres to Health Canada’s standards in terms of testing and product control,” Dressler added.

Sellars said Indigenous Bloom plans to establish stores right across Canada and Williams Lake Indian Band is planning to build and open another store within 12 months on reserve land along Highway 97.

“The idea that we are part of a franchise that is continuing to grow and put a stamp in the industry is very exciting to us,” Sellars said.

Darren McEachen, owner of Titan Built Construction from Lac La Hache, said it was “awesome” working with the WLIB.

“It is pretty awesome to be involved with the first cannabis dispensary coming into town,” McEachen said. “This job kept my guys busy through the winter.”

Off and on, McEachen had 12 employees on site, along with subcontract workers from United Floors, DSB Plumbing and Econo Glass.

Sellars said the store will be open from 9 a.m. to 9 p.m. seven days a week and WLIB is also exploring getting into the growing side of the cannabis industry.

As for other cannabis retail stores slated for Williams Lake, city hall has received a building permit application for an approved provincial retail cannabis store in the lower level of Boitanio Mall.

Coun. Scott Nelson said he believes there are less than 20 cannabis businesses that have received licences to sell cannabis across the province.

“There are in excess of 2,500 applications in line and they are all desperately trying to encourage the province to get licences approved so they can get their doors open,” Nelson said. “The province is under tremendous pressure to get these licences moved forward and approved.”