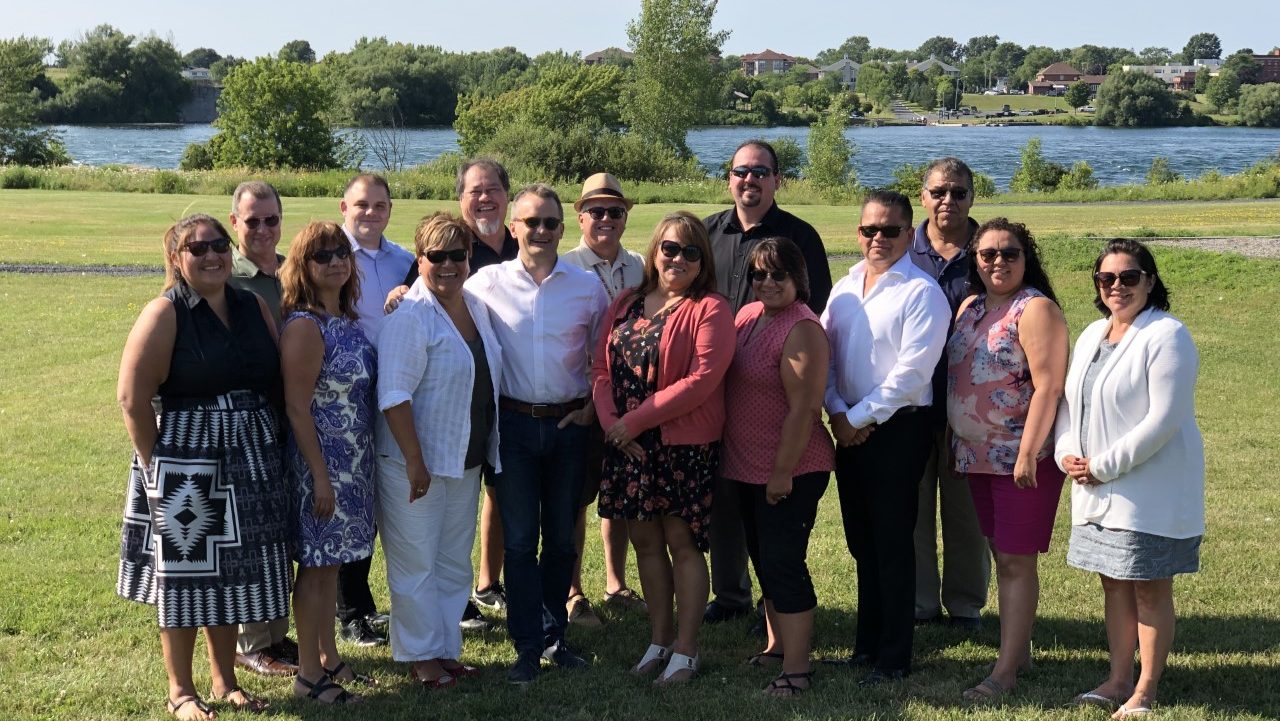 From cornwallseawaynews.com link to article by Shawna O’Neill, Aug 2 2019

This was the first time O’Regan visited the community since assuming his new role, previously working as the Minister of Veterans Affairs.

According to Grand Chief Benedict, he and O’Regan toured the MCA Justice Department where they learned more about the court and how it operates. They also visited the Akwesasne Boy & Girls Club, spending a few moments with the children and discussing opportunities through their summer and after school programs. Before entering an MCA council meeting, where a number of topics were discusses, O’Regan was given a brief tour of Cornwall Island.

“We discussed a variety of files, from the cannabis framework we are working on here, the need for federal support, as well as infrastructure challenges, as far as facilities and housing shortages (go),” said Grand Chief Benedict. “As well a multi-jurisdictional problems being in two provinces, one state and two countries.”

“Talk about complicated,” O’Regan said in a tweet on Twitter. “Akwesasne First Nation sits in Ontario and Quebec and the U.S. It means some parents go through Customs just to get their kids to school. So this leadership knows how to solve problems. And we’re working to make life easier for them.”

Grand Chief Benedict discovered that he shares similarities with O’Regan, as he is originally from Newfoundland and has a better understanding of challenges associated with residing on an island. The two were able to relate more on the topic and talk about it at length. O’Regan was extended an invitation to return as his trip was cut short due to timing.

“We had a productive meeting…we look forward to continuing to work with the department of Indigenous Services,” said Grand Chief Benedict.

Published in Akwesasne, Mohawk Council of Akwesasne, News and Reprint