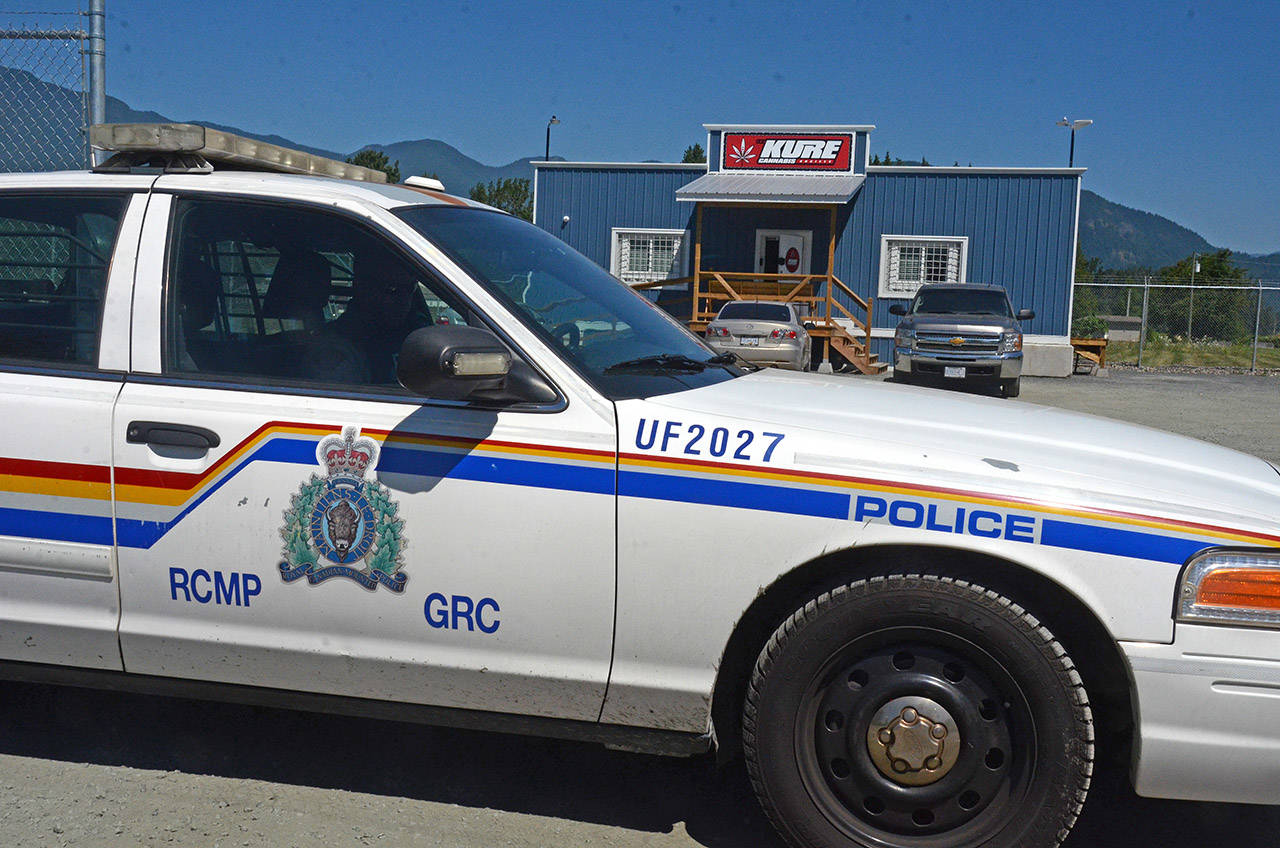 From surreynowleader.com link to article by PAUL HENDERSON, July 12, 2018

Several people were taken into custody and later released. An RCMP release said drugs believed to be marijuana and cash were seized by officers during the searches.

Chilliwack RCMP spokesperson Cpl. Mike Rail confirmed that in addition to the dried marijuana seized there was packaged edible products, oils, salves, and other items.

Police were unable to say exactly how much product was seized at this point.

“Evidence will be reviewed to determine whether police will be submitting all circumstances of the investigation in a report to the BC Prosecutors Service for their assessment of CDSA charges,” Rail said.

On July 13, a notice was posted on the Facebook page for The Kure Cannabis Society that said they would be closed until further notice. Bu July 16, that was still the latest post.

“Unfortunately, we were raided by the RCMP yesterday,” the post said. “Closed until further notice.

“Thank you Chilliwack/Hope/Agassiz for your business and welcoming us to your communtity [sic]. We look forward to providing medical alternatives to you again in the near future”

The Indigenous Bloom Facebook page had no message, there is no phone number listed, and multiple messages to the company via Facebook were not returned.

Kelowna-based Indigenous Bloom Corp. CEO Michael Matvieshen responded to a phone call and said he would get someone involved with the local band to respond to questions, but no one called before The Progress went to press.

RCMP officers at each location confirmed Thursday they were executing search warrants on the two, unrelated dispensaries.

Outside Indigenous Bloom, which opened its doors just seven days prior on July 5, a number of individuals gathered and sat on lawn chairs outside the fenced off parking lot while police were inside.

When approached, one individual “we don’t want you here” and “we are dealing with it.”

Another woman with the group said only: “You can go now.”

The search warrants from police came just one day after staff at Indigenous Bloom had said they planned a grand opening complete with Indigenous dancing.

After the raid July 12, one customer said the shop opened up the next day and product was available. But a day after the raids, the company’s sleek website, indigenousbloom.com, which had included information about long-term plans and a list of the board of directors, was inactive.

Land is being prepared, and a sign recently went up for a second Indigenous Bloom shop on Wolfe Road on Shxwha:y Village land.

In a press release before the opening, Chief Betty Henry of Kwaw-Kwaw-Apilt said her community is fully behind the venture, and the purpose was to help eliminate criminals marketing illegal drugs to her community members.

The marijuana at Indigenous Bloom was said to be provided by a licensed cannabis growing facility (LP) on the nearby Shxwha:y Village.

“The Cannabis Industry is being built and developed on First Nation community lands and the community laws will govern how this is to be done,” according to a press release issued July 6 by the bands.

The problem is that selling cannabis at a storefront is still illegal in Canada, despite announcement of legalization coming in the fall.

A spokesperson for the Ministry of Public Safety and Solicitor General said “any cannabis retail store currently operating is illegal.”

Health Canada confirmed that storefronts selling cannabis, whether they call themselves “dispensaries” or not, are unlicensed and illegal.

And the RCMP confirmed that anyone operating in convention of the Controlled Drugs and Substances Act is subject to investigation and criminal charges.

A Chilliwack RCMP officer outside The Kure Cannabis Dispensary on the Skwah First Nation on July 12 as a search warrant is executed. (Paul Henderson/ The Progress)