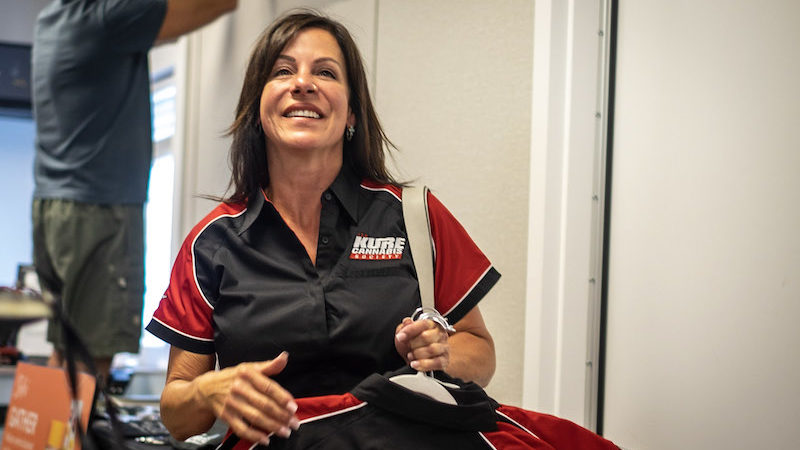 From thetyee.ca link to article by Braela Kwan June 25th 2019

As co-owners of the Kure Cannabis Society, Carrie and Adam spent months preparing for the June 21 re-opening of their former store, located on the Skwah First Nation reserve in Chilliwack. They closed last October so they could apply for a government licence as a legal cannabis business.

“We’re pretty proud of it,” said Adam, who is a councillor on the Skwah First Nation council. “Being the first Native and the first one to have [a licence] on Native land is pretty cool.”

Carrie and Adam said understanding and implementing the licensing rules was time-consuming as they spent over six months navigating the application. But it was also challenging for provincial authorities implementing their regulations on reserve land for the first time.

While the shop was temporarily closed for setup and staff training, many past customers regularly inquired about when the shop would be open again.

“In the time that we were setting up and training, we would have 25 people come here per day that were asking if we were open,” said David Jones, a staff member at the Kure Cannabis Society.

The enthusiasm was also evident online, where comments on the shop’s Facebook page demonstrated an audience of customers awaiting the store’s re-opening date.

The soft opening of the store at 1 p.m. on June 21 was met with a line of people waiting to enter the store, and a flow of new and returning customers continued during the day.

The owners want to be open from 9 a.m. to 9 p.m. daily, but have delayed those plans thanks to a shortage of staff as employees wait to receive security clearance from the provincial government.

“The security screening has been a process because it’s taken so long for everybody’s security to pass through. We’re still short-staffed because of that. That’s why we’re opening with shorter hours,” Carrie said.

The Liquor and Cannabis Regulation Branch requires that all workers in a cannabis retail store pass a security verification screening, which has a $100 application fee per worker. Once passed, the worker receives a verification letter that must be shown to inspectors.

The Kure Cannabis Society currently has six staff members but hopes to have 10 by its grand opening on July 1.

“We need to have more people who can work here,” Adam said.

The shop first opened in May 2018 as a cannabis retailer and closed on Oct. 15 that year. In July 2018 it was raided by the RCMP and temporarily closed, but re-opened soon after.

During a tour of the shop, Jones showed The Tyee the dried cannabis, oil capsules and sprays, and cannabis accessories available for purchase. Cannabis edibles, a popular form of cannabis consumption not yet federally approved for legal supply, were not available.

In the transition to the legal retail space, the Kure Cannabis Society must source all its products from the federal government’s directory of legal suppliers. All non-medical cannabis supply orders must be made directly through the Liquor Distribution Branch, with the exception of accessories.

“Everything comes from the government. It’s all pre-packaged. It’s all vacuum-sealed. Everything that you get will be high grade. It is high grade, despite what other people say,” Carrie said.

On opening day, one customer inquired about cannabis-infused gummies, but was disappointed to find out that they were not for sale. Before exiting the store, she suggested a nearby, non-licensed cannabis retail shop was selling non-regulated gummies.

Her concern echoed many of the ongoing concerns surrounding the price, quality, and availability of legal cannabis products from the federal government.

Carrie acknowledged the concerns but defended the quality of legal cannabis.