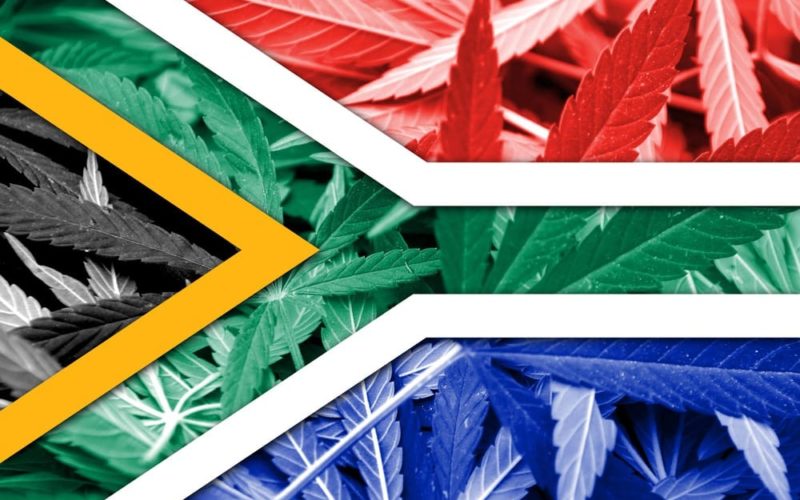 The South Africa Cannabis Struggle: Free At Last…Or At Least in 2023?

South Africa moves forward on cannabis reform, leading the continent (along with Lesotho) in creating a viable industry.

From High Times by Marguerite Arnold May 4 2021

For those who have witnessed epic struggles over civil rights where they intersect with cannabis, the story in South Africa so far has been one of the most dramatic in the world.

Starting with this fact. Cannabis, everywhere, as of the early part of the twentieth century was connected, somehow, with an appalling level of exploitation based on race. South Africa, sadly, however, was one of the most fiercely fought battlegrounds, and for a number of reasons – all of which were geopolitical rather than scientific in nature.

In the U.S., Germany, and South Africa specifically, the associations with the plant (known locally as Dagga) were with the forbidden. With extreme racism. With “aberrant” sex. And whatever else supposedly came with that. Indeed, Harry Anslinger, the infamous American anti-cannabis crusader, specifically railed against Black men and white women who danced together under “the influence” of the supposed devil weed. Such themes were amped up on steroids, terribly, in several places where cannabis prohibition became baked into law and practice for the next hundred years.

None of this was innocent or even unconnected. All these efforts were dependably able to incite violent mobs against those who transgressed against these ideas. See the extremism of the KKK in the American South, literal genocide in Nazi Germany, and the first terrible twist into what would become known as Apartheid in South Africa.

Beyond the more “modern” acceptance in other words, about all things race, gender norms and even same-sex pairings, which have also come to South Africa, cannabis has played a steady if not always fragrant role. Starting with this fact: even with the African National Congress in power (as it has been since Nelson Mandela’s release from prison in 1990), it took until 2018, and in court no less, for the government to even decriminalize personal possession and use.

This is the terrible thing about the cannabis story in South Africa (and Lesotho beyond that). Prohibition was tied to systematic racism, but not limited to it.

That too, is now formally coming to an end in the new age if not world of internationally legit cannabis.

The Growth of An Industry In South Africa

Cannabis was introduced to Africa by early Arabian and Indian traders. Tribes like the Bantu used the plant for a variety of uses seen in other indigenous tribes in places like South America. Afrikaner (Dutch and German) settlers also widely used it in tea and other traditional foods which make use of the plant.

As of the turn of this century, in 2003, no matter the pogroms that have taken place against those who used and grew the drug historically, Interpol rated South Africa as the fourth largest illegal cannabis producer in the world. Most of the cannabis seized in the UK is of a South African origin. The Dagga Party, a political party dedicated to the legalization of the drug, was founded in 2009. By 2016, the Medicines Control Council (now the South African Health Products Regulatory Authority) was essentially forced to recognize the basic medicinal health impacts of the drug.

Quite ironically, in some ways, the entire legislative discussion in South Africa and Lesotho (which it surrounds), has matched and paced that of Germany specifically. This is true both in the political timing and at least the cultivation certification and standard setting.

Since 2018, the last several years since have seen a quiet revolution take place. At this point there are not only legitimate cultivation projects underway and financed by the big Canadians (all of whom ended up in some form or fashion in at least Lesotho with varying degrees of success), but domestic entrepreneurs determined to sell both at home and abroad in a new and regulating industry.

Voices from The Frontier

To get a good sense of what some of the challenges still are, High Times went to several firms and people directly involved on the leading edge of certification to get a quick snapshot of the industry from those leading the way.

While the law has not formally changed here (and will not for the next two years), there have been firms who have already started to obtain licensing. One of them is SafriCanna, a cultivation company in South Africa, “now on the verge of obtaining EU-GMP certification and exporting globally” according to a company spokesperson. “South Africa’s agricultural industry is one of the largest globally with a rich history of growing at commercial scale. South Africa is the only country in Africa which is a member of PIC/S (Pharmaceutical Inspection Co-operation Scheme), which is one of the reasons why South Africa has many globally respected pharmaceutical companies and brands.”

It is for this very reason that exports, particularly to Germany and the rest of Europe, are so interesting.

Beyond this, the licensing process itself has picked up speed – not only in South Africa but also in Lesotho. Per Luke Van Der Nest of MG Health, “Lesotho and the wider Southern African region has the infrastructure, growing environment and now regulations to truly compete on a global scale. Lesotho specifically has a long history with the medical benefits of the plant, and it presents a great opportunity to drive economic growth in the country.”

According to Tseli Khiba, a commercial lawyer and a committee member of the African Union‘s Expert Committee on Cannabis, “As a lawyer who has been involved in the cannabis industry in Lesotho, we have seen the cannabis ‘green rush’ with numerous entrants coming into the market,  licensing requirements becoming clearer and well regulated, and ongoing review of the current legal framework to encourage further development and growth of the industry.”