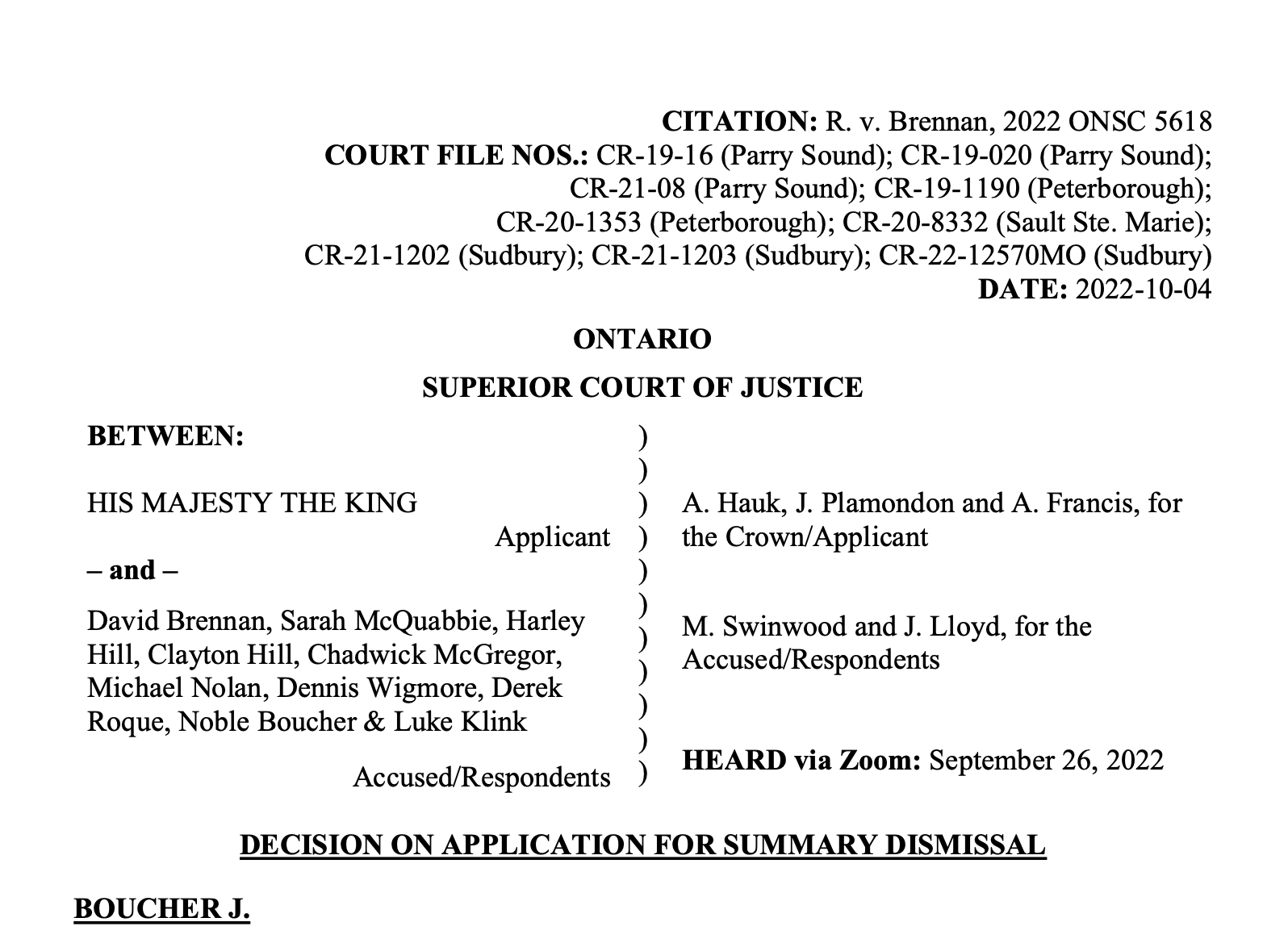 A group of 10 Anishinaabe cannabis users and dispensary owners who have raised a constitutional challenge to Canada’s Cannabis Act, won a victory at the Superior Court of Justice in Ontario yesterday. In a seven page decision, Justice P.J. Boucher refused a motion by the Crown to summarily dismiss the case “without further hearing or inquiry.” This was the second time the Crown has brought a motion to dismiss, having previously succeeded in dismissing four of the five original constitutional questions that were raised.

The defence responded to the Crown’s claims with a 30 page legal argument and a 450 page book of authorities response.

In the case of the constitutional question raised under Section 35 of the Constitution Act, Justice Boucher decided that “the Crown has not met its onus on this application. The Crown has not established that there is no reasonable prospect of success, that the claim is frivolous or that it patently lacks merit.”

A further positive effect of the court process is that in its application, the Crown stated that in reviewing the expert witness reports prepared by the defence, “the Crown need not address the question of whether the unrecognized First Nations community, the Amikwa, exists. The Crown proceeds on the basis that the defendants have met this threshold. Although the Crown does not concede that the defendants have established the existence of the Amikwa as a rights-holding group, for the purpose of this application the Court can assume they have.” This recognition of the Amikwa – however limited – is notable, and a significant advance for the defendants.

As a result of Justice Boucher’s decision, the case will be headed to a further case management hearing on October 17th, and the hearing of the constitutional challenge is scheduled for multiple dates in 2023: February 27th to March 3, March 6th to 10th, and March 27th to 31st.

The full available legal documentation for the case is available on the Dispensing Freedom Resources page under the heading Constitutional Challenges.