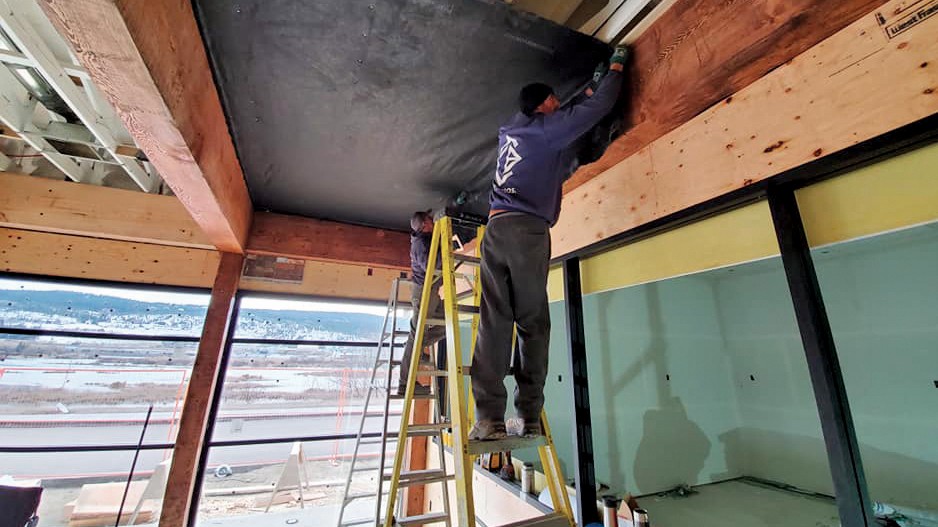 The right to self-determined economic development

The agreement gave the nation the power to pursue its own vision for participation in the cannabis industry. It afforded flexibility for economic development, without eschewing provincial and federal health and safety restrictions.

Less than a year later, the First Nation is about 95% of the way to completing its state-of-the-art 7,000-square-foot Sugar Cane Cannabis facility, which will include a federally licensed micro-cultivation component and a provincially licensed boutique retail outfit.

It will be B.C.’s first farm-gate cannabis facility, made possible by an inter-government agreement that is now being looked to as a model for how other First Nations can more fully participate in the growing legal cannabis economy.

“Generally in British Columbia, there’s a prohibition for companies to operate in both the retail and cannabis space,” said Kirk Dressler, director of legal and corporate services at Williams Lake First Nation and CEO of Sugar Cane Cannabis.

“In this case, our agreement specifically recognizes that our company will be doing both of those things. And so it’s the first kind of exception to that rule in British Columbia.”

The facility, which Dressler anticipates will be open by late August, is unique, because it wouldn’t be authorized in any other context in B.C., absent an exception. He added that provincial policies to allow other farm-gate operations won’t likely be available to B.C.’s cannabis industry until at least 2022.

For a one-year period, Cowichan Tribes will be able to participate in both cannabis retail and production as B.C. adjusts its regulatory framework to support “continued development of a robust and diverse cannabis industry that is inclusive of Indigenous Nations,” according to the Ministry of Public Safety and Solicitor General.

In its 2020 annual report, the BC Treaty Commission noted that the implementation of the United Nations Declaration on the Rights of Indigenous Peoples will require governments to vacate power, and in turn empower Indigenous Nations to govern and make their own decisions.

“All relevant government departments must lead the way in assessing whether their old authorities and ministerial discretion are still needed in a time of reconciliation and partnership, and vacate jurisdictions to make greater space for Indigenous self-government,” wrote Chief Commissioner Celeste Haldane in the year-end report.

“Failure to do so will impede Indigenous self-determination, and impede the negotiations of treaties, agreements and other constructive arrangements, and will impede reconciliation.”

Williams Lake First Nation Chief Willie Sellars told BIV last year that the nation had to push for the right to execute its own vision for economic development.

“We’re pushing the envelope a little bit by creating our own cannabis law,” he said at the time. “And you’re seeing other First Nations in the province doing the same thing. It’s like the Wild West out here in some places. We wanted to get the province’s attention, which we did, and we started negotiating right from the outset.”

Miller Titerle + Co. represented Cowichan Tribes in its cannabis discussions with the province. Yvan Guy Larocque, a lawyer with the firm’s Indigenous law group, said that the newness of Canada’s legal cannabis industry, First Nations’ interest in participating in it and the increasing recognition of international Indigenous rights in courts and legislation have been a catalyst for jurisdiction discussions.

“A lot of nations have taken this as an opportunity to enact laws on cannabis, but, you know, it could be other things. It could be on forestry or mining. Cannabis is just a small piece of it. It just so happens that’s been an opportunity to push the jurisdictional issues of the discussion.”

But while an exemption to a law may be enough to spur economic development, it doesn’t necessarily recognize jurisdiction. Larocque said there is also a lot of uncertainty and inconsistency surrounding how the B.C. government is working with Indigenous Peoples on issues related to jurisdiction.

“Right now, the approach is: ‘Our laws apply. We’re not really recognizing jurisdiction, necessarily. We’re going to provide you exemptions to our laws.’ But I think that conversation is going to change, especially in B.C. with DRIPA [the Declaration on the Rights of Indigenous Peoples Act].”

Larocque said that the suggestion that other levels of government should vacate jurisdiction to make room for Indigenous law-making is a “bit of a chicken-and-egg scenario.”

“In the absence of laws and regulation, there’s a vacuum,” he said, adding that Indigenous communities need to be prepared to step in wherever the province or federal government is prepared to step out.

Agreements such as the one signed by Williams Lake First Nation ensure that the nation’s strategy for cannabis development is legal in the eyes of the provincial government.

Williams Lake First Nation’s agreement not only allows cannabis produced on-site to be sold on-site, but will also allow Sugar Cane Cannabis to sell its product in up to seven other stores it owns throughout B.C.

A Unity Cannabis location is planned for Williams Lake. Final approval is pending for a shop in Merritt and another location is underway in Penticton.

“We’re going to try to spread ourselves out strategically throughout the province to get our product and our brand out there to the British Columbia purchasing public.”