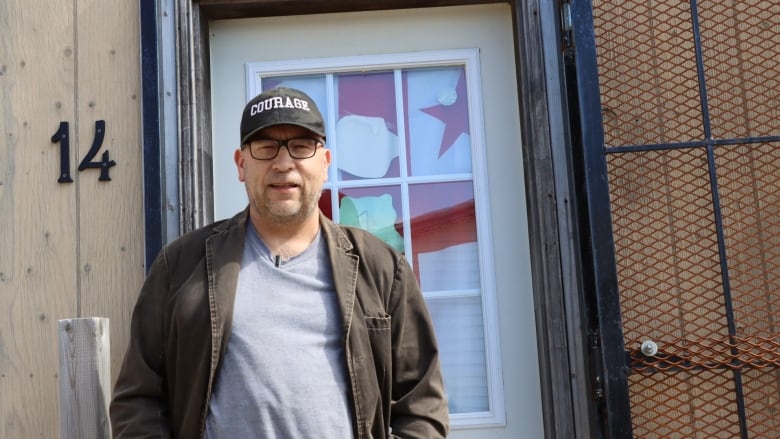 From CBC by Erin Pottie September 2 2022

A Cape Breton man waited nearly two years to argue for what he says is his right to sell cannabis on reserve lands.

But just as Albert Marshall Jr.’s trial got underway on Monday in Eskasoni First Nation, N.S., it came to a halt.

Marshall had been accused of operating a cannabis storefront in Eskasoni without a licence. The offence falls under Nova Scotia’s Cannabis Control Act.

The matter was dismissed by a judge after the Crown said its lead investigator is no longer available.

A spokesperson for the Nova Scotia Public Prosecution Service said there was no realistic prospect of conviction after a review of remaining evidence.

“I’m kind of upset about it because I would have liked to have gone all the way to the end of it — right to the Supreme Court — to justify our inherent right to trade medicine, to trade plants,” Marshall said.

Marshall said part of his legal argument was the fact that Indigenous people have been trading medicinal plants for centuries.

Robert Risk, his lawyer, said while the outcome of the trial was somewhat of a victory for Marshall, there was no ruling as to whether Indigenous people have inherent rights to sell cannabis legally on reserve.

“Unfortunately, it doesn’t set any precedent that establishes the Indigenous right to trade or sell cannabis,” Risk said.

“The trial didn’t proceed far enough where we would have any precedential value to either Mr. Marshall himself going forward in operating such an establishment, or to others that might wish to do the same.”

That means Marshall and others could find themselves in legal trouble should they continue to sell cannabis.

Most cases dropped or dismissed

In preparation for their case, Risk looked at other provinces but was unable to find any similar cases that resulted in a decision.

Most of the cases he reviewed had a similar result. They were dropped or dismissed by the Crown.

Risk said he expects unlicensed cannabis storefront owners will be paying close attention to similar cases that have yet to be heard across the province.

RCMP say they visited the small shed along Crane Cove on multiple occasions in an attempt to get its owner to shut down his business. Bear Buds was eventually charged for operating without a licence.

RCMP said at the time they were working with Eskasoni’s chief and council on a measured approach to closing unlicensed storefronts.

Rather than regulating private cannabis sales, the Eskasoni band has signed a five-year deal with the Nova Scotia Liquor Corporation to open provincially regulated alcohol and cannabis outlets on reserve.