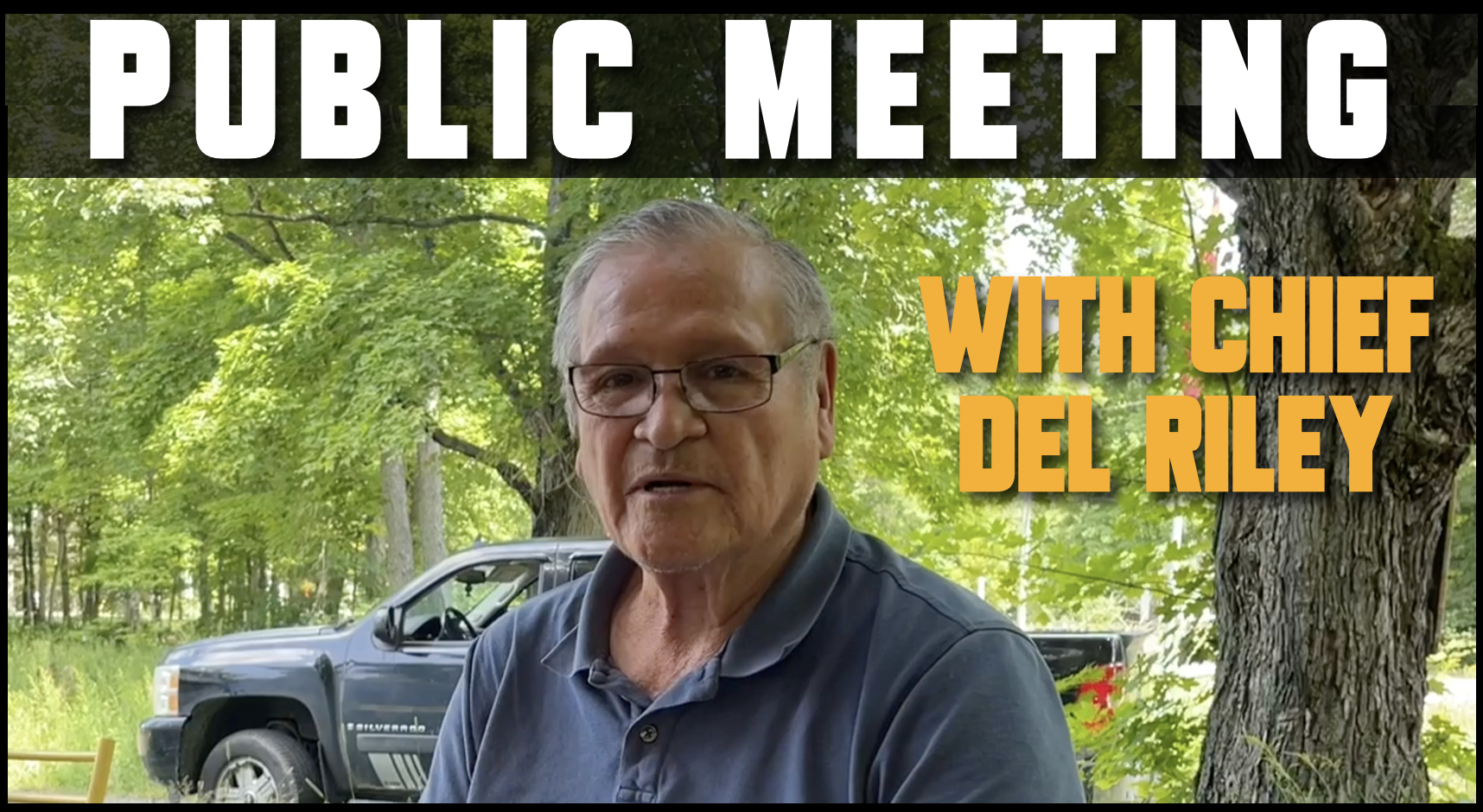 M’CHIGEENG FIRST NATION – Former National Chief Del Riley, the last president of the National Indian Brotherhood, will be speaking in M’Chigeeng First Nation on Sunday, August 7th. Chief Riley, who has been at the forefront of the battle to recognize cannabis as an Aboriginal and Treaty right, will be speaking at the Rainbow Ringers Horseshoe pits at 270 HWY 551 from 1-3pm. The event, organized by local dispensary Great Greenz, is free to attend. There will be food at the event, and door prizes will be provided, including a 55” Samsung TV, a portable AC unit, and a portable BBQ.

Chief Riley is a Hereditary Crane Clan Chief of the Chippewa Nation, the last President of the National Indian Brotherhood, a past President of the Union of Ontario Indians, and a past chairman of the World Council of Indigenous Peoples. Among Chief Riley’s many contributions, he helped to author and negotiate Sections 25 and 35 of the Canadian Constitution as the President of the National Indian Brotherhood. Section 35 is credited with winning over 270 Aboriginal and Treaty rights court cases, and is being used as a defence to have charges dismissed in a number of different Indigenous constitutional challenges against Canadian Cannabis laws.

The topic of the meeting is “Why the Indigenous cannabis industry is a constitutionally protected Aboriginal and Treaty Right,” and Chief Riley will make a presentation and answer questions from the audience. Over the last several years, Chief Riley has spoken in over a dozen Indigenous communities as he brings his legal analysis and political experience to address the question of the rights of Indigenous entrepreneurs to open cannabis dispensaries.

Chief Riley’s talk comes in the context of ongoing discussions in M’Chigeeng about the rights of the people to their own cannabis industry. On May 27, 2022, the HIAH Corp. Economic Development released a report on the results of a cannabis survey completed in the community in May.

73 people responded to the Band Council’s survey. Although the survey involved only 0.03% of the band membership, the results are consistent with surveys carried out in other Indigenous communities which have shown broad based support for the Indigenous cannabis industry.

82% of respondents supported the existence of retail cannabis outlets in general. Comments by some respondents indicated that they thought that crime rates would go down once cannabis was available in the community. Others thought that cannabis would reduce dependence on pain killers and opiates. Those opposed to dispensaries suggested that cannabis was just another drug that community members could become addicted to.

In terms of whether cannabis retail outlets should exist in M’Chigeeng, 80% of respondents indicated that they supported having a retail cannabis outlet in the community. One respondent said “More and more elders are turning to Marijuana for pain relief. Having one here could provide more accessibility to them instead of driving or finding a ride to neighbouring reserves.”

Others suggested that “we should use a sovereign approach” that would benefit the community and another said, if “somebody wants an Ontario Licence, do it outside of our nation.”

45% of respondents indicated that they would prefer having on reserve cannabis businesses run by local entrepreneurs, while 30% would rather have the business run by the band. One critic of the Band stated that “This is a business opportunity that should be for the people. The band does not have resource or HR staff. Let the private sector come up with the plan to grow this industry… The First Nation has enough businesses, supporting the new entrepreneurs would be helpful… it is not the role for the band to sell weed on the corner.”

Others asked, “when have we ever had a M’Chigeeng business that was successful” and said, “the Band would mess this up. Our council is too old, we need fresh mindsets.”

In the survey many respondents pointed to the seriousness of the “drug epidemic” in M’Chigeeng, and expressed hopes that some of the profits from the cannabis industry would go to supporting community programs and recreation.

The survey results were welcomed by cannabis entrepreneur Dane Bebamash who operates Great Greenz, the only dispensary open on M’Chigeeng First Nation. The store, located at 81a HWY 551 has been open since December 2021, even though it was raided a few days after opening.

“These survey results are vindicating” said Bebamash. “I already knew that I had a lot of community support from the petition I started and the feedback I’m getting from my customers. Cannabis is an Aboriginal Right, and having my store here is benefiting our community and as the Band Council survey shows, it is what the people want.”

There are currently over 300 Indigenous dispensaries open on reserves across Canada. According to constitutional expert Chief Del Riley, these stores all have a Treaty and Aboriginal Right to sell and trade cannabis. In January, Chief Riley wrote a letter to the M’Chigeeng band council encouraging them to drop their “moratorium” on cannabis sales in the community.

After hearing about the survey results, Chief Riley said “this is just more proof that our people know their rights and are aware of the benefits of grass roots entrepreneurship. Establishing and growing our own businesses in accordance with our Aboriginal and Treaty Rights will help us achieve the economic sovereignty we need. The whole of Manitoulin Island is unceded Indigenous land, and the Feds, the Province and the Band Council have no right to impose their systems on our people.”

As a result of the survey results the HIAH Board of Directors has indicated that it will “continue with the research” and “begin the process of developing a draft Cannabis Law, Regulations, and Applications.